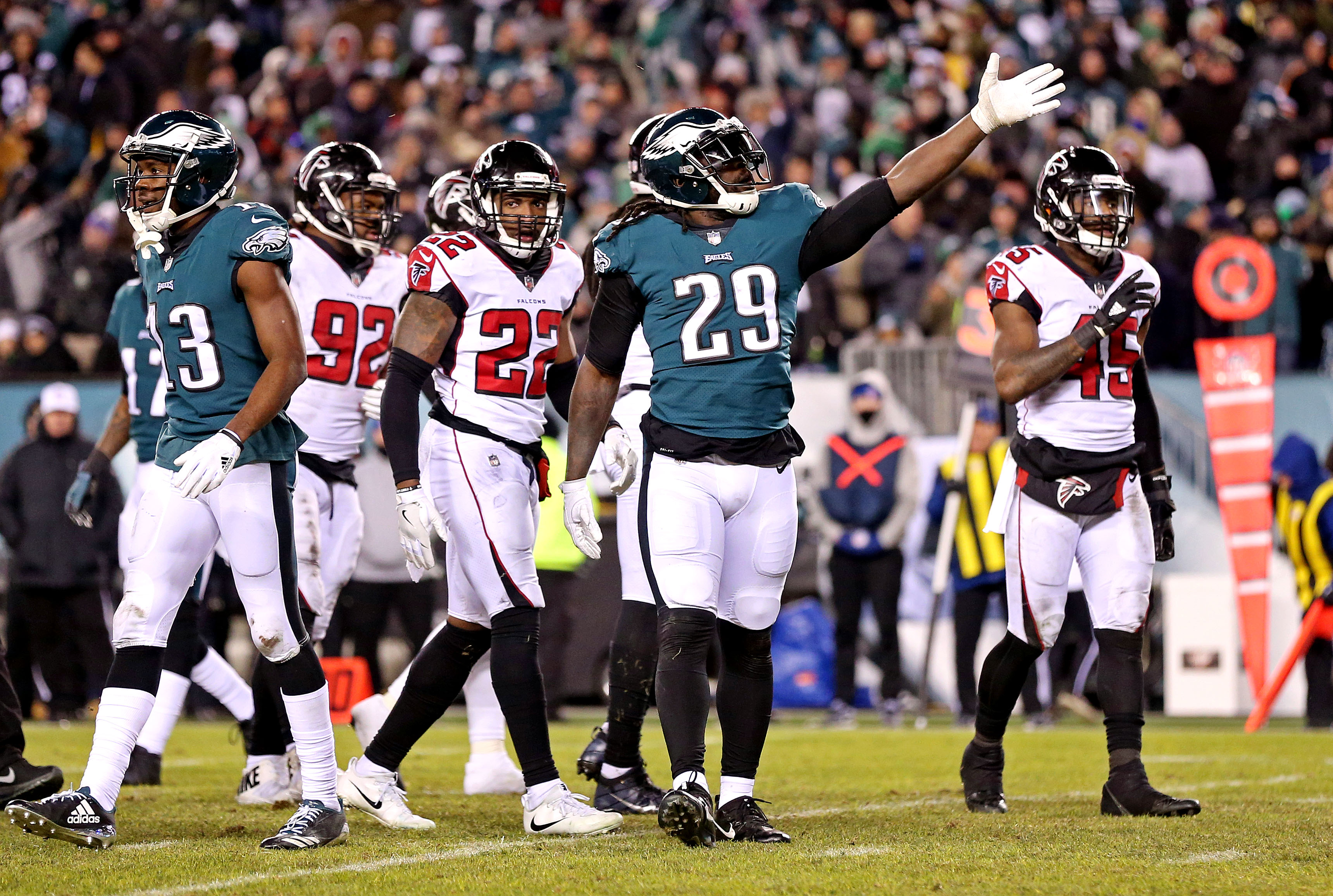 It was a nerve-wrecking game from start to finish, but the Philadelphia Eagles are moving on to the NFC Championship game with a 15-10 win over the Atlanta Falcons.

It was a rough start for the Philadelphia Eagles offense this after noon. After the Eagles seemingly got a huge break on a 42-yard pass interference call, running back Jay Ajayi immediately coughed up the ball, ending the Eagles’ drive after just two plays.

Atlanta would take over and put together a 11-play drive capped off by a 33-yard Matt Bryant field goal to jump out to an early lead.

Later in the first quarter, Ajayi not only redeemed himself, but became the workhorse for the Eagles offense, picking up the bulk of the yards on the drive. The Eagles’ run-game helped set up a one-yard, fourth-down touchdown touchdown run by LeGarrette Blount.

The celebration would not last long as an Atlanta punt would hit two Eagles before the Falcons recovered deep in Philadelphia territory. Atlanta would take advantage of costly Eagles penalties, including a ridiculous personal foul call, to set up a six-yard touchdown pass from Matt Ryan to running back Devonta Freeman.

Late in the first half, the Eagles were able to come within one score when a Nick Foles sideline pass to receiver Alshon Jeffery with one second left helped set up a 53-yard field goal by Jake Elliott.

Midway through the second half, Foles began to show great poise, especially with the run-pass option. At the end of the third quarter, Foles would lead a 12-play drive capped off by a 37-yard Elliott field goal to put the Eagles back out in front.

Just beyond the middle of the fourth quarter, Elliott would extend the Eagles lead with a 21-yard field goal.

Late in the fourth quarter, the game came down to a single play with Atlanta on the two in clear scoring position on fourth down. A pass from Ryan to receiver Julio Jones would sail out of bounds, giving the Eagles the ball back with less than a minute left.

The Eagles would run one more play before going into victory formation, advancing to the NFC Championship against either the Minnesota Vikings or the New Orleans Saints.