The Pelicans Top Trailblazers 119-113 In Shoot Out 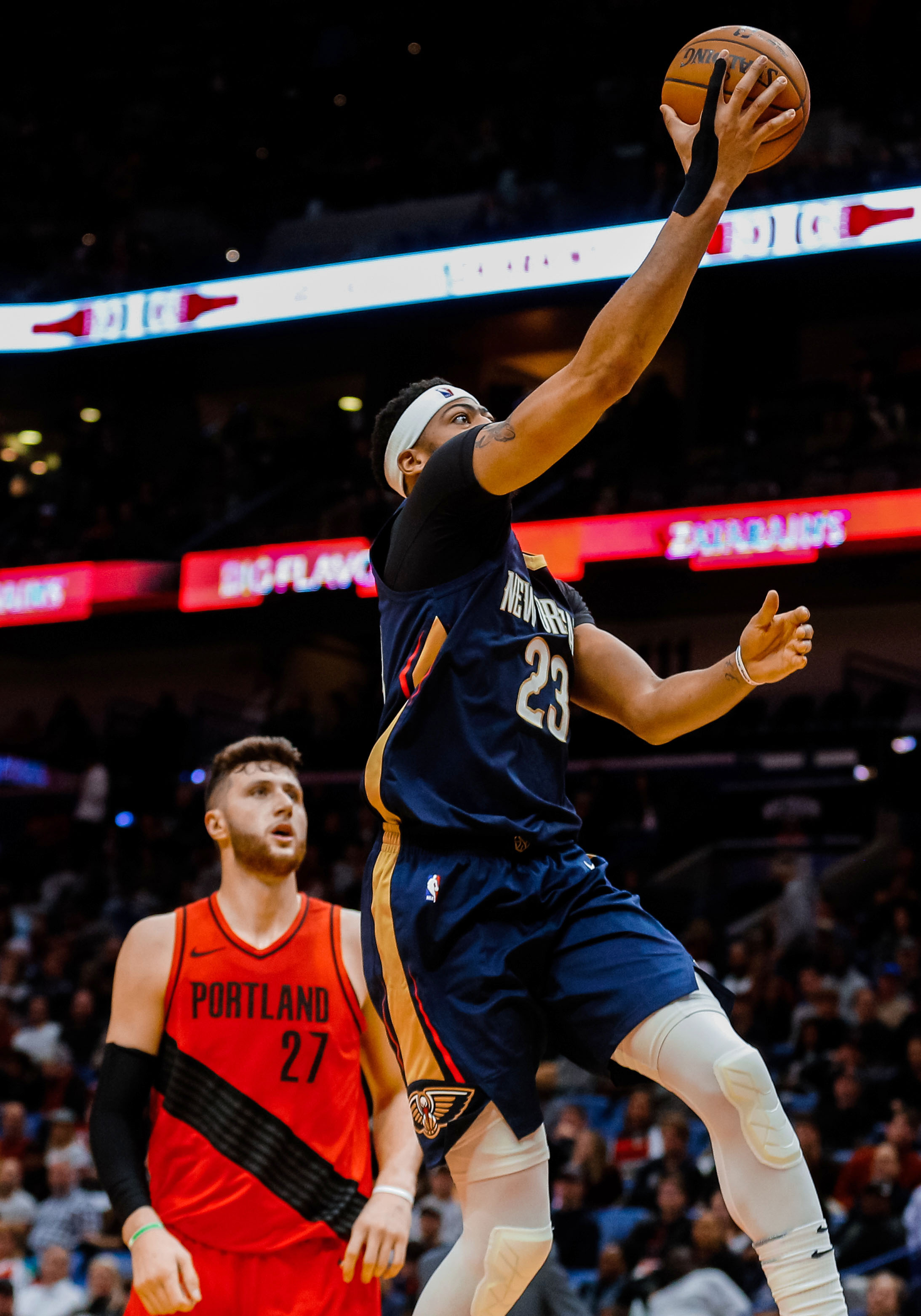 The Pelicans Top Trailblazers 119-113 In Shoot Out

New Orleans, LA- The New Orleans Pelicans faced off against the Portland Trailblazers Friday night in The Smoothie King Center, in front a crowd of over 17 thousand. Anthony Davis back from a one game out because of a sore ankle was the main catalyst in New Orleans’s push for a victory against Portland. Davis was aggressive & focused showing his offensive & defensive prowess on the way to a 36 point 9 rebound performance. Portland had no answer for Davis or DeMarcus Cousins for that matter.

New Orleans won 3 of the 4 quarters of the game while shooting 55% from the field & 37% from outside. The Pelicans still turned the ball over 18 times for 28 opposition points but the fact the transition D was better & they converted 96% from the charity stripe. The Pells won the battle of the points of paint 62-54. The Trailblazers led by the dangerous duo of Lillard & McCollum combined for 46 but struggled as a team to deal with New Orleans’s top three.

In the end the Pell’s closed out a quality win against a tough Western Conference opponent 119-113 & they climb over 500 once again in a seesaw of season so far.

The Portland Trailblazers top scorers were both Lillard & McCollum who scored 23 points apiece.