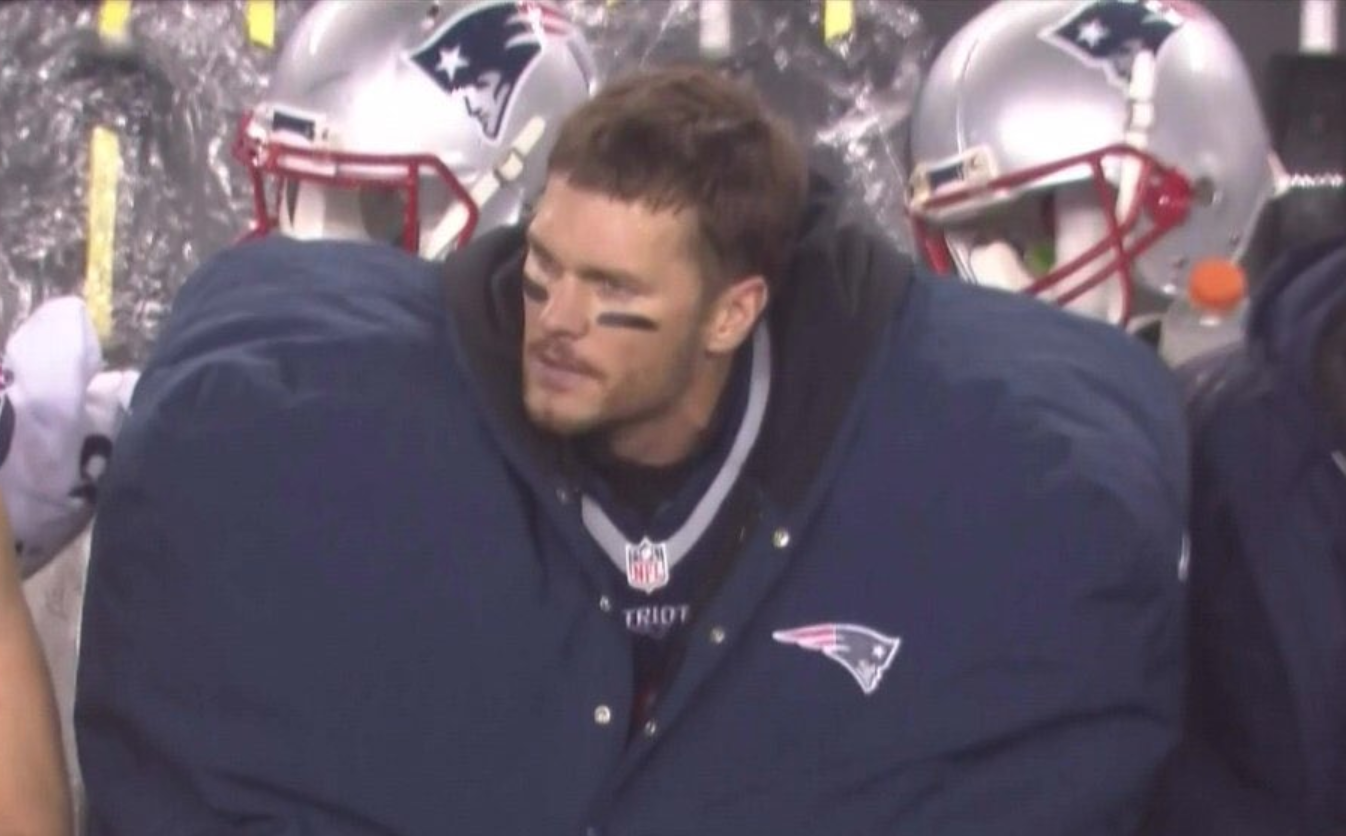 The game-time temperature was 22 degrees in Foxboro for Saturday’s divisional-round showdown between the Titans and Patriots at Gillette Stadium, and players did whatever they could to stay warm.

For Patriots quarterback Tom Brady, that entailed wearing an absurdly large jacket, which looked like it was at least three sizes too big for him.

Twitter users had a field day after Brady was shown wearing the jacket on the sideline. Check out some of the best reactions.

Brady’s jacket is nearly as big as his ego. #TENvsNE pic.twitter.com/qM6oGCOn47

@Patriots Does someone wear the Brady enormous jacket while he is on the field to keep it warm for him? I am available to help out if need be #DoYourJob #NotDone #NFLPlayoffs 🙋🏻‍♂️

WHO ARE THE THREE SMALL CHILDREN SITTING ON EACH OTHER'S SHOULDERS UNDER THIS JACKET AND WHAT DID THEY DO WITH TOM BRADY pic.twitter.com/x2BH64aeRQ

Tom Brady thinks his sideline jacket is so cool

Does Tom Brady have two other Patriots under that warming jacket?

It’s fitting that one of the greatest quarterbacks of all time wore one of the largest jackets we’ve ever seen an athlete wear during a game.