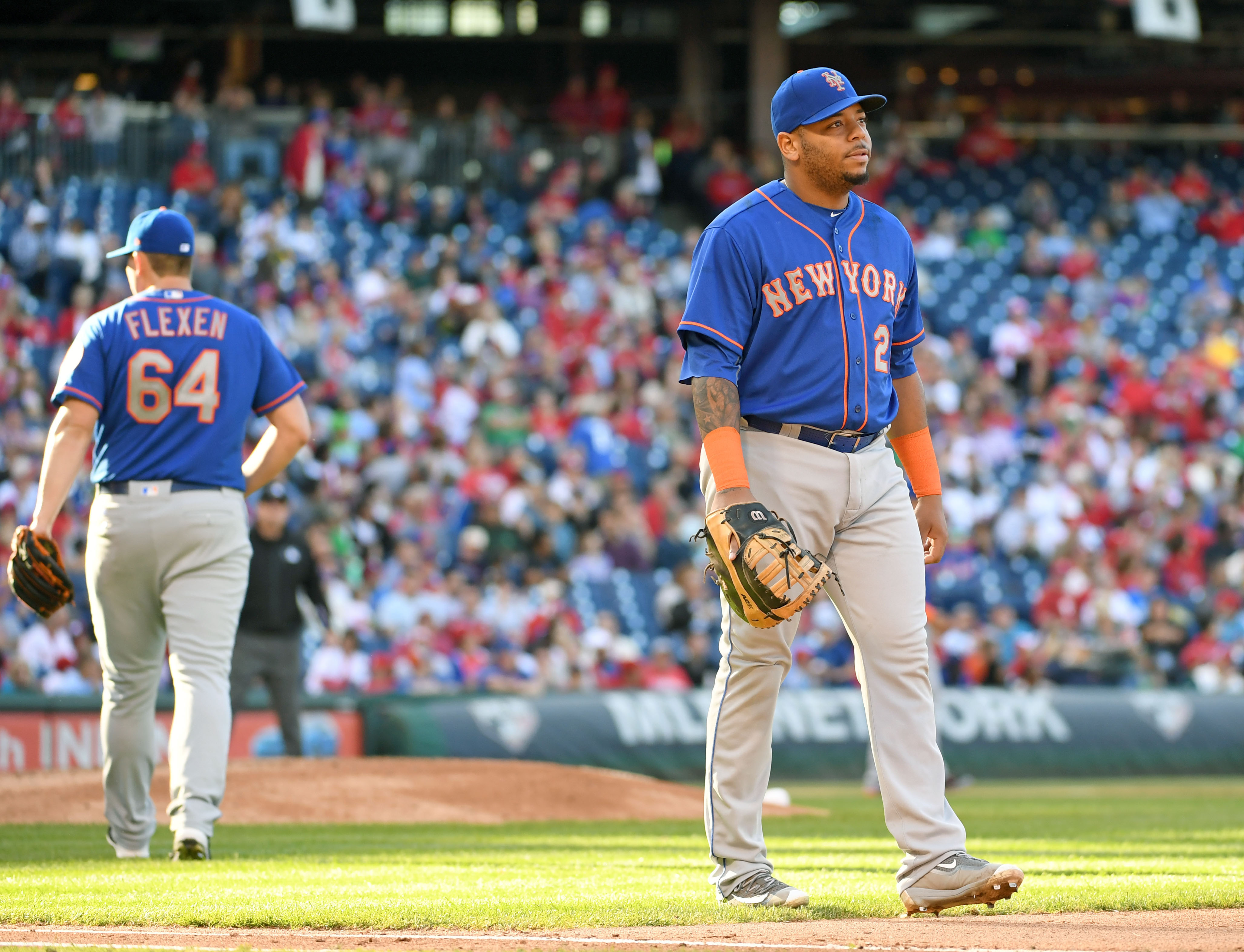 The New York Mets have waffled publicly about how they view first baseman Dominic Smith. General Manager Sandy Alderson delivered some harsh criticism early in the offseason, challenging Smith’s conditioning and noting that he did nothing to earn the first base job last September, but softened his tone as the winter progressed. The Mets’ actions have spoken louder than their words, however, as they seem highly motivated to find more options at first besides Smith. First, Jay Bruce returned with the expectation that he would get some time at first base this season. The Mets doubled down on first base insurance yesterday, signing former All Star Adrian Gonzalez to the league minimum to challenge Smith for the job.

This is nothing against signing Gonzalez, who prior to last season had been a consistent presence in the middle of the Dodgers’ order. Adding Gonzalez at the league minimum is a no risk move for the Mets, who can gamble that he can recapture his All Star form and give them legitimate production at first for next to nothing. If 2017 was simply the beginning of the end for Gonzalez, the Mets can waive him at no cost, and with new manager Mickey Callaway at the helm the Mets will likely be quicker to make a change. Terry Collins often stuck with his veterans to a fault, citing a need to “get them going”, something that shouldn’t be the case now.

The issue here is that the Mets’ lack of faith in Smith is disturbing. Smith was a highly regarded prospect entering last season and tore up Triple-A, but he looked out of sorts in a 49 game audition at the end of the season. 49 games is hardly enough time to determine that a player is a bust, but the Mets seem awfully quick to try and bury Smith in favor of either a converted outfielder (Bruce) or a potentially washed up 35 year old (Gonzalez). Gonzalez wouldn’t have received a big league contract, which will force the Mets to put him on the 40 man roster, if he wasn’t expected to play a significant role on the 2018 team.

It also creates an issue with the Mets’ bench production. If the Mets choose to carry both Gonzalez and Smith, they are essentially carrying two slow footed, left handed hitting first basemen. In a year where the Mets are expected to regularly utilizing an eight man bullpen, they will need their bench to be extra versatile in order to justify being a man short. Smith would eat up a valuable roster spot that could go to a guy like T.J. Rivera, who can play multiple positions. That would lead to the Mets sending Smith to Triple-A, where he will likely crush the level again and gain little experience against big league caliber pitching.

This competition will likely be settled in spring training. The Mets will give both Smith and Gonzalez plenty of opportunities to win the job, but the fact that they have constantly looked at upgrading at first means they don’t believe Smith can help them this season. Gonzalez will likely have the edge entering camp based on his track record, which is a shame for a team that needs to try and get younger.