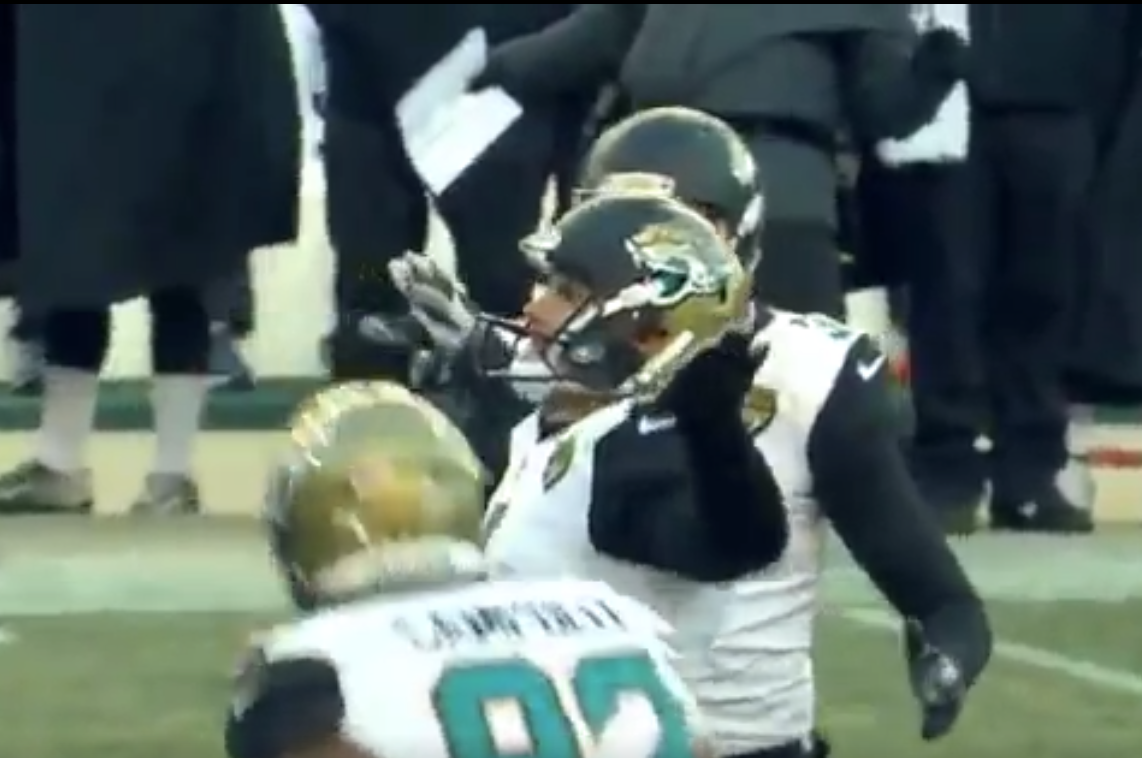 Lambo, who was released by the Chargers just before the regular season began, landed with the Jaguars in October. He was previously a free agent, and was signed by the team. Lambo had the opportunity to essentially seal Sunday’s AFC divisional playoff game with a 45-yard field goal, and that’s exactly what he did.

The Jaguars kicker calmly stepped up and drained the game-sealing kick with under two minutes remaining, giving the team a 45-35 lead. He followed that up with a funny celebration afterward, which you can see in the video clip below.