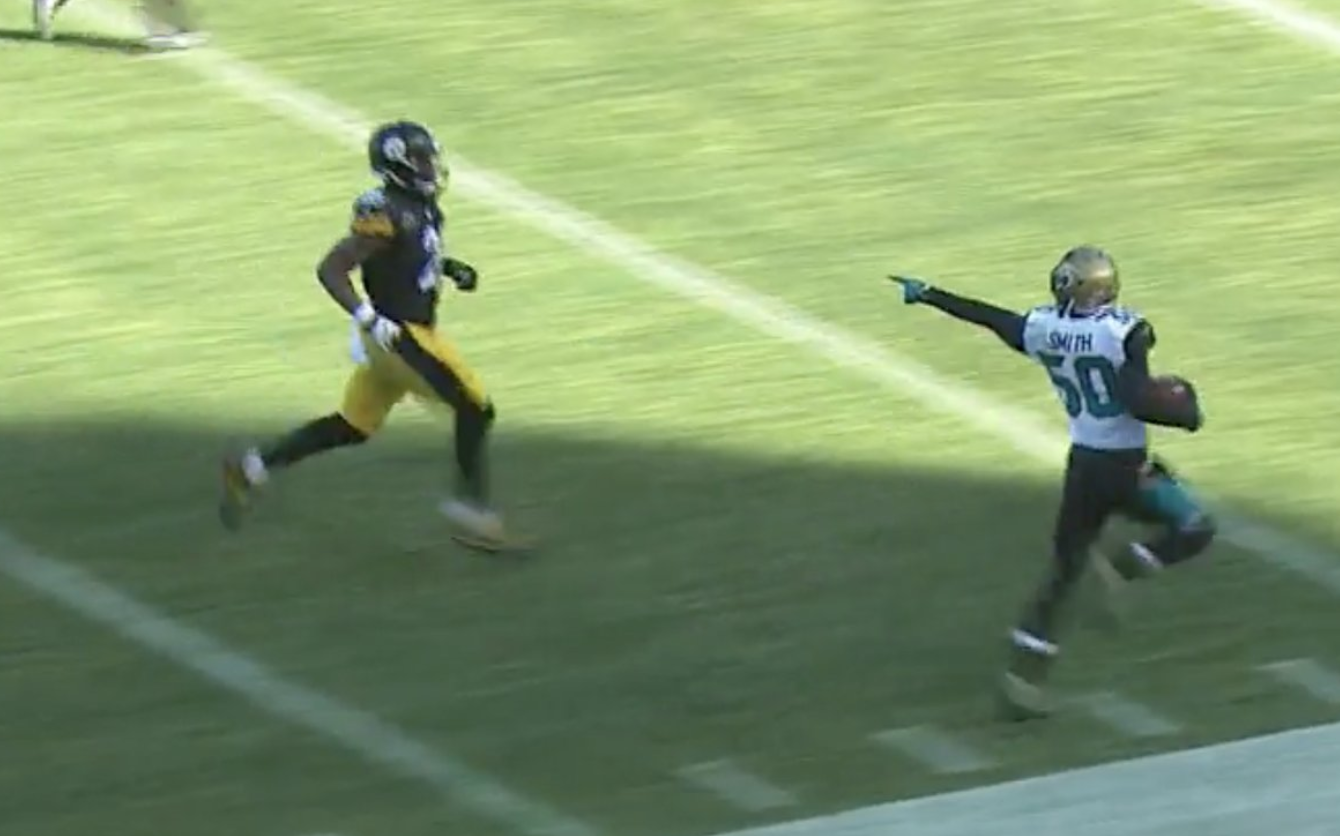 The Jaguars are in Ben Roethlisberger’s head, and they’ve been making sure to let him and the rest of the Steelers know about it.

Roethlisberger was responsible for two turnovers in the first half of Sunday’s AFC divisional playoff game, both of which were costly. The first was an interception by Myles Jack, which led to a Leonard Fournette touchdown run on the play that followed. The second was even more costly, as the Steelers had put together a solid drive, and had a chance to cut the Jaguars’ lead to one score late in the second quarter.

Unfortunately for them, Roethlisberger was pressured and had the ball stripped by Yannick Ngakoue on a second-down play. The fumble was recovered by Telvin Smith, and he returned it 50 yards for the touchdown.

Smith made sure to remind the Steelers what he had done, too, en route to the end zone. He turned and pointed to Le’Veon Bell while inside the 10-yard line, just before scoring.

#Jaguars up 28-7 after this Jags defensive touchdown off a Big Ben fumble. Telvin Smith scores pic.twitter.com/SOMMiUSYsm

Smith was hit with a penalty for taunting on the play.