Your Morning Dump... Where balance makes the Celtics a really effin' tough team 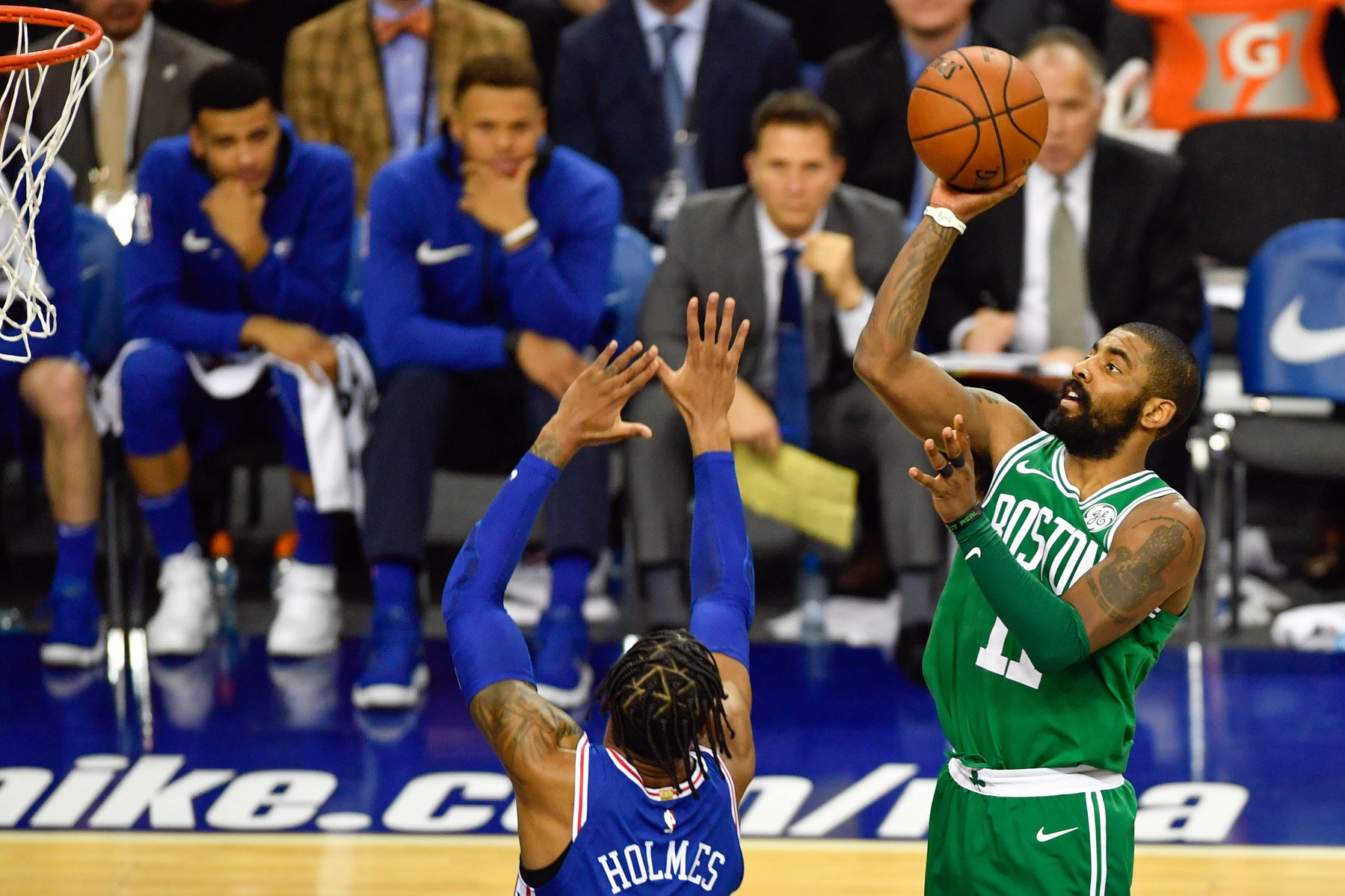 Your Morning Dump... Where balance makes the Celtics a really effin' tough team

“I mean, it’s concerning when you’re out there,” said Irving. “I think that when you look back on the game, you look back on some controllable things, you know, the way we start off games probably with our pace offensively, how much we are into the ball and making teams uncomfortable — things that we can just control, and the effort.

“And then when we come in and watch it on film, sometimes it could be we’re not making shots and it affects our defensive end, or defensively it’s affecting us offensively. We’ve had a tale of kind of playing both, of playing well offensively and not playing so well defensively and vice versa. So for us, we just try to find that balance, and when we do, then, I mean, we’re a really effin’ tough team to play against.”

I’ve said this a lot on the our podcast, but 15-20 point first half leads don’t mean anything anymore. Hell they don’t mean much until midway through the fourth quarter and even then the ability for teams to make 3’s nowadays makes comebacks so much more possible.

The Celtics and their top-ranked defense can get a couple of stops, fly out in transition, and find good shooters in the corners. How many times have we seen Jayson Tatum shake loose and drill big 3’s down the stretch? String a few stops in a row and all of a sudden it’s a six point game.

So in that respect I can see why it’s easy to brush off the Celtics propensity for falling behind.

It’d be nice if they didn’t do it so often.

I’m willing to let some of the December stuff slide due to the schedule. It’s hard to bring it for 48 minutes a night in rough stretches like that, but that part of the schedule is mostly done now. What I’m afraid of is some of the guys thinking “it’s ok, we can come back whenever we want” and playing lazy for too long.

The next few months are about building good habits for the playoffs. The Celtics can’t be digging big holes come playoff time because that’s a different animal.

But everyone on the team knows that, and I don’t think Stevens will let that kind of attitude go unchecked. I’d hate for it to come to that, though.

Things are going pretty well for the Celtics… but success breeds complacency and that’s a tough challenge for a coach. When players can look at him and say “but we’re winning,” coaches don’t have much to come back with. Players have to find it within themselves to continue trying to get better. We’ll find out pretty soon if the Celtics can break some of the less-than-desirable trends we’ve seen.

Page 2: Jayson’s knee is bugging him

“Tatum was out today with his knee that he left the game for the other day,” Brad Stevens said after practice. “We’re going to get more imaging on it. We don’t know what’s going on, but it was stiff today so we wanted to make sure that we held him out.”

The rookie left Thursday’s game against the Sixers at the end of the third quarter for what appeared to be his scheduled in-game rest. The 19-year-old returned to the court at the five-minute mark of the fourth quarter and played a few minutes before Stevens pulled the starters with the game in hand late.

“End of the third quarter,” Stevens said when asked about the origin of Tatum’s injury. “I didn’t see it but they said he got his knee hit and it stiffened up, swelled up a little bit the next morning. He’s going to have further testing done today. They don’t think it’s a big, big thing but certainly, we want to be cautious and know exactly what happened.”

BSJ: Jayson Tatum sits out practice, will get tests on swollen knee

I think I speak for everyone when I say

OH MY DEAR GOD NO PLEASE BE OKAY JAYSON WHY GOD WHY JUST TAKE ME INSTEAD!!!!!

That said he probably just bumped knees with someone and he’ll be fine with a little bit of rest. He can use that time to take care of his newborn son.

Jayson Christopher Tatum Jr! God’s greatest gift to me! Daddy loves you more than anything in the world man! Truly a blessing🙏🏽❤️!

Yes, Tatum is young for a dad but look at it this way… if he plays until 38, he has a year in the NBA to play with his son after the Celtics draft him. The Celtics could have a Jayson Tatum on their team for the next 35 years.

Big THANK YOU for the invitation @Patriots 🙌🏼🏈 Let‘s #GoPats 💯 pic.twitter.com/ZJfw2J5WGb

Nice of the Pats to invite Theis (and I assume other Celtics) to the game last night. I always love how the athletes support one another in Boston.

And of course there’s this…

Globe: Celtics are poised for a strong run to the finish line  |  Jamal Crawford hasn’t lost his shooting touch, or his passion for basketball

NBCS Boston: Ray Allen on the possibility of Celtics retiring his number  |  Allen on Pierce: ‘Sad thing is he didn’t stay in Boston’  |  Would Ray Allen return for a 2008 Celtics reunion?

Projo: Accountability hasn’t been an issue with this Celtics team