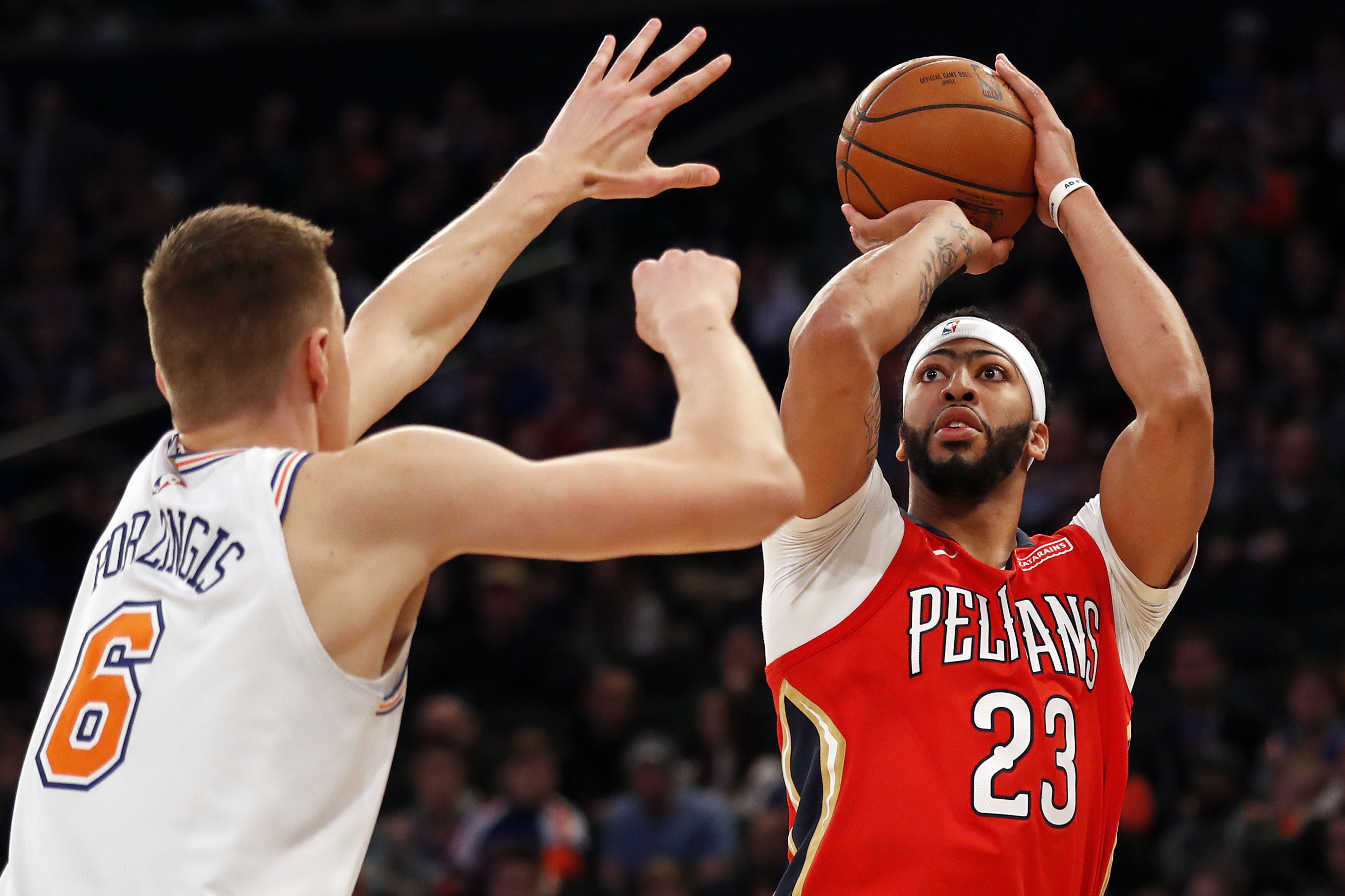 Talk about Deja Vu. Following a double-overtime loss at home on Wednesday during which the Knicks squandered a lead and ultimately lost to the Bulls, history repeated itself on Sunday afternoon.

En route to one of the best individual performances by an NBA player this season, Pelicans’ star Anthony Davis dominated throughout, roaring and soaring as he led his team to an impressive comeback and an 123-118 victory over New York.

As fans entered Madison Square Garden on Sunday afternoon, the bright lights on the big screen flashed and promoted a “key matchup” taking place between Davis and Kristaps Porzingis. Unfortunately for the Knicks’ young stud, he was no match for the former no.1 pick. Lighting the Knicks up for 48 points, Davis had his way and spun around Porzingis again and again, amid very feeble efforts to contain him down low. The most Porzingis could do was his wrap his hands around Davis and foul him before he had an opportunity to convert on a given bucket. Such a strategy proved to have poor results, as the Pelicans’ big man sank 12 of 15 shots from the charity stripe. He also shocked New York’s defense by stepping back and hoisting six shots from long range (making two). Needless to say, he kept Porzingis and Co. on their toes. Frustrations set in. Porzingis looked exhausted and appeared to give up on a number of possessions down the stretch. What followed was the loss of a previously impressive 19 point lead.

Despite trailing in a major way, Davis’ efforts never wavered. He kept going at Porzingis. When it was clear that New Orleans was beginning to back the Knicks down and were chipping away at the lead, Davis’ teammates followed suit and found some momentum. Jrue Holiday torched his opponent for 31 points. DeMarcus Cousins had an all around special game. He not only added 15 points, but also logged team-highs of 7 steals, 5 assists, and 3 blocks. His 16 rebounds were second to an awing 17 from Davis.

Davis also had 4 steals. The Knicks’ inability to take care of the ball was a growing theme on Sunday. They committed 22 turnovers on the Pelicans’ 17 steals. It was a careless effort, to say the least. New Orleans was shooting poorly early on and it looked as though New York was merely getting lucky wth an opportunity to garner up a lead. All the while, there appeared to a shark looming, ready to rear its head and emerge from the water to conquer and take control. The Pelicans outscored the Knicks by 14 in the fourth quarter and came out victorious by the end of overtime.

This was a sloppy game, in which the Knicks only made matters worse by letting their struggles taking care of the ball to affect their effort on the other end of the floor. Guys were standing around on offense, appearing to roam gingerly without much awareness on the court. Jarrett Jack’s five turnovers largely stemmed from passes that were thrown too hard or ones that were directed at teammates who were unprepared to handle them. Porzingis’ shot selection (a 10-24 effort) was also effected by Davis’ sound fundamental defense. He contained the youngster quite well.

In any event, the Knicks made many mistakes in this one and it’s up to Jeff Hornacek to determine whether his current strategy and respective rotation can turn things around. If not, it’s time to tinker with some changes. This current rotation appears unable to maintain leads.