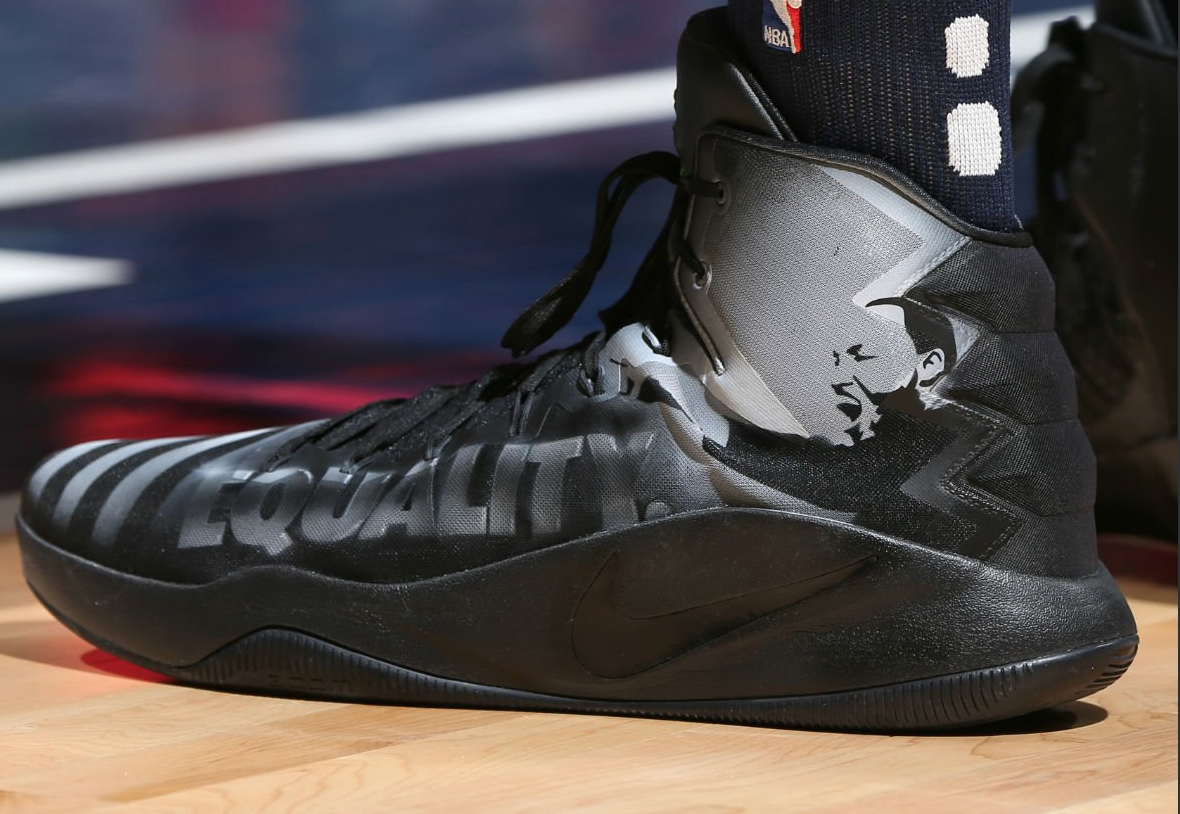 Timberwolves big man Karl-Anthony Towns paid tribute to one of the most influential leaders the world has ever seen during Sunday’s game against the Trail Blazers.

Towns wore custom sneakers with Martin Luther King Jr.’s face on them during the game. “Equality” is displayed on one side of the shoe, while “I have a dream” is featured on the other.

Towns also spoke to the crowd wearing a “I have a dream” shirt before the game, and delivered an important message regarding King, and everything he was able to accomplish.

Karl-Anthony Towns addresses the crowd in remembrance of MLK!#MLKDay pic.twitter.com/oMIifjIJsg

It was great to see KAT reminding fans about how influential MLK was for the social justice movement — honoring him just hours before his birthday on Monday.