Russell Westbrook ejected from game for arguing with official 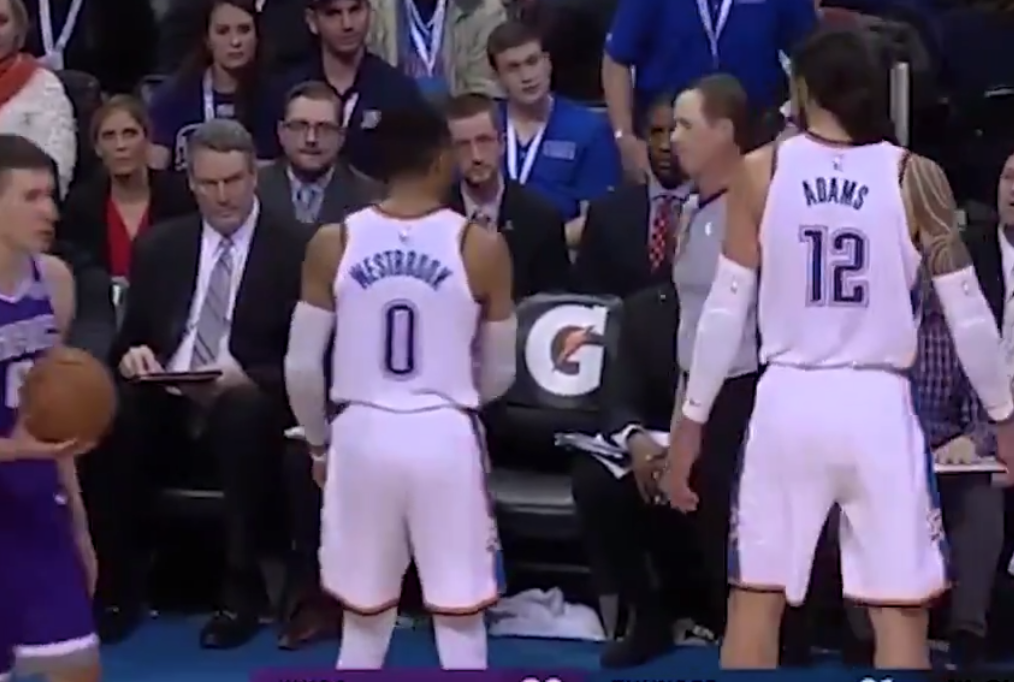 Russell Westbrook ejected from game for arguing with official

Oklahoma City Thunder star Russell Westbrook let an official know how he felt about a non-call in Monday’s game against the Kings, and he paid for it.

It happened after Westbrook drove the lane late in the fourth quarter of the game, and appeared to receive a shot to the face from De’Aaron Fox, who was attempting to slap the ball out of the Thunder guard’s hands. Westbrook also took some body contact from Willie Cauley-Stein, yet was somehow called for traveling.

Westbrook got up off the floor and gave an official a piece of his mind, which resulted in one technical foul. He then received another one just seconds later, and was ejected from the game with 2:51 remaining in the contest.

It’s understandable why Westbrook was upset, given that he appeared to have been fouled twice on the play, yet was whistled for a turnover.