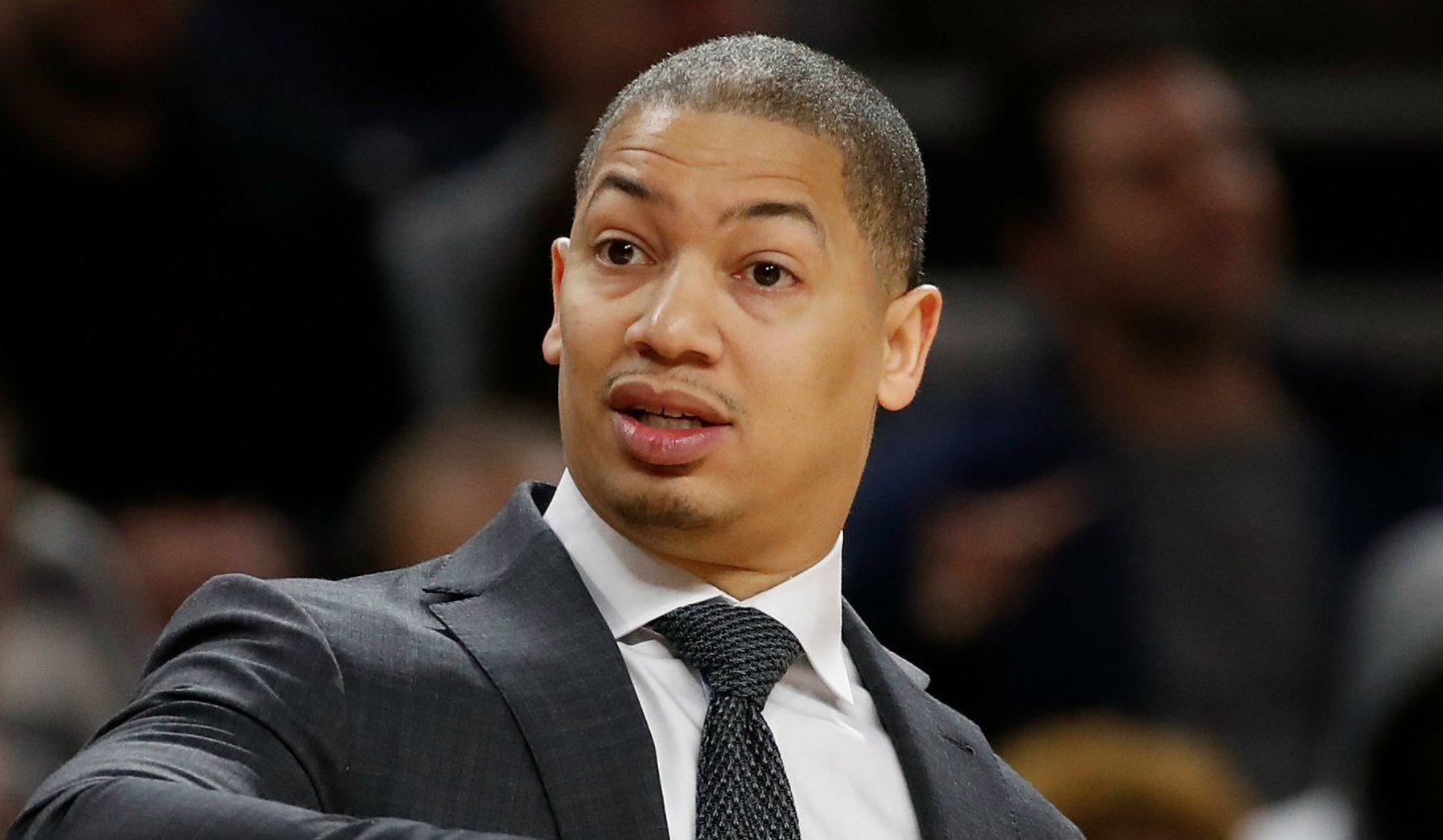 The Cavs are reeling — having lost seven of their last nine games heading into Monday’s matchup with the Warriors — but head coach Tyronn Lue is remaining positive about the team’s outlook.

Not only that, Lue believes the Cavs are still the best team in the Eastern Conference, according to ESPN’s Dave McMenamin.

Reporter: “Do you still feel like you’re the best team in the East?” Ty Lue: “Yes.” Reporter: “Why?” Lue: “Because we got the best player in the world.” … Lue later added, “We’re not the best right now but we will be”

Lue is correct in stating that the Cavs have the benefit of the best basketball player in the world on its roster, but it’s still a team sport. The team is fairly deep, but isn’t getting quality production out of its bench, which remains an issue.

The Cavs head coach appears to be remaining optimistic about the team’s future, in stating that they will eventually be the best team in the Eastern Conference, but that remains to be seen. Neither the players nor the coaching staff seem to have answers for how to fix the team’s glaring weaknesses, at least at the current time. The Cavs, however, are known for their midseason lulls — something Isaiah Thomas is well aware of — and have shown the ability to round into form once the playoffs begin. That formula may not work as well this season, though, with the Raptors and Celtics looking like legitimate contenders.

It’s unlikely that Cleveland would have predicted it would be just ahead of Miami in the Eastern Conference standings at this point in the season, but the good news is that the team has some time to fix its issues and string some wins together. Whether or not they’re the best squad in the conference remains to be seen — they’re certainly not playing like it at the current time.