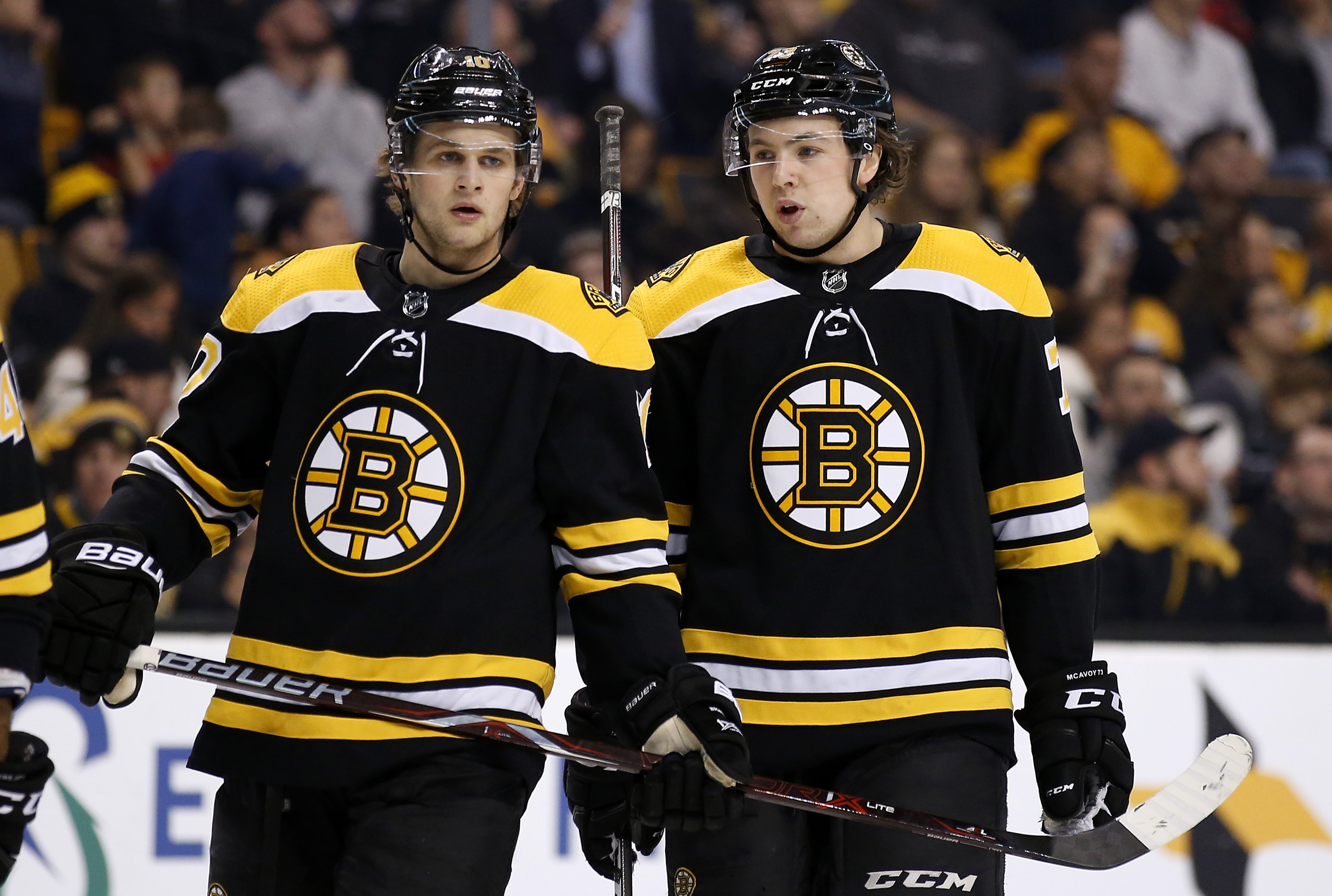 On the night of Nov. 15, 2017, the Boston Bruins appeared headed for an up-and-down season, and likely towards a playoff miss, after falling to the Anaheim Ducks 4-2 and dropping their season record to 6-7-4. They were in the middle of a four-game losing streak and starting goalie Tuukka Rask had gotten off to an uncharacteristic start.

However, something clicked for the Bruins the next day against the Los Angeles Kings, and their season completely changed. Since the Anaheim loss, the team is an incredible 18-3-4 in their last 25 games, and have done it largely through the help of some surprising rookie breakthroughs.

A typical NHL fan might point to the dominance of the Brad Marchand-Patrice Bergeron-David Pastrnak line combination, which is almost certainly in the top three lines in all of hockey. Their success is a huge part of the team, but the rookies on the lower lines have been sensational and allowed the team to put continuous pressure on their opponents weaker lines.

For example, Danton Heinen is arguably a top-five rookie in the NHL. If not for the incredible success of Brock Boeser in Vancouver and Matthew Barzal in New York, Heinen might have a legitimate shot at the Calder Trophy.

The 22-year-old is now in double figures with 10 goals this year, while also third on the Bruins in assists with 21 (ahead of Patrice Bergeron (17), and fourth on the Bruins in points with 31. Heinen is also +8 for the year, which is third best among Bruins’ forwards, ahead of David Pastrnak.

The success of the former fourth-round pick is a remarkable discovery for the organization, especially after his eight-game debut last season produced zero points.

Coupled with the success of Heinen, has been the breakthrough of Jake DeBrusk, the first of the big three first-round picks from the 2015 draft to make it. The Bruins have searched for an effective replacement in the middle of their lineup to replace Loui Eriksson at left wing, and finally have a solution in DeBrusk.

DeBrusk recently reached the 10-goal mark, while also being in the middle of a hot streak, scoring four points in his last five games. The most incredible thing about DeBrusk’s rookie success is that he is the second youngest player on the team at just 20-years-old.

Not to mention, DeBrusk is showing a balance of scoring and toughness, which bodes well for his future.

Finally, there is Charlie McAvoy, who sometimes is under-appreciated on this Bruins team because of how easy he makes the game look. The 19-year-old already plays the game like a veteran, with a very efficient +15 rating that ranks fourth on the team behind veterans Zdeno Chara, Bergeron, and Marchand.

The most impressive thing may be the fact that McAvoy is second on the team in time on ice (22:51), only behind Zdeno Chara. At 19-years old, that alone is spectacular, but his incredible play has helped ease concerns about how old Chara is getting.

McAvoy’s 24 points are already great, but he appears poised to be a leader of the Bruins for the next fifteen years.

The Boston Bruins are currently in second place in the Atlantic Division, and while they may not catch the league-leading Tampa Bay Lightning, they look poised to be an active contender for the first time since 2013. Therefore, Heinen, DeBrusk, and McAvoy will need to continue to carry a heavy load.

However, the team appears to be headed for long-term success with this trio, with more players still waiting in the wings in the minors.