Carmelo Anthony is 'done with the refs' after Russell Westbrook's ejection 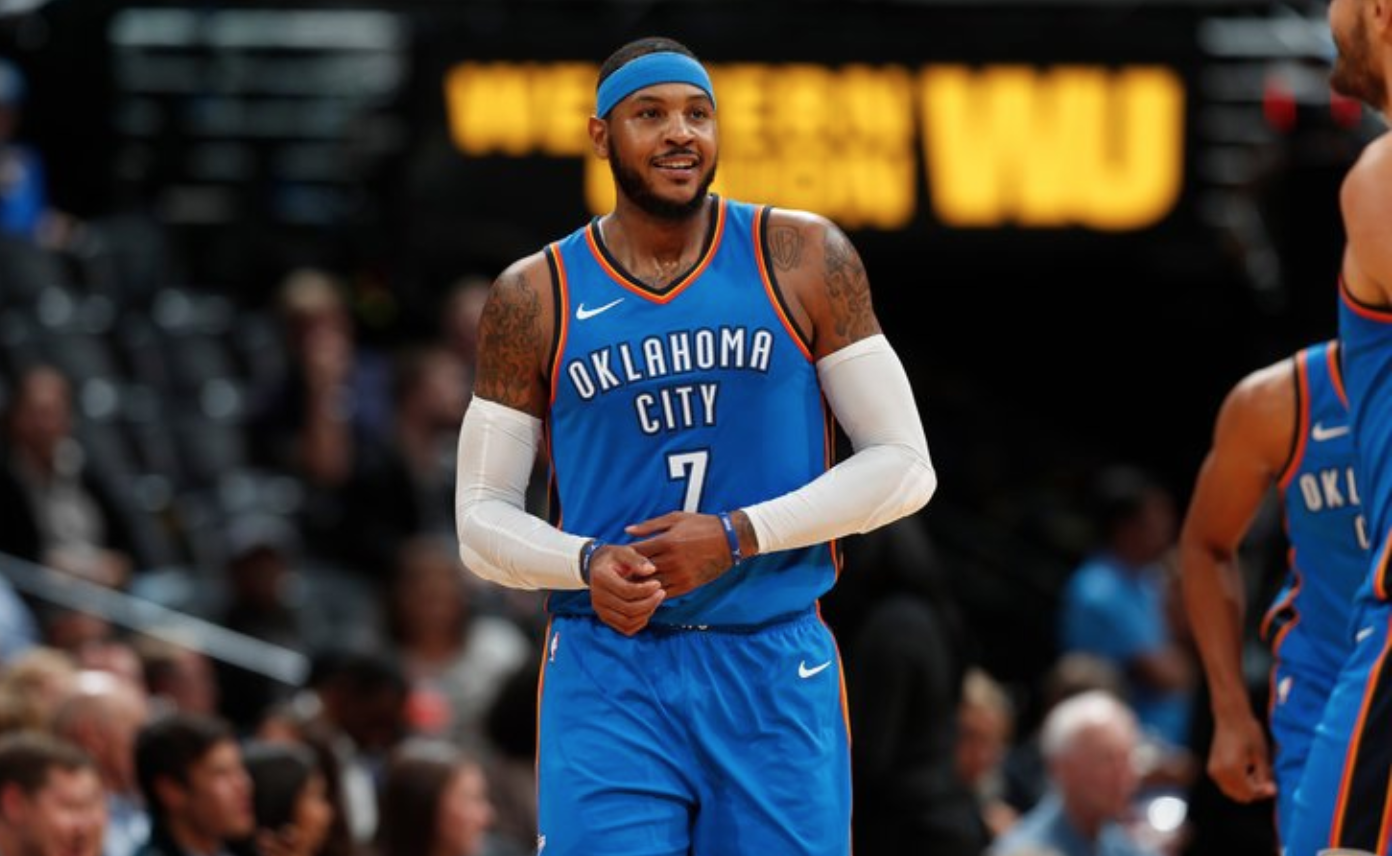 Carmelo Anthony is 'done with the refs' after Russell Westbrook's ejection

Russell Westbrook didn’t speak to reporters after being ejected late in the fourth quarter of Monday’s game against the Kings, but teammate Carmelo Anthony managed to share a few words about the officiating in the game.

Westbrook was ejected for arguing with an official, after receiving two technicals in the span of roughly five seconds. The dissent stemmed from when the Thunder guard appeared to have been fouled twice on the same play after driving the lane, but was called for traveling. Westbrook then gave an official a piece of his mind, which resulted in the two technical fouls, and him being ejected.

Anthony didn’t go into detail about the play in question after the game, but he made sure to convey how he feels about the officials, and was pretty candid in doing so.

Westbrook has been critical of the officials a number of times during the course of his career, and it appears that his comments may have made an impact on how they’re calling games he’s played in. It might be time for him and his teammates to start changing their tune, as when it comes to commenting on the officials’ performance, taking the high road tends to be the better choice for players. Criticizing them publicly isn’t going to result in more calls in their favor.