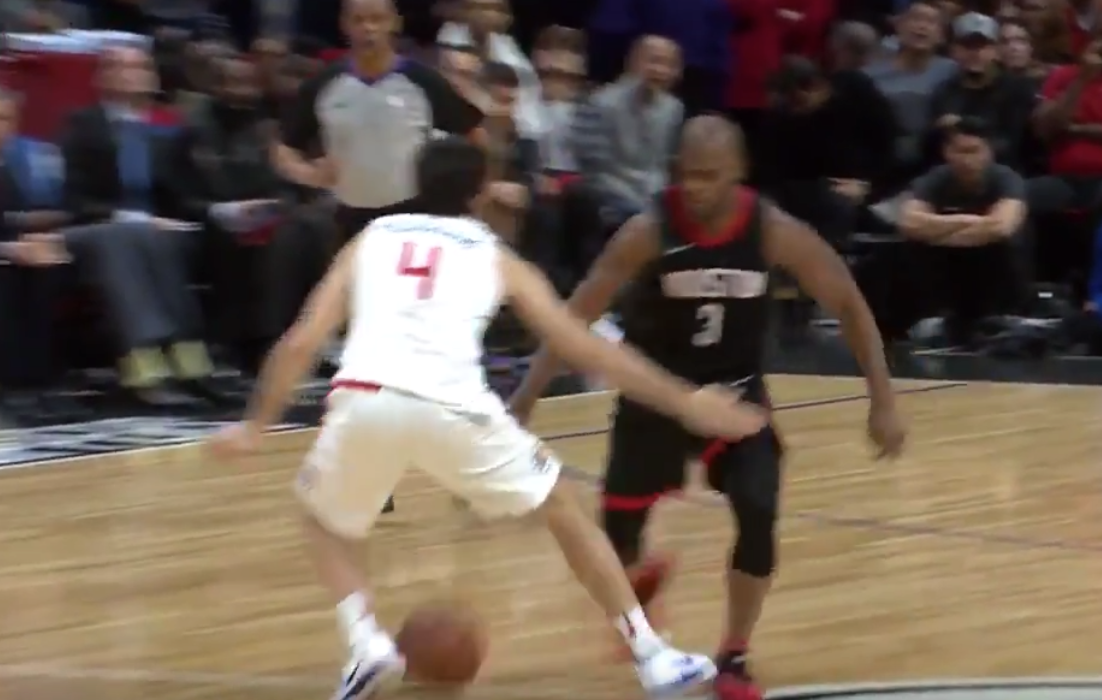 Rockets point guard Chris Paul returned to Staples Center for the first time since being traded and squared off against his former team on Monday night.

Aside from wearing a different jersey, it was almost as if he had never left. CP3 showed off his sick handles that he’s been known for over the years, and even managed to nutmeg Clippers guard Milos Teodosic on one particular play.

Check out how Paul dribbled the ball right through Teodosic’s legs and then blew by him.

Chris Paul with the straight up disrespecting Milos Teodosic pic.twitter.com/rbWr3jLnON

Paul taught the rookie point guard a lesson on that particular play, and it was fun to watch.