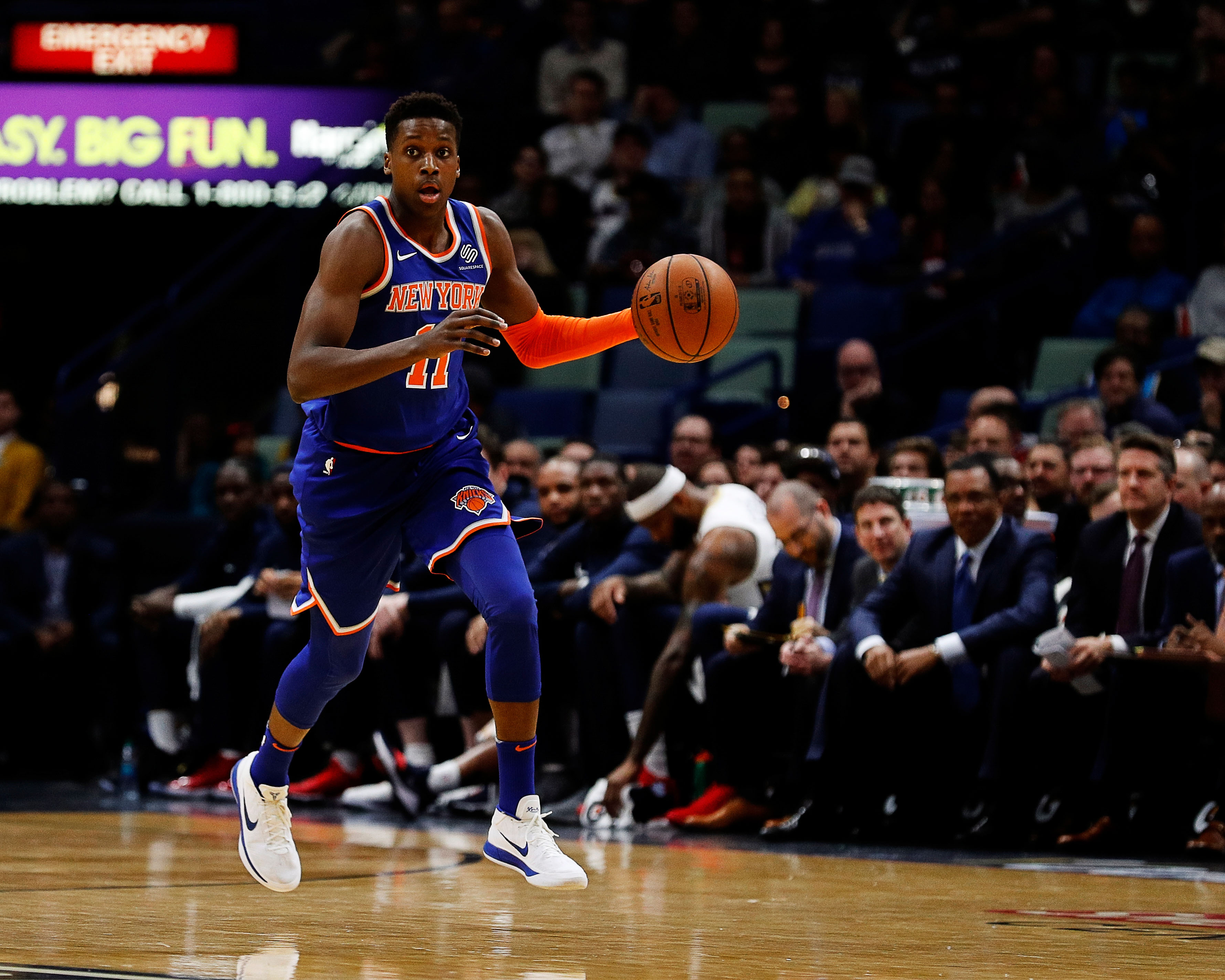 After the Knicks faltered and lost a 19-point lead (and the game) to the Pelicans on Sunday, Jeff Hornacek pondered some potential changes to his lineup in order to get New York back on track.

Jeff Hornacek criticized his team for allowing New Orleans to score more than 30 points in two separate quarters yesterday. He also said, if given the chance, he probably would have gone with a different lineup on a key late-game possession: pic.twitter.com/CqNT72PdPl

On Monday, he lived up to his word.

Enes Kanter and Jarrett Jack proved to be casualties of major minutes cuts as Coach Hornacek tinkered with the rotation. Kanter was subbed out after just 4 minutes in the first quarter (playing 9 total) and Jack played thirteen minutes overall — both were season-lows. Though yanking out two everyday starters and essentially gluing them both to them bench thereafter is surely a drastic change for any team, it was one that worked out for the Knicks against the Brooklyn Nets. In New York’s 119-104 matinee victory, Frank Ntilikina and Michael Beasley proved to beneficiaries of newfound opportunities and didn’t disappoint.

Ntilikina received a boost of confidence when Coach Hornacek turned to him early in the contest and handed over the keys. The rookie found early chemistry by playing alongside guys he has previously played well with: Kristaps Porzingis, Doug McDermott, Kyle O’Quinn, etc. Ntilikina kept the defense honest by constantly looking for opportunities to cut through the lane and find teammates. When the Nets fell back in an attempt to prevent him from penetrating, Ntilikina made them pay by knocking down three-point bombs. Such an effort resulted in a tally of 10 points, 10 assists, and 7 rebounds. What’s more, the youngster had an opportunity to play alongside Michael Beasley, who exploded in the fourth quarter and finished with 23 points.

Porzingis looked rejuvenated, suddenly playing with more energetic and hungry individuals for a change. Hornacek’s changes resulted in Jack and Lance Thomas (16 minutes) getting minimal action. Essentially removing Kanter from the equation cleared the way for Porzingis to play the five and dominate down low. Clearly enjoying himself on offense, the 22 year old rising star looked more enthusiastic than he has been most recently. His positive play was infectious, motivating him to also stay focused defensively.

The decision to sit Kanter and Co. may not be the most sound longterm choice, because each of the aforementioned players have indeed made key contributions for the Knicks this season. Still, on Monday the formula for success was clear so it’ll be interesting to see what choices Hornacek makes to ensure his team stays afloat moving forward.