Mike D'Antoni, Blake Griffin get into heated altercation during game 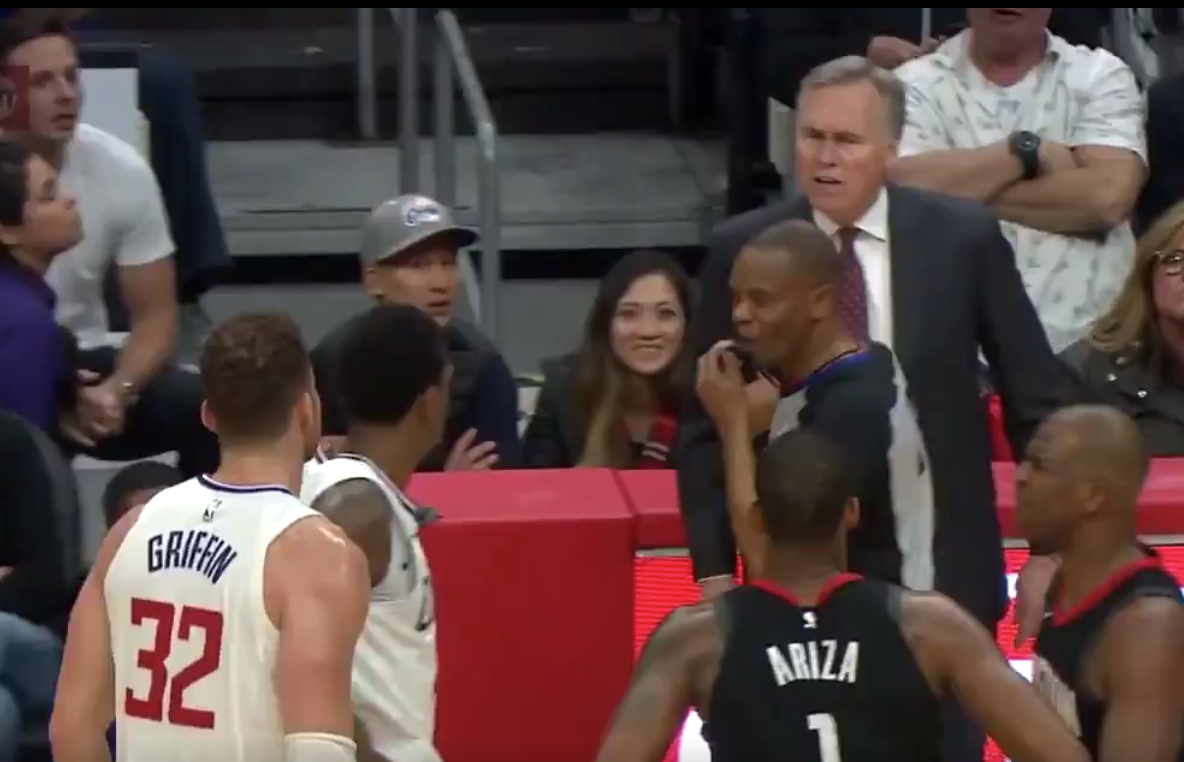 Mike D'Antoni, Blake Griffin get into heated altercation during game

Things got chippy late in the fourth quarter of Monday’s game between the Clippers and Rockets at Staples Center.

It happened with under four minutes remaining in the game, when Blake Griffin was backing down Chris Paul — clearly attempting to exploit a big mismatch. Griffin spun off Paul, toward the basket, and was then fouled by CP3. Griffin laid the ball up and in, for a three-point play opportunity.

Griffin, along with a few other players, made his way toward the Rockets bench afterward, when the officials were discussing the foul call. Griffin was then seen having some words with Mike D’Antoni. The Rockets head coach then began yelling at Griffin, with Trevor Ariza also shoving the Clippers big man.

Both Griffin and D’Antoni were assessed technical fouls, but that wasn’t the end of the bad blood between the two teams. Ariza and Austin Rivers were later seen having some words with just over a minute remaining in the game, and Griffin came to the aid of his teammate. Griffin and Ariza then got into it, which resulted in both of them being ejected from the game.

Ariza & Austin Rivers talking trash, Blake comes to his defense, gets tossed as does Ariza pic.twitter.com/ssXnmnkW0x

These two teams will square off again on Feb. 28, a matchup that figures to be must-see TV.