Is Mike Moustakas That Much Better Than Travis Shaw? 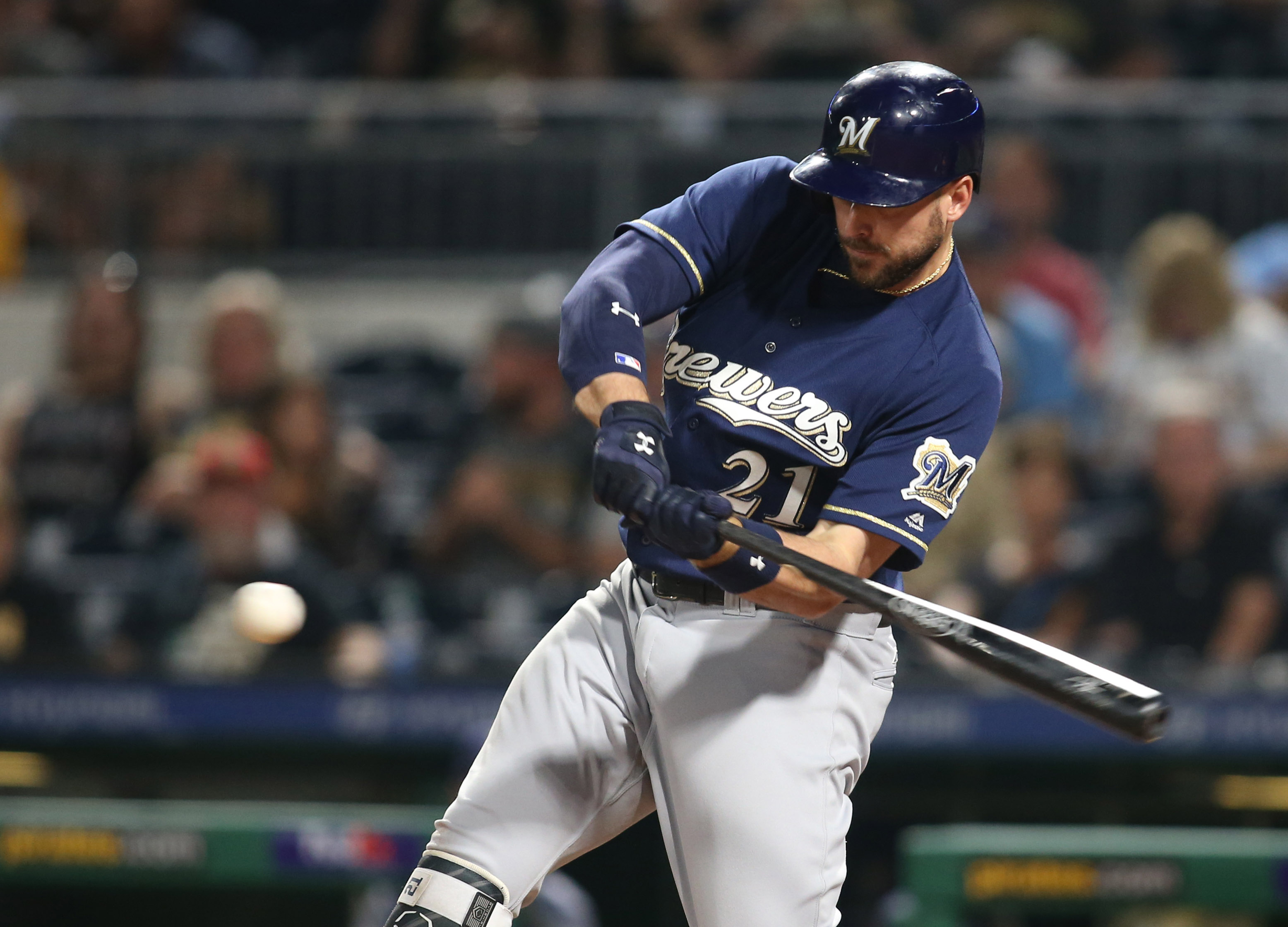 Is Mike Moustakas That Much Better Than Travis Shaw?

Having so many big-name MLB free agents still available with Spring Training approaching can create a little chaos. It makes things interesting because teams are presented with opportunities they didn’t anticipate on getting, but it also causes some front offices to start overthinking things.

The Milwaukee Brewers are doing a little bit of both. They haven’t made any major moves yet this winter, but Jim Bowden of The Athletic hints there’s a chance for not one, but two splashes by a squad that surprised many in 2017.

#Brewers continue to be “in” on RHP Jake Arrieta & also 3B Michael Moustakas with the idea that if they signed Moustakas they could trade Travis Shaw to NYY, ATL or NYM according to a club source.

The Brewers typically don’t make huge moves like the ones detailed above, but they’re in an intriguing position to make some noise. Their 2017 payroll was the lowest in baseball, and while they currently have just over $60 million committed to 2018, that number dips below $50 million from 2019-21 when talking about guaranteed contracts.

Even the fact that Jake Arrieta and Mike Moustakas are both Scott Boras clients shouldn’t be as huge of an obstacle if Milwaukee really wants these two. Their reported interest in Arrieta makes sense — with starting pitcher Jimmy Nelson expected to miss a significant portion of the season, there’s a hole in the rotation Milwaukee needs to fill.

However, this apparent interest in Moustakas instead of sticking with incumbent third baseman Travis Shaw is making me scratch my head.

We could go back further to compare their offensive production, but we’ll just be looking at 2017 because it was significant for both — Moustakas’ power emerged, while it was Shaw’s first guaranteed chance of getting every-day at-bats in the big leagues. The below table compares the OPS, home runs, RBI, ISO, wOBA, wRC+, and fWAR these fellow third basemen put together last year.

Not all that different, right?

Moustakas did strikeout less often (15.7% to Shaw’s 22.8%), but Shaw edged him out in walk rate (9.9% to Moustakas’ 5.7%). There’s also a sizable difference between the two when looking at overall value through the lens of fWAR. The Mayor of Ding Dong City was the better man on offense, but he was also better with the glove.

Neither of them will be winning a Gold Glove at the hot corner anytime soon, but in nearly the same number of innings (1,093 for Moustakas, 1,221.1 for Shaw), Shaw’s 3 Defensive Runs Saved and -0.4 Ultimate Zone Rating were decidedly better than his counterpart (-8 and -3.1, respectively).

One big plus for Moustakas as he headed into free agency was that his power exploded. The 38 bombs he launched is not only a new Kansas City Royals franchise record, but it also blew his previous single-season career high out of the water (22). Interestingly enough, Shaw also experienced a power breakout in 2017, as his 31 homers were more than the number he hit during the two years prior (29 in 778 plate appearances).

Moustakas has the edge in ground-ball rate and fly-ball rate — which is helpful when talking about power upside — but that’s it. He still had to get those balls over the wall, but part of the reason why Moustakas accumulated so many homers last year was because of all the opportunities he gave himself. His wRC+ (154), soft-hit rate (24.9%) and hard-hit rate (36.6%) for this batted-ball event don’t necessarily jump off the page.

It’d be more helpful for Shaw to get the ball in the air with more regularity, but he at least maximized his production. His wRC+ (215), soft-hit rate (14.6%) and hard-hit rate (45.0%) on fly balls were all significantly better than Moustakas.

We could point to their 2017 home parks as a reason why Moose lagged behind in most of the categories mentioned, but it has nothing to do with plate approach. Moustakas swung at strikes more than ever (76.2%), but he also chased balls out of the zone more than ever (40.3%), which can help explain his middling quality of contact.

On the other hand, Shaw’s plate-discipline stats show that his walk rate is much more sustainable, as he swung at strikes at approximately a league average clip (66.5%) while his chase rate was slightly better than league average (29.3%).

As the theme has been throughout this article, the overall situation for each player seems to once again be favoring Shaw. There isn’t a huge difference in age — Shaw will be entering his age-28 season while Moustakas is preparing for his age-29 campaign — but there are huge differences with regard to service time and potential cost.

Moose is obviously a free agent, and although he may get less money now than he would’ve at the start of the winter, Boras is going to get as much as possible for his client, even if that means taking a one-year deal and re-entering the market next year. Shaw won’t be making a whole lot more than the $544,400 he made in 2017 during his last pre-arbitration year and he’s under team control through 2021.

The Brewers have the financial flexibility to make two significant moves, and there’s no doubt that their fanbase would like to see them do something big since they were on the cusp of the playoffs last year. However, it seems like legitimately pursuing Arrieta to take up residence in Milwaukee’s rotation is the only move out of these two that makes sense.