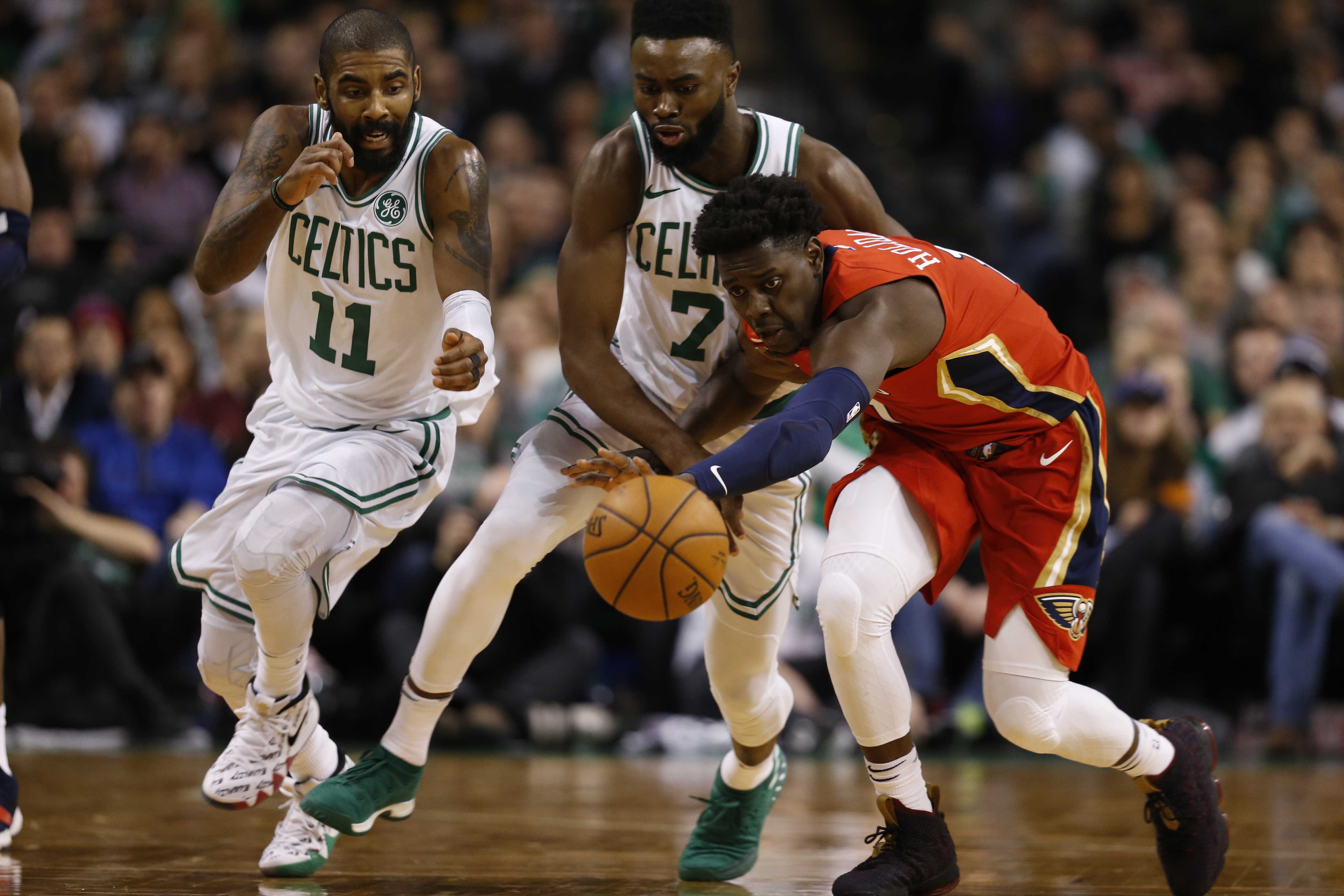 A seven game winning streak saw plenty of good basketball for the Celtics. Tonight against the Pelicans was a true fight, but allowing the Pelicans to operate with forward/center duo DeMarcus Cousins and Anthony Davis delivering in the clutch through overtime, sent the C’s its first loss since Christmas Day against the Wizards.

For Boston, a tough ending has still led them to holding onto the division with a 34-11 overall record, while point guard Kyrie Irving shook off the rocky beginning and finished with 27 points and 7 rebounds. Going 5/12 from the floor and trying to navigate through two of the most complete players in basketball (Cousins, Davis) is not an easy task. Jaylen Brown and Marcus Smart each contributed 16 points while big man Al Horford tried to defend the multi versatile Davis and totaled 14 points to go with a sweet block on Davis during the 1st half. Center/forward Daniel Theis also made the highlight reel, elevating over the 6’11 Davis for a poster slam while Theis’s night was 7 points and 3 boards. Rookie Jayson Tatum made point guard Jrue Holiday a bit woozy on a 1st half crossover, showcasing his ball skills at 19 years of age and ending the night with 10 points and 5 boards.

New Orleans got the best of Boston, utilizing the big two while having former C’s star Rajon Rondo at point and Jrue Holiday share duties along with some mid level names in the lineup filling the wings. The big story of the night is the monster game of Anthony Davis. Sunday night chalking up 48 and 17 against the Knicks, Davis finished the night with 45 points and 16 rebounds in 45 minutes, only six players have ever been able to complete back to back performances with those types of numbers besides Davis tonight. Co partner DeMarcus Cousins rattled off a big night as well, scoring 19 and collecting 15 rebounds to help New Orleans get its third straight win. Guard Jrue Holiday finished with 23 points while former Warriors guard Ian Clark dropped 15 off the bench for the Pelicans, who utilized an 8 man rotation the whole game.

A big win for the Pelicans (23-20), Boston looks to shake off the OT loss against Philadelphia this Thursday at 7pm et.