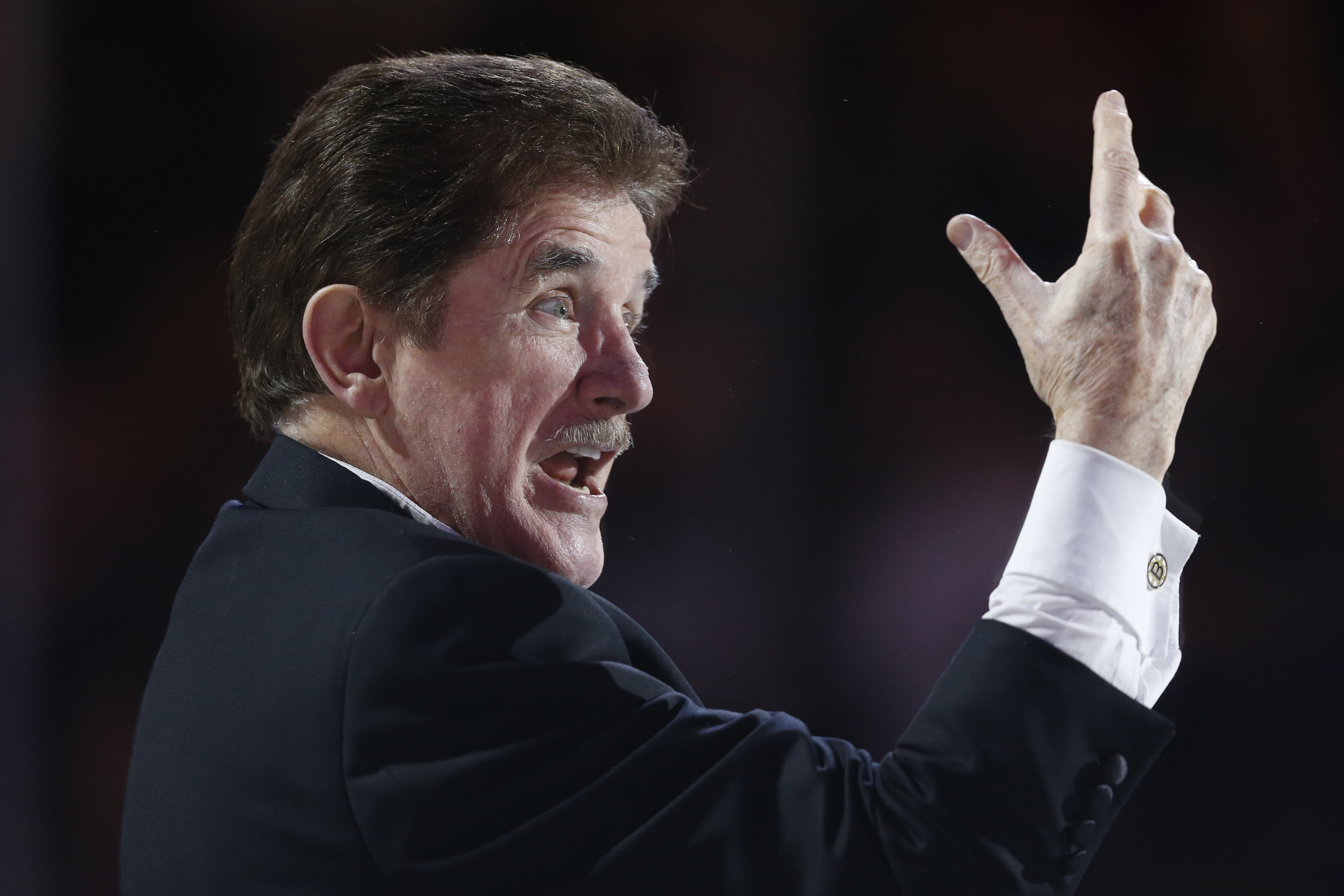 Bruins fans will say goodbye to a legend after the 2017-2018 season as longtime National Anthem singer Rene Rancourt announced today he will be retiring after the season.

The man with one of the most legendary fist pumps will be dropping the microphone after what we hope is a long play run ending in June.

Rancourt has serenaded sports fans for over 40 years doing his first game with the Bruins during the 1975-1976 season. The trained opera singer and United States Army Veteran got his start singing the national anthem when he first did it for the Red Sox before moving across town to the Bruins.

The Bruins will honor Rancourt at the Bruins regular season finale on April 8th vs the Florida Panthers.

In honor of Rene Rancourt’s career, we count down our top three Rancourt moments. This list will exclude the legendary fist pump as that would clearly be number one.

3.Christmas Carols with Rene Rancourt. How could we not put this on the list? Every year at the Bruins last home game before Christmas Rancourt comes out during the intermissions and signs with the crowd.

2. Rene sings Auld Lang Syne with a big bear. For the record whatever happened to that Bear? haven’t seen him around the Garden in a couple of years.