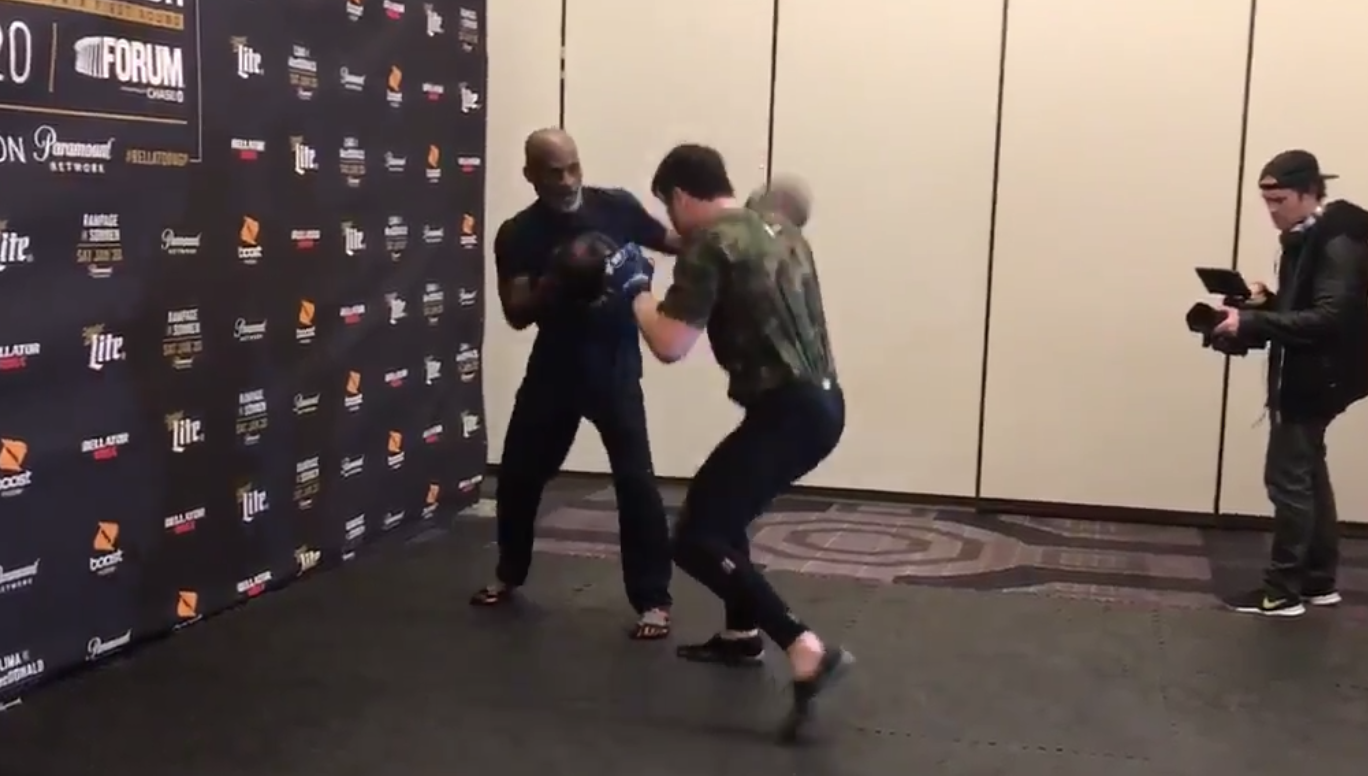 40-year-old Chael Sonnen’s showdown against Quinton “Rampage” Jackson at Bellator 192 may be the final fight of his career, but it appears as if he’ll be ready.

Sonnen, who is known for his work ethic and dedication to his craft, has been training hard for the upcoming fight.

Don’t believe me? Check out this sparring video.

Watching @ChaelSonnen workout ahead of Saturday night’s #Bellator192 card. I’ll be in the house for @BSO. #MMA pic.twitter.com/R5lFI5XH2E

Sonnen is listed as a 15:10 underdog in Saturday’s fight.