Nemanja Bjelica addresses fight between him and Arron Afflalo 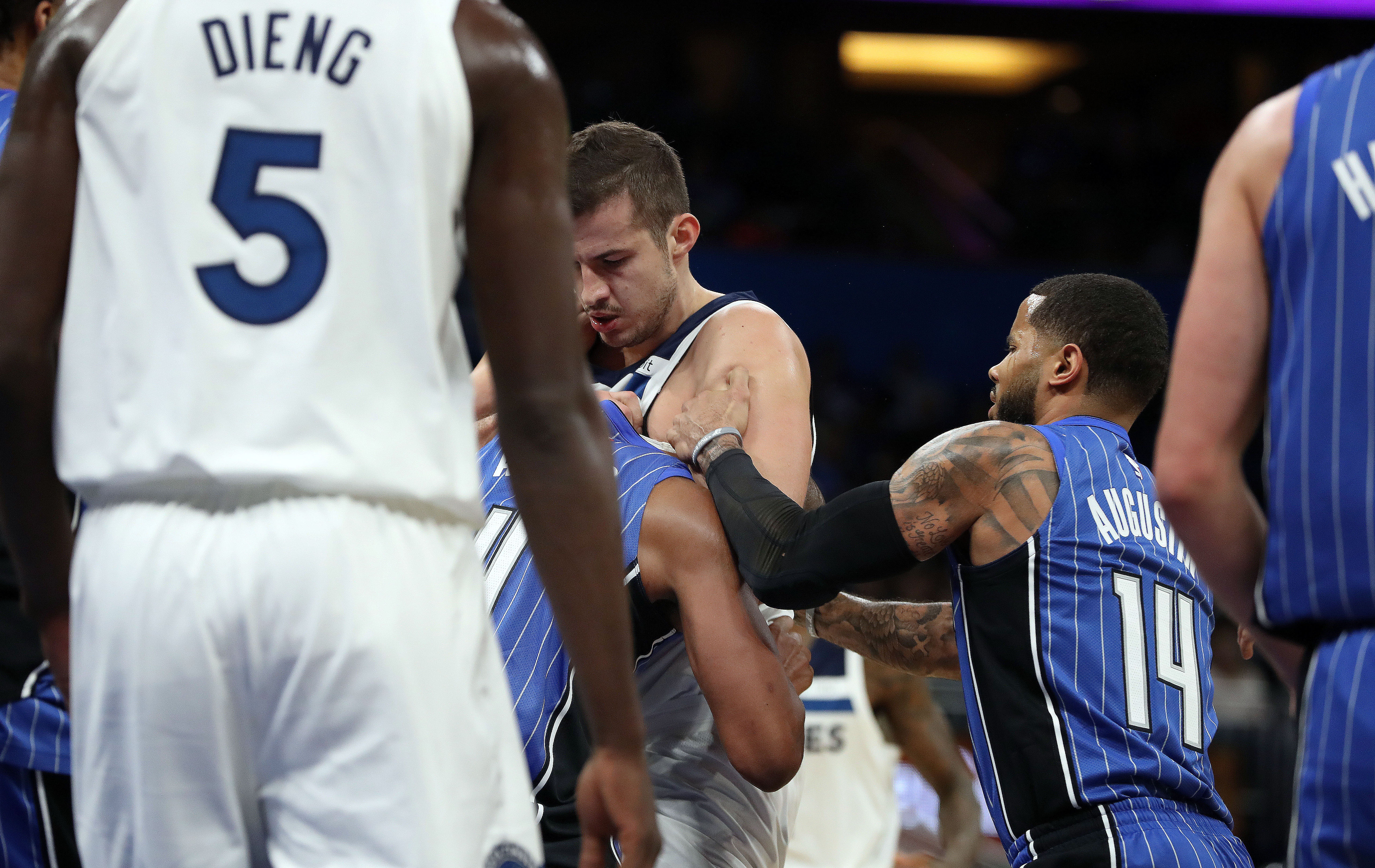 Nemanja Bjelica addresses fight between him and Arron Afflalo

Nemanja Bjelica and Arron Afflalo were front and center in what looked like a street fight during Tuesday’s Timberwolves-Magic game.

The tension between the two began rising early in the second quarter of the game, when Afflalo drove to the basket and appeared to be fouled by Bjelica, but nothing was called. The two then had some words afterwards, and each player was hit with a technical foul.

That wasn’t the end of it, though — not even close.

The two were seen fighting for a rebound later in the quarter, and after a few shoves, Afflalo then threw a haymaker at Bjelica. Luckily, the punch did not land, and the two were separated soon after.

Aaron Afflalo threw a nasty punch at Bjelica, who put him in a headlock to stop it right there pic.twitter.com/0zAKOb3r1v

Bjelica was asked about the incident after the game, and he explained what happened between him and Afflalo.

“I don’t want to feel like victim here,” he said, via Jerry Zgoda of the Star Tribune. “That’s part of the game. He took a swing at me. I was just trying to protect myself & to help him, to calm him down, because he was wild. I don’t know what’s wrong with that guy. If you attack me I have protect myself and my family.”

He also elaborated on his mentality as a player when on the court, and added that he’s not the type of guy who looks for a fight.

“Everybody who knows me knows I’m a calm guy,” he said. “I know how those things work. I was raised on the streets, but I’m a professional basketball player. I will never fight in a game. One more time, I don’t want to feel like I’m a victim here.”

Bjelica also said he was thankful he defended himself, and that he tried to calm Afflalo down.

“I try to protect myself,” he said. “Thank God I react that way. I was trying to calm him down. I don’t know what will happen if I try to do something else.”

Both players were ejected from the game after the fight, but it sure looks like Afflalo will be facing a suspension in the near future.