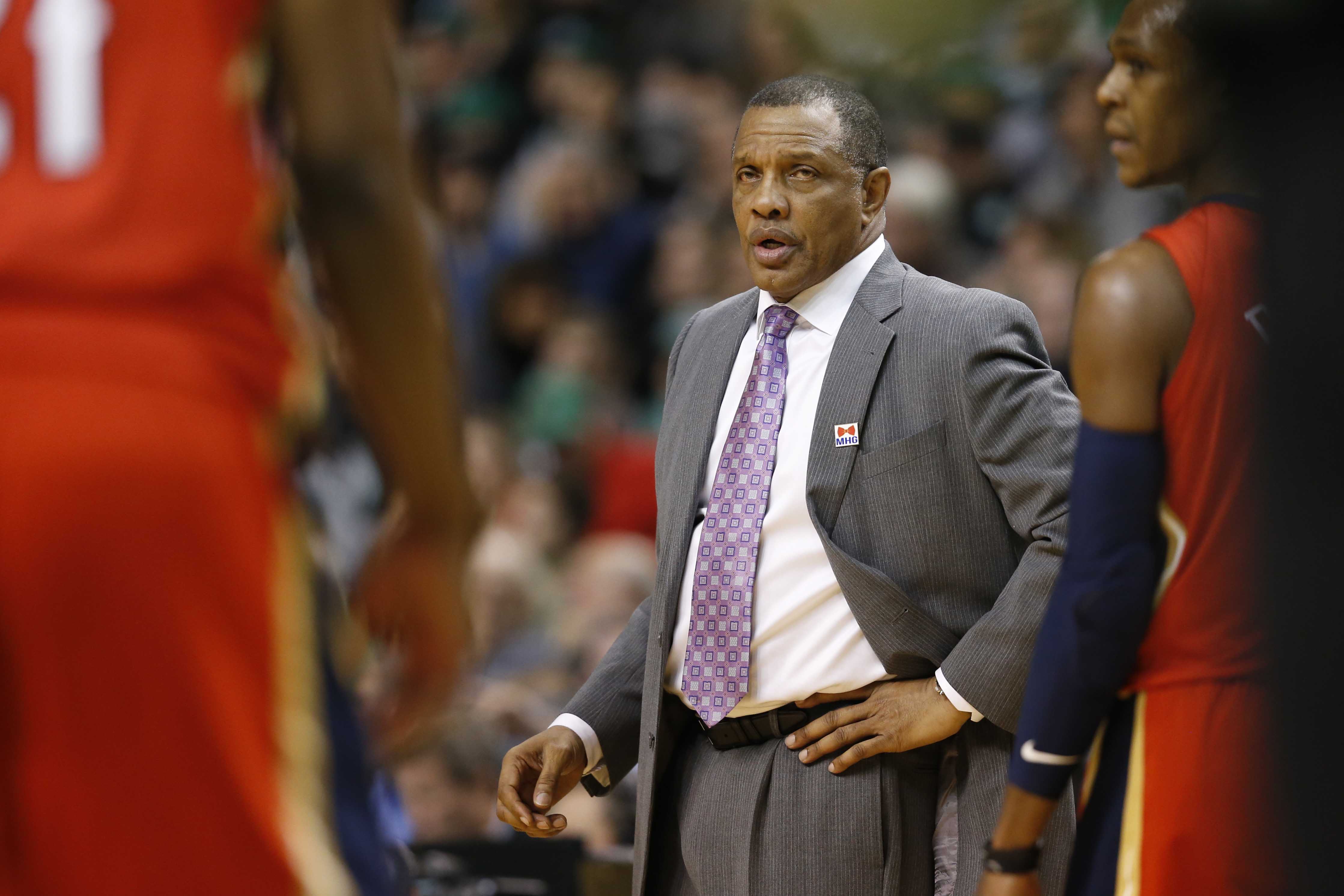 Atlanta, GA- The New Orleans Pelicans traveled to Atlanta to finish off a 3 game road trip, which has been amazingly successful for the team. The Atlanta Hawks struggling on the season at (12-31) overall with a (8-12) home mark played the Pells last year & barely loss by one. New Orleans is looking to keep their good mojo going after surprising the Celtics by three in Boston. The Pelicans started the 1st quarter against Atlanta by shooting 57% & limiting Atlanta’s top scorer Dennis Schroeder from getting going. The Pells won the first quarter 32-25 & did more of the same in the second as Jrue Holiday led the squad to a 60-45 halftime score.

The third quarter belonged to Atlanta as the Hawks forced the Pells into unnecessary shots while completing theirs. You could see New Orleans starting to feel the effects of this road trip as they scored only 10 points in the entire third quarter (26-10 for 3rd qtr score) 71-70 for Atlanta. The Pells start the fourth quarter trying to slow down a hot Hawk club sparked because of bad transitional defense & missed free throws. Give Atlanta credit because they continue to fight despite at one point they trailed by 19, came back took the lead and made it a close game. The Hawks took the lead by one when Kent Bazemore hit a 17 footer over A.D. to lead 94-93 with 2.3 seconds left & go on to win the game.

The Pelicans looked tired in the second half as Anthony Davis ran out of gas with 8 pts 7 rebs in 38 minutes. Once again New Orleans left points on the floor by NOT hitting FREE THROWS emphasis on Free going 13-19 for 68%, in which helped them lose.

The Atlanta Hawks top scorer was Kent Bazemore with 20 points.

I don’t understand why New Orleans isn’t using their bench Bigs more to spell A.D. & Cousins, it was obvious that Davis was tired. Diallo & Asik aren’t seeing any relevant minutes at the very least to give the team an opportunity to rest Davis or Cousins. I advise Coach Gentry to use more Free Throw drills in practice because better free throw shooting would have given them the win tonight. The Pells 3 game winning streak is snapped and they lose to the worst team record wise in the NBA & go on to a record of 23-21. New Orleans next game is Friday night at Home against the Memphis Grizzlies (14-28).