Your Morning Dump... Where Pierce, Rondo and KG don't give a damn about Isaiah's tribute 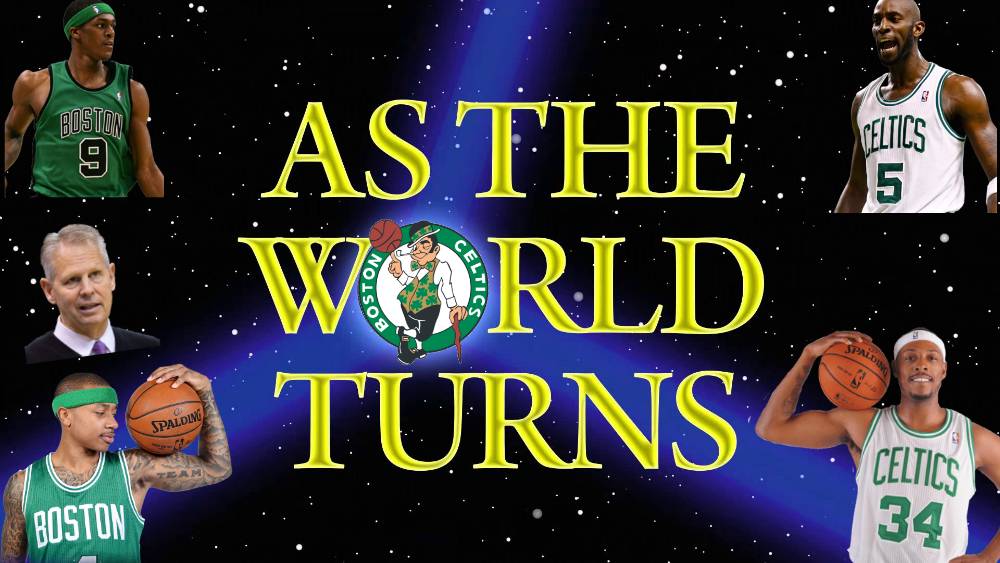 Your Morning Dump... Where Pierce, Rondo and KG don't give a damn about Isaiah's tribute

“(Thomas) had a shot to be honored,” Pierce said. “You came to Boston. Whether you are playing or not, you should have had your tribute then. I just don’t see how, if someone is having a jersey retirement, they’re going to be running other tributes for other players.

“Danny tried to sell me on it, but I told him, ‘He had a shot, Danny, and he punked you on it. He pretty much dictated everything.’ They let it happen because they felt sorry how (the trade to Cleveland) went down. It’s guilt. That’s what it is.”

“What has [Thomas] done?” Rondo said before Tuesday’s game, according to the Worcester Telegram & Gazette. When told how Thomas led Boston to the East finals, Rondo replied, “Oh, that’s what we celebrate around here?”

“Everyone understood where I was coming from,” Pierce said. “KG was like, ‘Isaiah who? Hell no, you’re damn right you’re not sharing your night with him.'”

Shortly after the start of last night’s game, IT announced via Twitter that there wouldn’t be a tribute video for him on Feb. 11 because he didn’t want to steal any of Paul Pierce’s shine.

The heartfelt note was a good way to close this embarrassing saga, or so I thought.

Then Rajon Rondo chimed in. Tony Allen offered his two cents. And then Jackie MacMullan dropped the above story with  Paul Pierce’s revelation on yesterday’s chain of events. Paul stepped up the rhetoric by saying Isaiah “punked” the Celtics organization and shared some KG commentary.

And then Becky called out Rachel for talking behind her back at Jada’s sweet sixteen party. Like, oh my god.

Let’s this story serve as a reminder that professional athletes have the BIGGEST egos on the planet.

On Page 2, Gordon Hayward is shooting at practice.

“He’s been doing his consistent workouts,” Stevens said. “He’s consistently got his routine with regard to his rehab. He’s doing some spot shooting. Very, very light.”

During a recent practice, the Celtics gave Hayward one free throw to decide whether his teammates ran one more drill at the end of the session. Hayward sank the shot, ending practice.

“He’s doing all that he can right now,” Stevens said.

The Celtics remain very cautious with their language when talking about Hayward’s rehab. I’m trying to hold back optimism but we’re 8 weeks away from mid-March. That’s a lot of rehab!

They have to be hopeful that Hayward can make it back for the final 2-3 weeks of the regular season.

And finally, the passing of Jo Jo White hits hard.

“He had a tumor on the brain, and he was losing weight,” Tommy told the Herald when reached by phone. “He had trouble moving around. It’s too bad. I never had much of a chance to talk to him after it happened.”

But that’s not how Heinsohn will choose to recall the Hall of Famer, seven-time All-Star and MVP of the 1976 Finals.

“I remember Jo Jo in the triple overtime (against Phoenix), when he carried the team and played all of those minutes,” Heinsohn said of the storied 128-126 Game 6 triumph and White’s 33 points while playing 60 of the 63 minutes. “After it was over, he just sat on the floor and couldn’t get up.”

Jo Jo’s prime came several years before my Celtics fandom began so I don’t have any personal memories to share. I do recall seeing him dressed sharply at many Celtics games.

Steve Bulpett shared a remarkable stat: White played in all 82 games for 5 straight seasons beginning in 1972-73 and averaged 39.8 minutes and 18.9 ppg in that span.