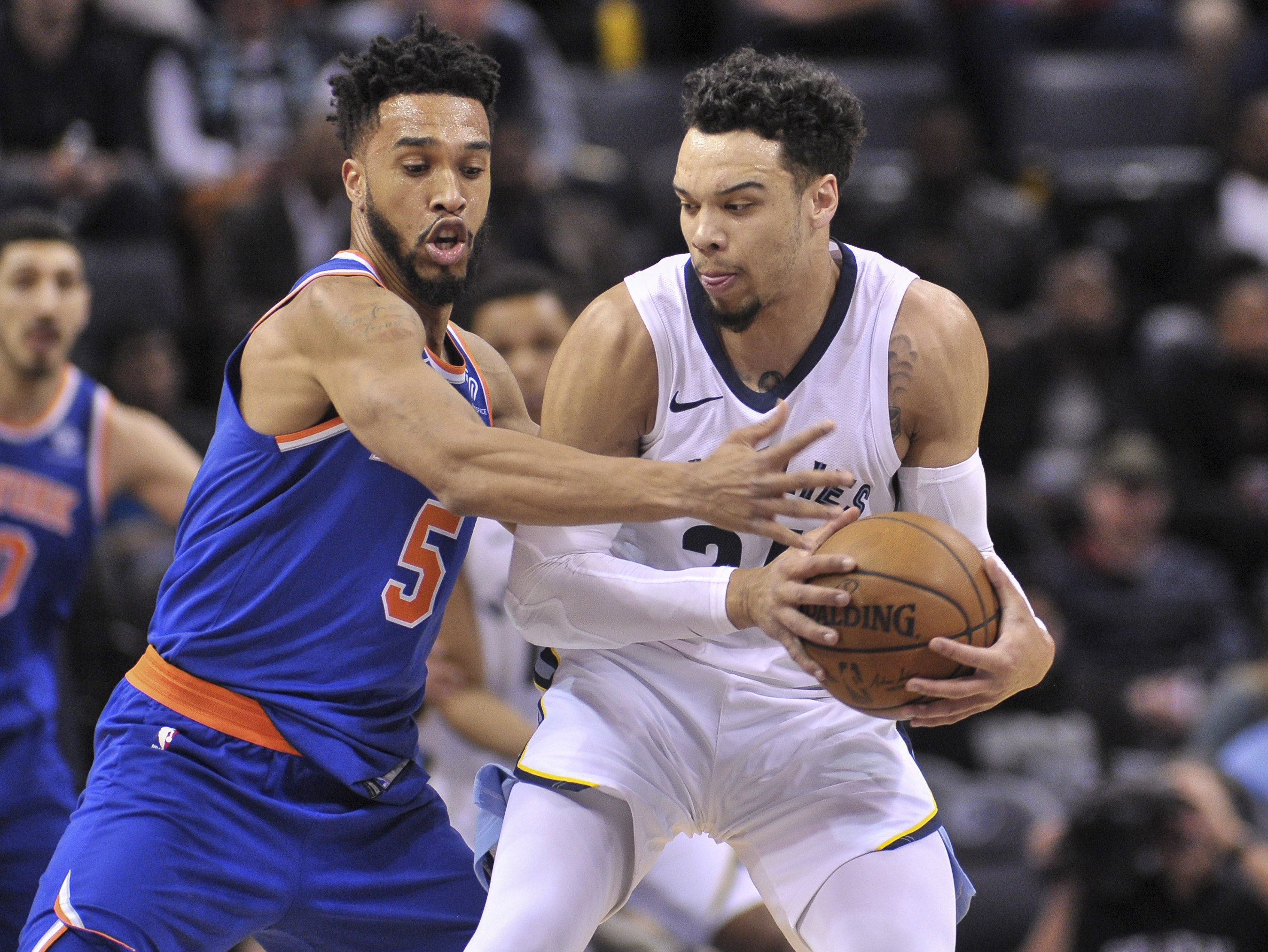 Following an exhilarating win against the Nets on Monday, the Knicks failed to capitalize on any potential momentum due to a poor showing in Memphis.

Against Brooklyn, New York received a boost from newfound sources (Michael Beasley, Frank Ntilikina, and Trey Burke among them) and the level of enthusiasm seemed to rise with multiple reserves stepping up. However, such an injection of life didn’t last as the Knicks ventured out on the road even further. One could argue that the team left its defense back in the Big Apple. Now five games under .500 following this latest 105-99 defeat, the Knicks better find it again, and fast.

Despite matching the Grizzlies’ offensive pace early on, such a tempo wasn’t one that the Knicks could keep up with. After all, the lack of defensive pressure made it entirely too easy for Memphis to have its way with the visitor. The Knicks allowed too many open looks and failed to close out along the perimeter. Though Memphis isn’t the best shooting team, the open floor and lack of urgency from the Knicks allowed them to follow up on missed shots and grind it out for easy buckets down low. The respective absences of Mike Conley and Marc Gasol didn’t matter on a night like this: Memphis was simply the hungrier team and showed more bite to their bark.

In what is becoming an all too familiar trend for New York, the team allowed its poor defensive effort in the first quarter seep in and shake any positive rhythm they had in scoring the ball during the remainder of the game. Despite adding 21 points, Kristaps Porzingis appeared flat-footed down the stretch and was boxed out by the Grizzlies’ physical frontline, who negated the young stud on the offensive glass. Though Jarrett Jack added 8 assists, his confidence looked shaken after he was limited to just 13 minutes of play in Brooklyn. He didn’t command the offense and carried himself with less energy, essentially not prompting guys to move and guide them across the floor. Doug McDermott and Kyle O’Quinn were ineffective, and Frank Ntilikina tallied a rather underwhelming 0 for 6 shooting performance after flirting with a triple-double on Monday. Needless to say, this should be considered a game to forget, but the Knicks’ struggles have been far too evident with each passing loss. Losers of 11 of 14, there’s been no consistent bounce back effort.

If falling behind as many as 18 points down wasn’t demoralizing enough, an outrageous technical foul was assigned to Courtney Lee with the Knicks finally within closing distance and less than 18 seconds remaining. He could be seen verbally jarring with Grizzlies’ rookie Dillion Brooks. As a veteran, Lee should have received the benefit of the doubt. The official appeared rather trigger-happy at a rather crucial point in which play should have continued. Having said that, Lee accomplished a historic feat in the loss. He’s now converted on 48 straight free-throws and holds the Knicks’ record for consecutive makes, displacing Chris Duhon.

As this road trip continues, the Knicks are beginning to find themselves at a bit of a crossroads. It remains to be seen whether they’ll continue to play to win and roll the dice on veterans, or turn the keys over to the youngsters for more development opportunities going forward. As playoff hopes fade away more and more, the latter outcome appears more likely.