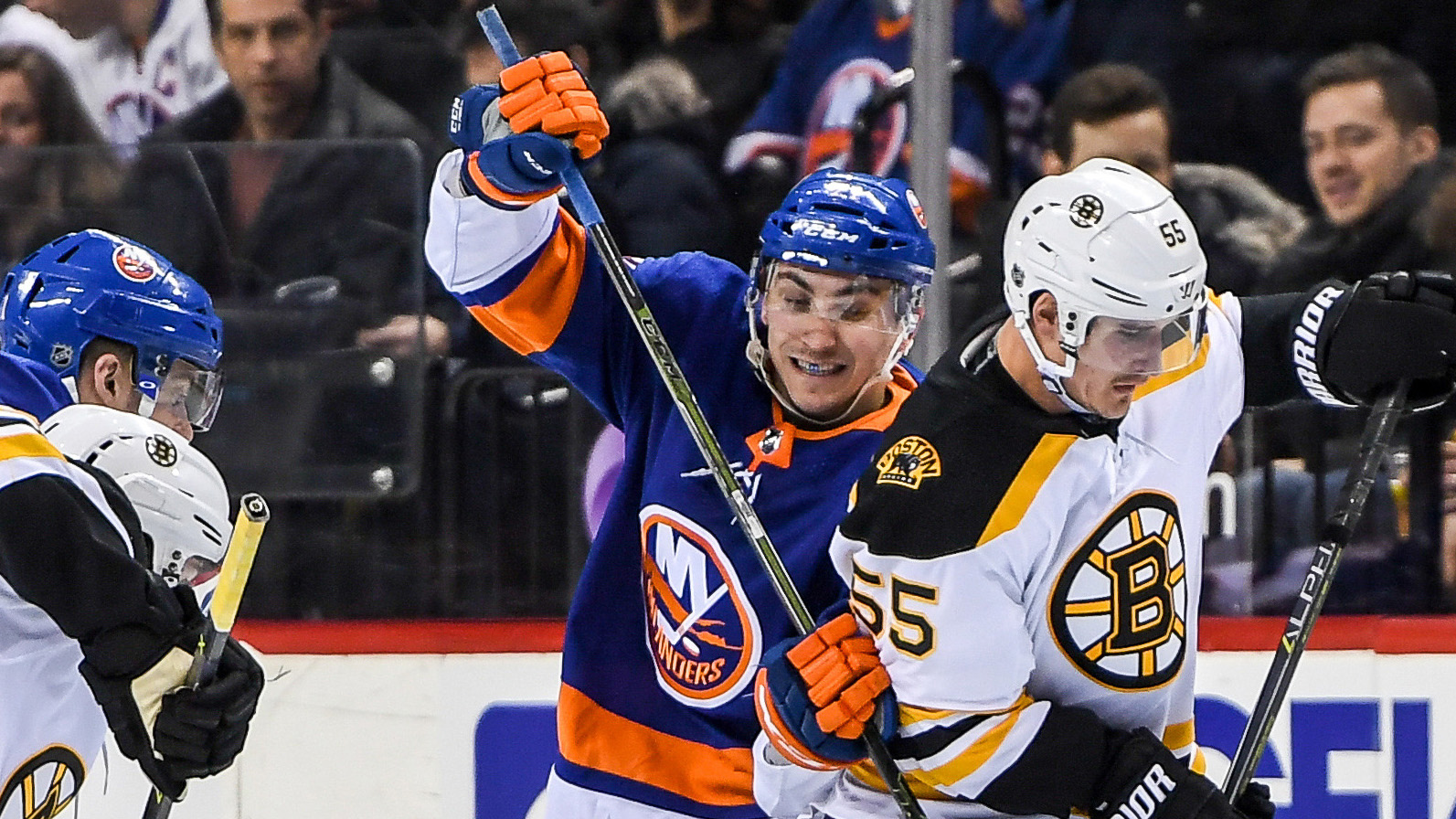 NEW YORK — Michael Dal Colle is still getting his NHL legs underneath him and with that, he’s still trying to get his offensive game going. The rookie has played in four games since being called up before the Islanders returned from their bye week and has registered one shot on net in all four games combined.

Dal Colle first shot on goal came at the 2:27 mark of the first period in Thursday’s 5-2 loss to the Bruins. The former fifth overall pick was also on the ice for Shane Prince’s goal last Saturday when the Islanders beat the Rangers.

“It’s been amazing. Obviously, it’s what you dream of as a kid to play at this level,” Dal Colle said ahead of Thursday’s game against the Bruins. “My first game at MSG was a pretty incredible experience to have my family there and then play at the Bell Centre. (I) played at two of the best road rinks probably in the entire league. It’s been two pretty exciting games to be in and two big wins.”

Still, the expectation that comes with being such a high draft pick is that the player will be offensively gifted. And Dal Colle has played a solid game at the AHL and NHL level but hasn’t been lighting up the lamp.

Dal Colle only had five goals through 34 games before he was called up by the Islanders and he had told Islanders Insight before the call up that his goal for the new year was to increase his offensive output. So how does that change the approach to that goal now that he has found himself playing against the best players in the world?

Anyone who has watched Dal Colle has noticed at times he is hesitant at times to shoot. For instance, during his final game in Bridgeport before the call up there was a moment in the game where Dal Colle had a clean look at the net and should have fired.

Instead, he peeled off and looked for the pass.

Here at the NHL level, Dal Colle doesn’t believe it’s so much about forcing himself to shoot the puck, but rather just moving his feet more in the offensive zone.

“I think it’s just reading what you have,” he explained. “It’s good to get the puck to the net, but this league is a lot off the cycle and stuff like that. It’s just focus for me of moving my feet. I think the more I move my feet in the offensive zone the more space I’ll get and those will create opportunities.”

A lot of focus heading into Thursday night’s game was about the Islanders sloppy play in their own end. So before the game, I asked Thomas Hickey what it was like and what the team had been doing to improve that aspect of the game.

In case you’re wondering why it was Hickey I sought this insight from, it’s because he was the one who mentioned after Tuesday’s loss that the team had been working on their defensive game, even if it didn’t seem like it. It was an interesting conversation with the Islanders’ defenseman. who has been thrust into a more veteran role with the number of injuries the Islanders have at the blue and the youth that now encompasses it.

“We’re working on where we’re pressuring,” he explained from his stall at the Islanders practice facility. “Where we’re trying to force guys to just so we can have everyone in the same spot and get the puck and get it out right away, and maybe spend 10-15 seconds, five seconds in our own end. It’s something that’s tough to learn when teams are flying around and it’s a high-speed game, so it’s something we’re continuing to try to get better at.”

And if you’re wondering what is going through a defenders mind when they’re hemmed in their own zone for extended periods of time, so was I. Hickey said his mindset is about making the “hard play.”

“It’s often the hardest thing to do because there’s less time and you’re fatigued,” he said. “But that’s what’s going through my head is make a hard play or try to get a whistle somehow. Whether it’s letting your goalie freeze the puck, but it’s more about staying in position once you  get out for that long rather than trying to end the pain right away.”