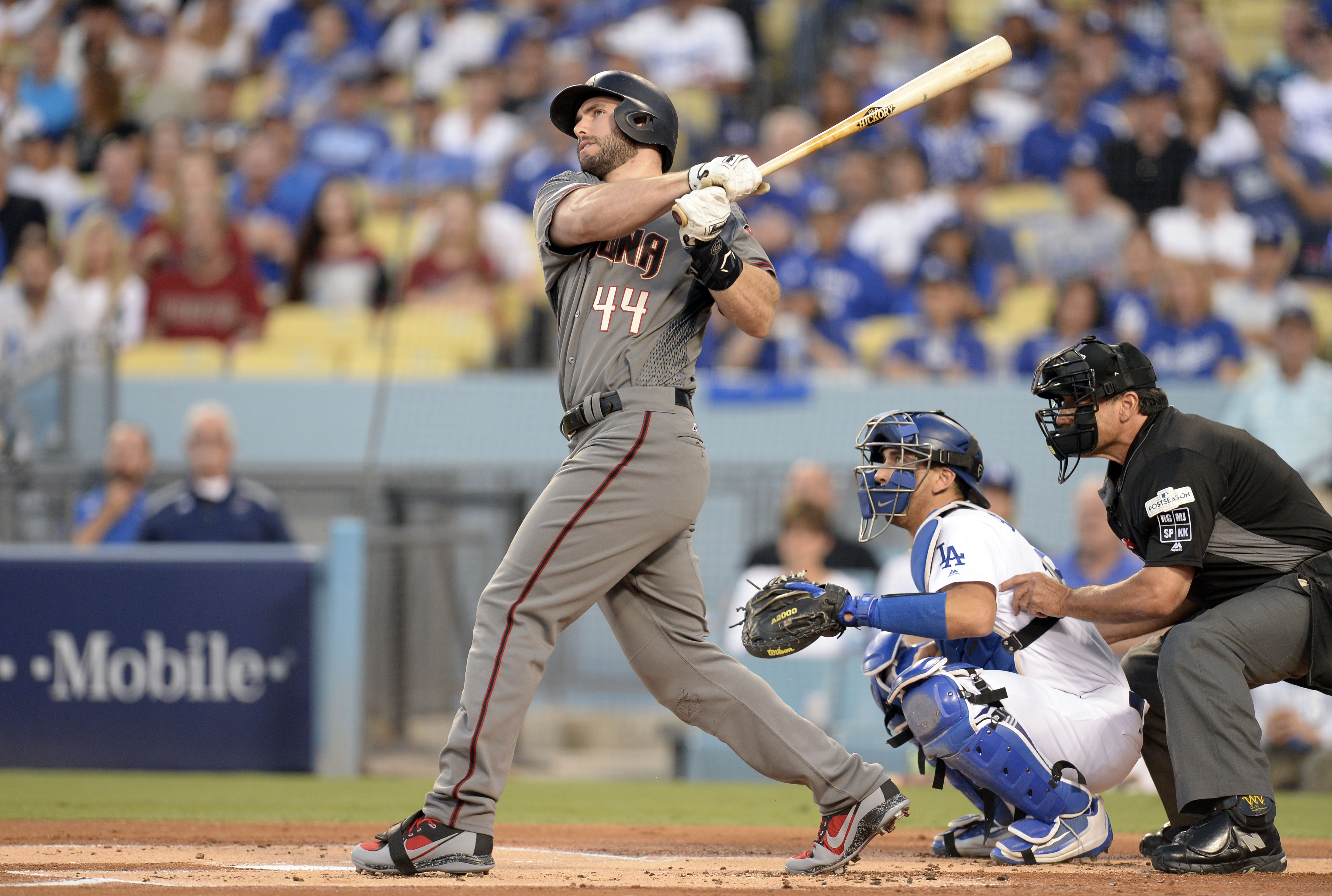 While first baseman Paul Goldschmidt is the face of the Arizona Diamondbacks, he’s also one of the most underrated superstars in today’s game. He’s been to five straight All-Star games, has won three Gold Gloves, three Silver Sluggers, and has been a finalist for the National League MVP three different times.

Oh yea, and the 27.9 fWAR he’s accumulated since 2013 not only leads his position, but it’s also the third-best mark in all of baseball. The only two players who have posted a higher fWAR than him during this time are Mike Trout (43.4) and Josh Donaldson (35.6).

While he’s been as consistent as they come since becoming a full-time player, it’s interesting to see how he’s arrived at some of his numbers — and most specifically, his power — based off how he compares to other elite producers.

Making the Most of His Fly Balls

Despite Goldy’s ability to rack up homers at a similar pace to some of baseball’s best power hitters, he’s unique in the sense that he doesn’t need a lot of fly balls to make it happen.

Since debuting in the big leagues, the first baseman has posted a fly-ball rate higher than 36.0% just once, and that came in 2011 when he produced a 36.5% rate on just 117 plate appearances. On the flip side, though, Goldschmidt’s quality of contact has been tremendous.

If we look at how all these metrics stack up against other players in baseball, there are some interesting differences. Let’s again look since 2013 because that’s when he truly broke out with a 6.2-fWAR performance.

Over this five-year span, Goldschmidt’s 148 home runs are tied for ninth with Nolan Arenado and his .239 ISO is a top-20 mark that’s just ahead of Bryce Harper (.236). He’s done this despite a 33.3% fly-ball rate, which ranks outside the top 200. Interestingly enough, he’s only slightly behind Jose Abreu (33.4%), but they’re also both trailing Billy Hamilton (33.8%), which helps puts things in perspective.

But if we change gears and look at his quality of contact again, Goldschmidt is among the best in baseball. His 41.6% hard-hit rate ranks sixth during this time, and is just ahead of Statcast darling, Giancarlo Stanton (41.3%). The 11.1% soft-hit rate he’s produced is tied with David Ortiz for the sixth-best mark.

So, when we talk about hitters making the most of the fly balls they hit, Goldschmidt could very well be the standard — he has a career 275 wRC+, .759 ISO, and 54.9% hard-hit rate when he gets the ball in the air.

Thanks to His Plate Discipline

One of the many reasons why Goldschmidt’s batted-ball profile looks as healthy as it does is because of his plate discipline. Some may look at his .354 career BABIP and think there’s no way it can continue to stay that high, but it’s possible because of his propensity for making hard contact to go along with a career 22.3% line-drive rate.

Even though he’s swung at just 40.6% of pitches in the big leagues, he typically waits for the ones he can do the most damage with. The veteran is also not afraid to take a walk, which has always been a strength of his game (14.1% career walk rate), and 2017 is a perfect example of that.

With a batted-ball profile that’s light on fly balls and heavier on ground balls and line drives — at least, more than your typical power hitter these days — all the details leading up to the results is crucial. And for Goldschmidt, his plate discipline is a gigantic reason behind not only his overall success, but his elite power.

If we take a deeper look at Goldy’s 2017 performance, he puts himself in an intriguing club. He tied a single-season career high with 36 homers in 665 plate appearances, and the 30-year-old accomplished this despite a 34.9% fly-ball rate.

That got me thinking — how many instances have there been in recent memory where a player has hit at least 35 homers while posting a fly-ball rate at or below 35.0%? Thanks to FanGraphs’ splits leaderboard, we can see there have been just 12 such occurrences since 2002 (with three in 2017).

Of the players that have made it onto this list, only six were primary first baseman. But what makes it even more interesting is that only one hitter appeared more than once — Paul Goldschmidt. Two of his three best individual seasons when looking at fWAR (2013, 2017) landed him here.

Hypothetically, one can say that Goldschmidt could potentially unlock even more power if he just got the ball up in the air a little more often, but he’s clearly been at his best throughout his career when he lags a bit behind in that category. Could this end up being an issue as he marches forward into his 30s and further away from his prime? Potentially, but if his plate approach stays sound and his quality of contact remains elite, it shouldn’t be a huge deal.