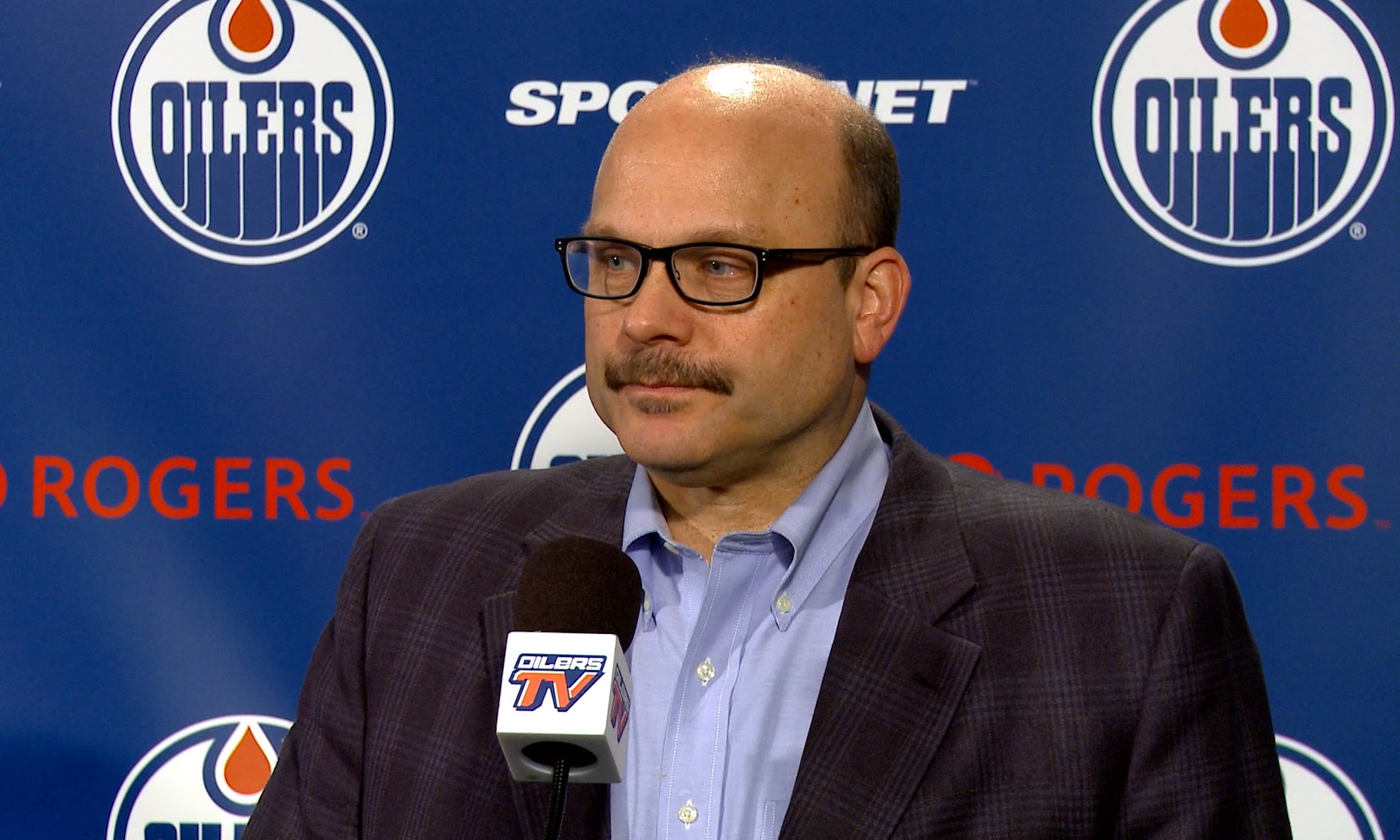 Last season was a well deserved breath of fresh air for everyone involved with the Edmonton Oilers, from the fanbase to the city and everyone in between. Edmonton’s first playoff berth in ten years included a first round victory over San Jose, and nearly included a trip to the West Final to battle the Nashville Predators. Even after falling in game seven to the Anaheim Ducks, there was great hope in Edmonton.

If last year was a breath of fresh air, this season has been a swift kick to the groin. The Oilers’ playoff hopes are essentially dead before the All-Star break, and a team with ample cap space will be selling come deadline time. To say this season has been a disappointment would be a complete and total understatement.

That said, Oiler brass doesn’t believe they are as bad as this season indicates. I’ve been extremely tough on them, rightfully so, but I tend to agree. The Oilers aren’t nearly as good as they were last season thanks to some bad decisions in the summer, but they aren’t bottom third of the NHL bad.

The Oilers also believe they can be Stanley Cup contenders again next season, and apparently everything they do now is geared towards accomplishing that goal. How do we know this? Insider Elliotte Friedman mentioned it in this week’s 31 Thoughts column over on Sportsnet.ca.

21. After a week of intense rumours around Edmonton, my belief is this: Everything they do is about being a contender next season. They know they haven’t matched up to last year, but refuse to believe they are as bad as this year. If Wayne Gretzky wanted a bigger role, he could probably have it, but I don’t believe that’s what he wants. Plus, he’s around plenty and they don’t ignore him as a sounding board.

I’m happy to hear these words from Friedman, because we didn’t hear them much last year after the Oilers were knocked out by the Ducks in the playoffs. The talk then was about internal growth and staying the course. That hasn’t worked, as the Oilers missed the boat in a big way on loading up for a run this spring. They have to learn from this mistake and it appears they may have to a degree.

This season is lost, so there is no need to make a drastic move to try and save the season. The fact the Oilers acknowledge this is massive. That should prevent any kind of last ditch stupidity from taking place, further hindering this club’s ability moving forward.

Edmonton has some major needs going forward, needs that club insider Bob Stauffer has pointed out. Usually, when the most connected man in town talks, that means there is something to it. Edmonton needs a top-four right-shot D that can shoot the puck and play on the powerplay, a shooting winger, and a third line center. In order to even come close to contending next season, Edmonton will need to check those boxes off this summer.

Friedman’s quote is interesting because that means we could see the Oilers buy AND sell at the deadline next month. Here’s the deal, if the Oilers can get Mike Hoffman come deadline time, then they need to do it. It’s a player that fits perfectly, has term, and can help the group win next season. Those are the kinds of players the Oilers should be pursuing in the next six weeks.

The Oilers are doing the right thing here. They know the playoffs aren’t a real hope this season, so they are preparing to prevent something like this from happening again next year. The goal absolutely should be to contend for the Stanley Cup next season, and the Oilers should absolutely be doing things right now to ensure that is reality.

When someone as connected as Friedman mentions that, it’s usually a good indicator of what the team is thinking. The Oilers should completely see themselves as contenders next season, and starting the process of ensuring that now is simply good business.

Now, can they execute and actually get this team back on track? That’s a whole different issue.

Why Super Bowl 52 Could Be The Worst Ever

There is always a lot of hype surrounding the Super Bowl. This year, it’s quite possible it’ll die down considerably well before the game arrives....