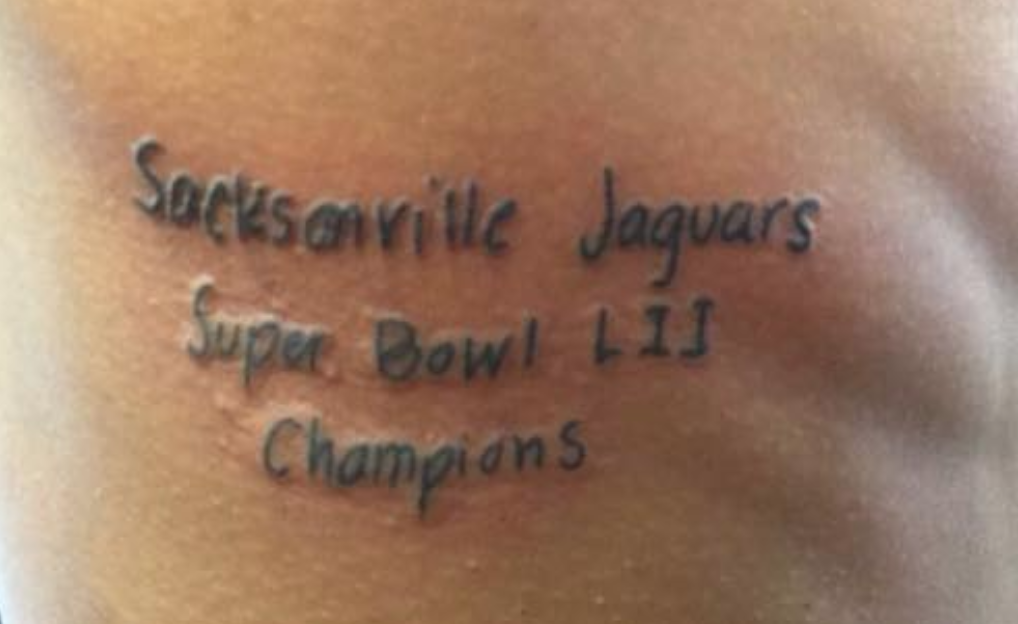 The Jaguars may have run into a force greater than themselves that will prevent them from winning Super Bowl LII — the tattoo curse.

Cornerback Jalen Ramsey may be confident that the Jaguars are going to win the Super Bowl, which he recently declared, but it’s hard to overcome one of the biggest jinxes known to man.

The tattoo curse — along with the Kardashian curse — has done in many championship-caliber teams in the past, and it’s now in play for the Jaguars. A fan got a tattoo that displays “Sacksonville Jaguars Super Bowl LII champions” on his ribs, and you can see it in the photo below.

How confident are you in the Jaguars? Probably not as confident as Kelly Allen, who says he just got this tattoo predicting a Super Bowl win. #Sacksonville #DTWD pic.twitter.com/ARoerfUCmS

Fans don’t usually get tattoos on their rib cage. We’d imagine that it was quite painful to get inked in that particular location.