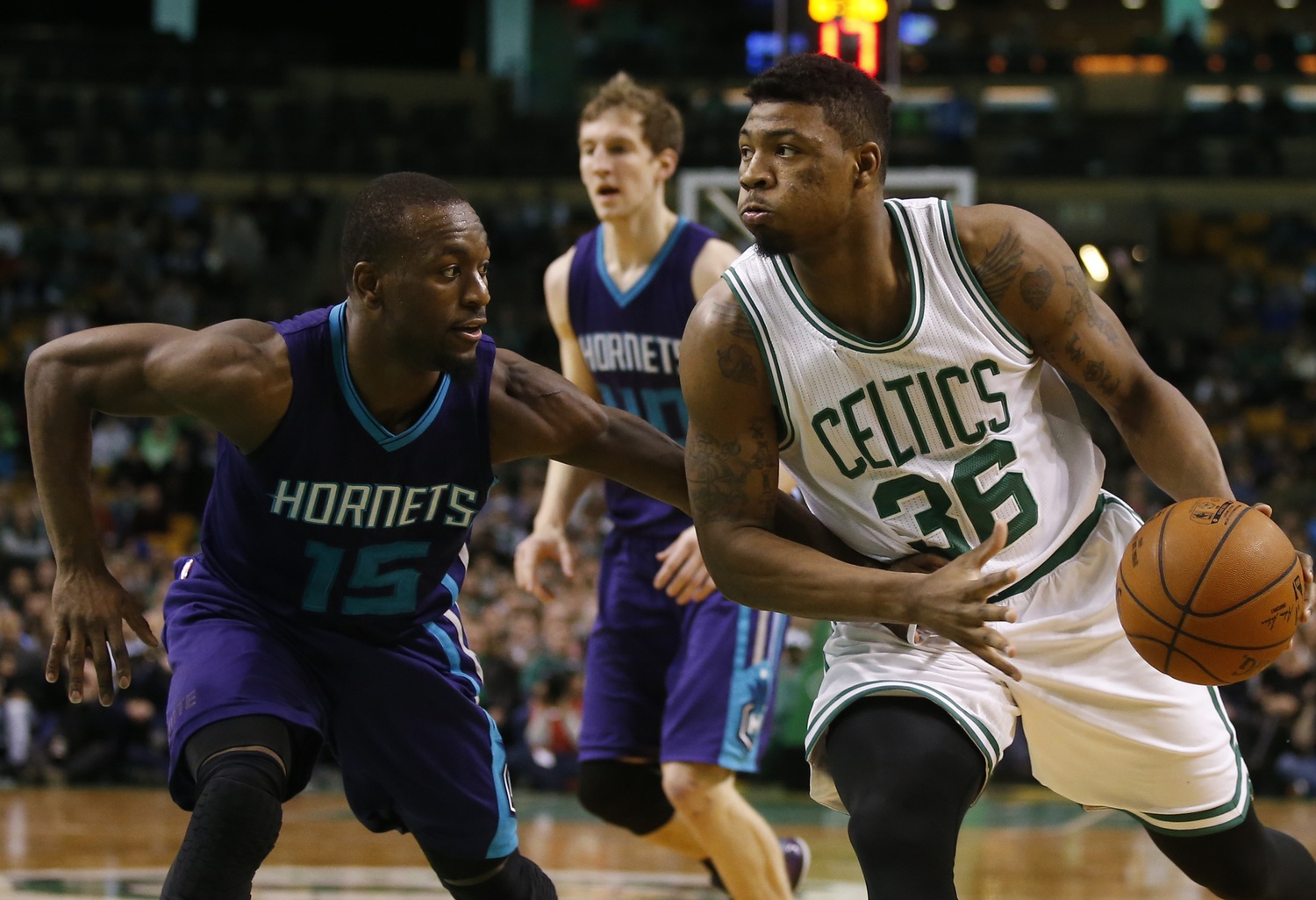 At one point, something near $20 million a year was kicked around. That number dropped a bit to suggestions of something in the 4-year/$42 million range after some comparable players got their extensions over the summer.

But the money to throw at Smart just doesn’t seem to be there right now. Not only that… potential landing spots for him are slowly drying up. Milwaukee already got Eric Bledsoe from Phoenix. And now Kemba Walker could be on his way out of Charlotte.

Charlotte has been encouraging teams to make offers and appears eager to discuss attaching Walker to a larger trade in which another team would take on one of the Hornets’ several far-less-desirable contracts, sources said.

Walker, 27, who makes $12 million per season through 2018-19, has developed into something rare among Charlotte’s cornerstone players: a talent whose production outperforms his pay stub. Walker is the Hornets’ best, most popular and culture-driving player.

Charlotte is hopeful that the inclusion of Walker in a potential trade could help bring back a good, young player or a first-round draft pick.

This effectively takes two teams out of this mix for Smart: Charlotte and whichever team that gets Walker. Trading Walker away clearly means the Hornets are planning to start over. They are very expensive and are paying a lot of money to decent players who never took the step forward Charlotte had hoped. They’re also paying Dwight Howard almost $50 million over this season and next.

They’re not going to throw any real money at Smart. Marcus has also done himself no favors this season, checking in with offensive numbers that match his career averages.

Smart is about to be 24 years-old, which is young enough to make offensive improvements, but old enough to suggest this fourth year in the NBA is probably the most realistic expectation moving forward. Sure, in a different role as the starter on a different team, he could find a higher desire to drive and score. But it’s hard to imagine he’s going to radically transform his game as he hits his prime.

That’s ok, though, because we know Marcus’ money isn’t earned on that end of the floor. He’s a very good passer and he can be a solid back up if he’s surrounded by shooters, but Smart’s money is made by being a pit bull on D and making those “winning plays.”

We love them. They’re fun. And in an open market where a bunch of teams have money, Smart could earn a lot being a guy who ties the whole game plan together.

In THIS market, as a restricted free agent, it’s looking more and more like the money and positions are drying up fast.

“It will cost them a lot more then, I can tell you that.”

Unless he can get a good read on ONE team willing to (a) make a big enough offer that the Celtics decide not to match and (b) wait the full three days for Boston to officially decline to match while that money ties up their cap, it might be in his client’s best interests to negotiate a palatable deal in early July rather than watch his value drop throughout the summer.

The Celtics aren’t necessarily swimming in cash and they could be in an even tighter pinch if they manage to get the Lakers pick this year. They can maneuver a bit and make room if they are so inclined, but it would definitely include Smart taking a bit of a discount.

Every few weeks, something new comes up that seems to push Smart into that discount territory somehow. He’ll still make a lot of money, but bad timing and bad luck could cut into what he might have made at another time. Maybe this results in a shorter contract that puts him back onto the market in his prime, but no matter what happens, chances are greater today that Smart will lose out somehow.