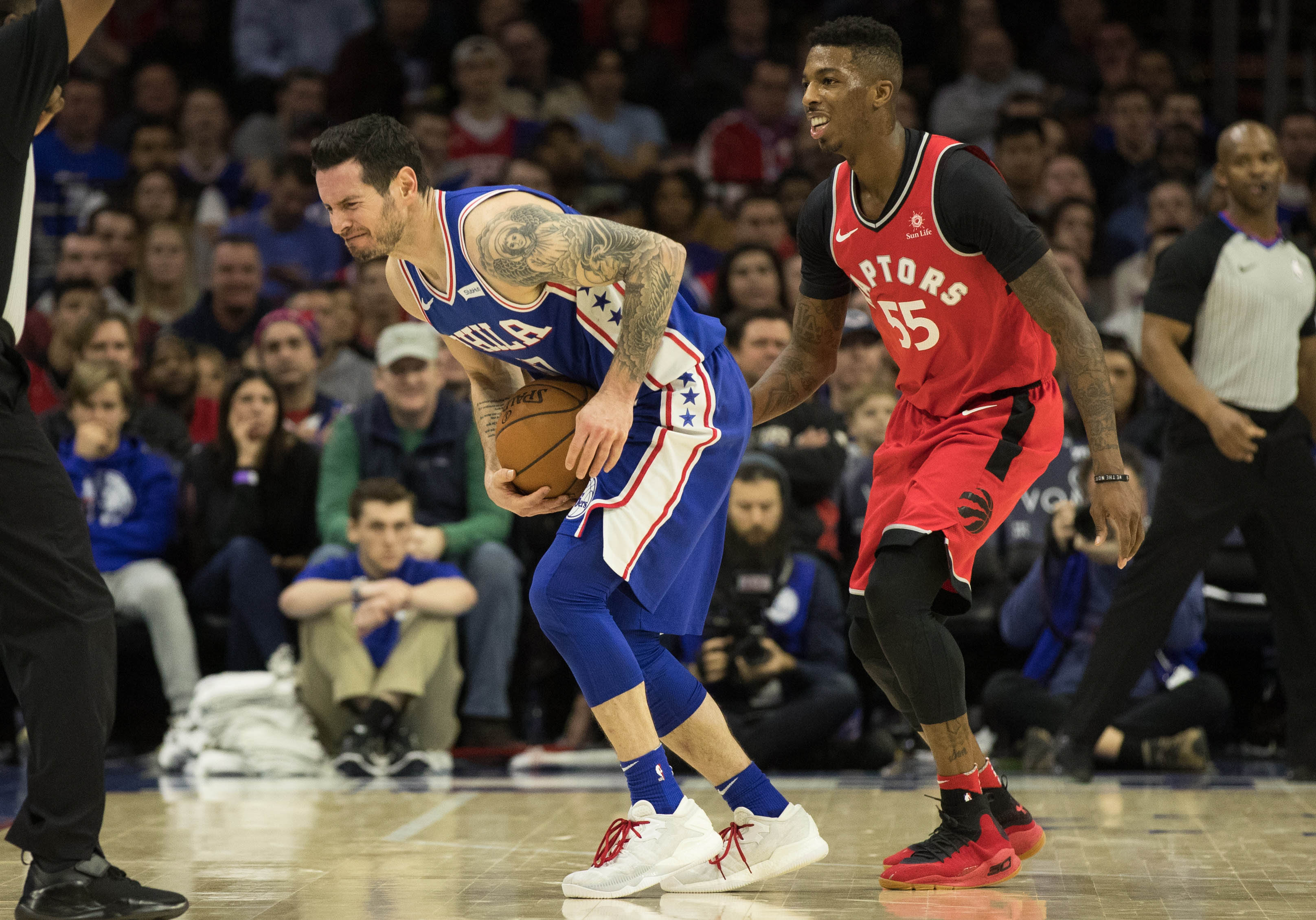 The Sixers sit at 21-20. As of January 19, 2018, they hold the 8th seed in the Eastern Conference (technically because they have fewer losses than the Detroit Pistons) and are very much flirting with making the playoffs this year. So far, they’re 4-1 in January with wins over Boston, San Antonio, Detroit, and Toronto. This is amazing despite the fact the team is woefully short at possibly the most important positions: any wing position.

In a league like the NBA that emphasizes space more than it ever has, it’s incredible that the Sixers don’t really have the guys necessary to keep up. If they do have those guys, they don’t have enough talented guys on the wings. Let me preface that when I refer to “wings”, I’m generally referring to guys that either play 2-guard (SG) or small forward. If you really want to count point guards, I guess you could, but that’s not traditionally what the definition is.

When the season started, the Sixers were supposed to have Markelle Fultz, Robert Covington, J.J. Redick, Justin Anderson, Jerryd Bayles, Timothe Luwawu-Cabarrot, Nik Stauskas, and Furkan Korkmaz. As of January 19th, that list is very diminished. Injuries have claimed Korkmaz (Lisfranc) and most importantly Fultz (shoulder). Justin Anderson returned to action last night after dealing with shin splints. Stauskas was traded to the Brooklyn Nets as a throw in to finally move Jahlil Okafor. The Sixers received Trevor Booker in the trade, and to this day, I still don’t understand what the point was in acquiring Booker. That’s another thought for another day.

Now, J.J. Redick will miss two weeks (which is a month or more in Sixers medical terms) with a crack in his left fibula. The Sixers did sign James Young earlier this month, but here’s a shock. He was out last night against the Celtics with an undisclosed injury — the kind of injury that irritates me the most with this team. Young should get serious minutes until Redick returns, but with the rest of the wing roster out for various reasons, this team has a serious weakness.

So, that brings the question: “What do they do, now?”

Robert Covington is still having a good year. He started off on fire in October and November before leveling out the last two months. “Lord Covington of House Three” is still averaging about 14 per game shooting close to 40% from three (38.5% to be exact). Redick has been as advertised with his three point shooting both off screens and off the catch totaling averages of 17.3 ppg and 40.5% from three. Those two wings are solid, and when Redick returns in however long it takes, some ills should be cured, but many more will remain.

Playing Markelle Fultz until he’s 100% ready and confident in his ability is not an option. The worst thing you can do for a young player in any sport with zero confidence is force him to find his way out of it in meaningful games. If he struggles, that only makes things worse. Sixers fans everywhere want to see Fultz on the basketball court. We all do, but we should all want to see him on the court in a position where he’ll succeed. Do you really want to be put in a situation where you feel compelled to “boo” him — like fans are doing with Jerryd Bayless (rightfully so, and more on him, later)?

Actually, let’s go right into Jerryd Bayless. I’d be completely happy if I never saw Bayless on the floor again for the rest of the season. Give James Young his minutes. At this point, I don’t care. We’re a long time away from when Bayless shot 44% from three in Milwaukee — prompting the Sixers to give him a three-year contract. (That’s right, folks. We have to deal with him for at least one more season.) Now, Bayless struggles to hit wide open shots, is a liability defensively (-1.0 defensive box plus/minus), and the Sixers are a minus team when he’s on the floor. Give Luwawu-Cabarrot those minutes. Kevin Rice of Liberty Ballers wrote a nice piece on TLC’s regression, but I’d still rather give him those minutes. Give James Young those minutes. Give T.J. McConnell those minutes. Just keep him off my floor.

The NBA trade deadline is February 8th, but making a move isn’t easy since there aren’t too many options out there. Clippers guard Lou Williams is a name that is brought up every other day to me, so I’m going to say this one last time. Lou Williams isn’t coming back. I think the Clippers keep him and then sign him to a decent deal in the off-season. Period. There are some other thoughts for wings whose names I’ve either heard in my head or via Sixers sources (basically Liberty Ballers because I don’t trust anyone else).

Here’s a brief list of players I’d like to see traded to the Sixers but won’t happen for various reasons:

Atlanta Hawks guard Mario Belinelli would be a nice addition. Belinelli is 31 with a friendly contract. The Italian is on the books for $6.6 million but only for this year. If you want to challenge Bayless for his minutes, Belinelli would make great sense. He’s shooting 38.7% from three, and it’s only natural that we get our head coach (Brett Brown) a player who used to play for the man who was once his professor (Spurs coach Gregg Popovich).

If you’re standing up, you may want to sit down for this next one: Indiana Pacers guard Lance Stephenson.

This one is more for my and my editor’s enjoyment because the possibility of Stephenson playing for the Sixers makes us both giddy with both excitement and the feeling of “oh my God, what’s he going to do, tonight”. He’s never been a particularly good three-point shooter, but think of a second unit that features Stephenson — who can still get to the rim whenever he wants — T.J. McConnell and Richaun Holmes on the floor. Goodness, that’s a lot of grit on the floor at once. Again. This trade is more mentally satisfying to just me and my editor, but I feel like Stephenson would grow on folks. If he doesn’t work out, that’s okay. The Sixers simply won’t pick up his club option in 2018-2019.

Memphis guard Tyreke Evans is an interesting case that’s been brought to my attention. Evans is 28 years old and also on a deal that expires after this year is over. The Chester, PA product is scoring 19.7 ppg and shooting 40% from three shooting five per game. That’s the part that scares me. How much of Evans’s rise in three point ability is practice, and how much is the dreaded “small sample size” theory? Also, what would the price for Evans be? Trading a first round pick for Evans is insane and shouldn’t even be considered. If Memphis takes a pair of twos (unlikely), then that’s an interesting way to roll the dice and see if Evans is worth keeping on past this season.

There are more names to consider like Magic guard/forward Evan Fournier (18.0 ppg, 39.6% from three, $17 million per season until 2021) or Hawks forward Kent Bazemore, but the Sixers have an issue to address for the remainder of this season and seasons ahead. In this league, wings mean rings. If the Sixers lack those parts, then it’s hard to fathom them beating the Boston’s, Cleveland’s, and Golden State’s of the league who are loaded with wings in both the starting lineup and the bench.