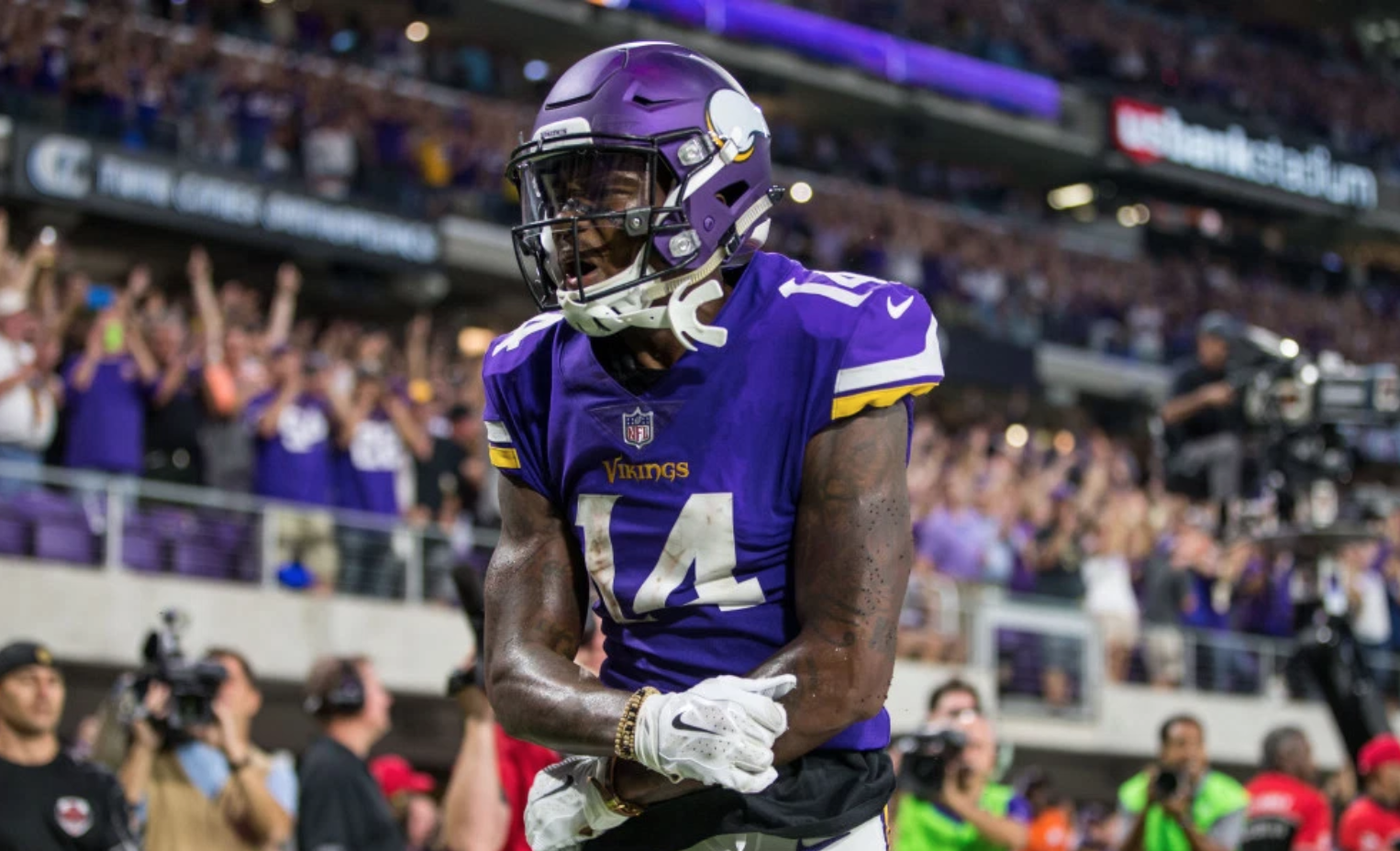 Stefon Diggs made the biggest play in Minnesota sports history in Sunday’s divisional-round matchup against the Saints, and the Vikings appear to be making sure they can own the rights to merchandise pertaining to it.

Diggs hauled in a 61-yard touchdown catch to give the Vikings a 29-24 win in walk-off fashion. The thrilling game was the only NFL playoff matchup to have ever featured a walk-off touchdown, and will be talked about by sports fans for years to come.

The touchdown catch was labeled the “Minnesota Miracle,” and will go down in NFL history as one of the most improbable plays of all time. The Vikings appear to be aware of that, as the team filed for three separate trademarks to the phrases “Minneapolis Miracle,” as well as one to “Minnesota Miracle,” according to ESPN’s Darren Rovell.

The trademark filings showed up in the U.S. Patent and Trademark Office on Friday, and the team plans to market more than 100 items with the name — including football helmets, bathing suits, watches, golf bags, parkas and more.

As for the Vikings, they’re currently preparing to square off against the Eagles in Sunday’s NFC title game, and are one one win away from appearing in Super Bowl LII, and playing in the friendly confines of U.S. Bank Stadium.