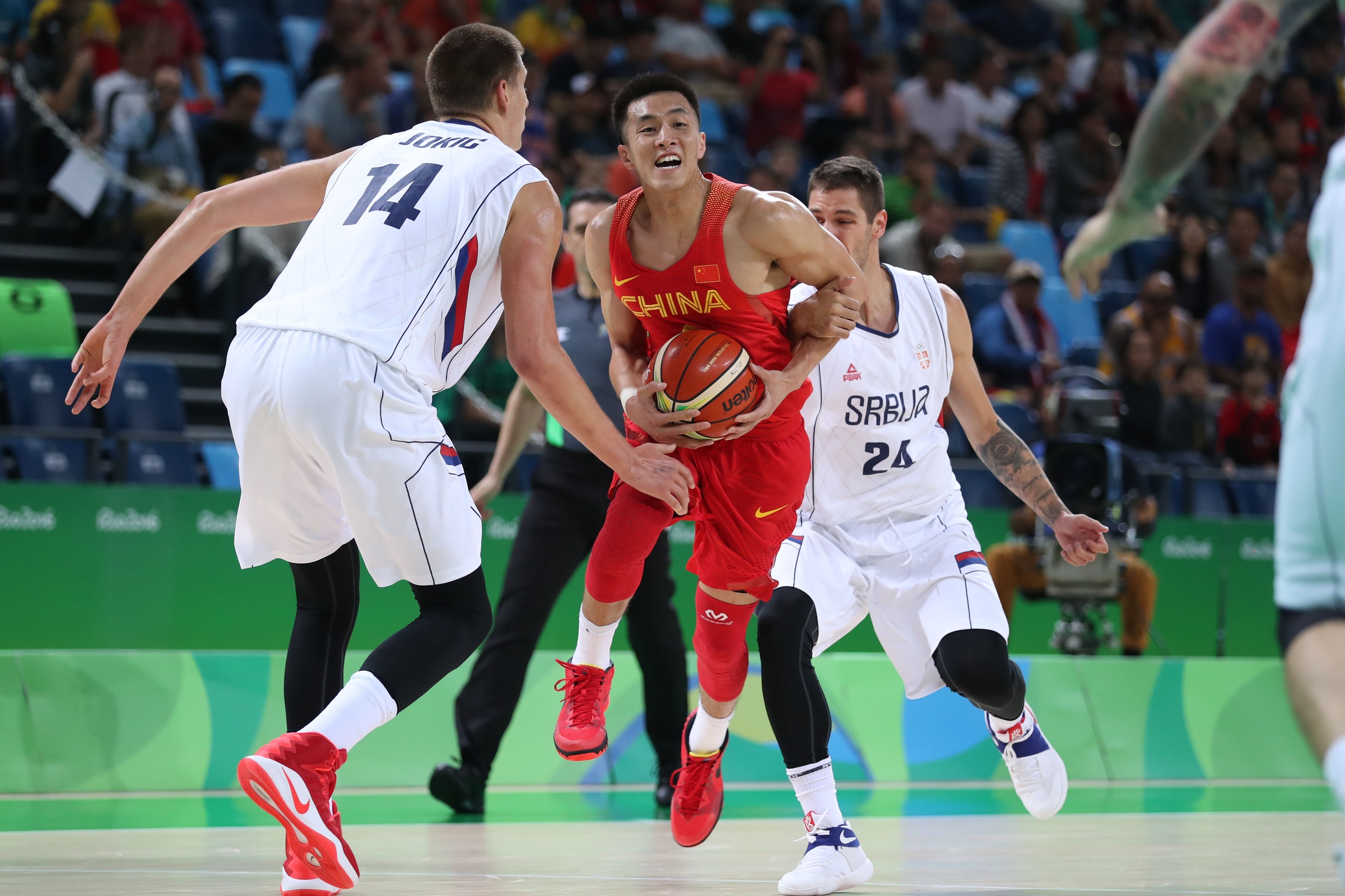 If you remember watching Jordan Brand’s advertisement from last summer, you may have noticed that while Michael Jordan’s mouth is moving, a new jersey appears just next to Russell Westbrook’s locker. It is number 13, Guo Ailun.

Maybe you have never heard of him before, but this video is the reason you better learn more about him — and fast. Below is the famous welcome video for Guo joining the Jordan Brand delivered by His Airness himself. Inside the locker room, after seeing Carmelo Anthony’s jersey, Chris Paul’s jersey, Blake Griffin’s jersey, Jimmy Butler’s jersey, Kawhi Leonard’s jersey, and Westbrook’s jersey, the last number 13 jersey belongs to Guo.

It doesn’t mean that Guo and those players are on the same level as players, but it means that basketball fans need to pay attention to this young and budding Chinese player.

On May 10th, 2017, Jordan Brand announced that they have signed Guo Ailun, a point guard from China’s national basketball team. Furthermore, on August 18, Air Jordan claimed that they are going to design special shoes with his signature. Guo Ailun is the first athlete in Asia to sign a commercial contract with Jordan Brand.

So, why does Jordan Brand choose Guo Ailun to represent their products? Back to 2016, in Rio, China’s national basketball team lost all five games, with a minus-25 net score. However, averages of 10.2 points and 4.8 assists made Guo Ailun stick out, and he was able to compete with the high-level European and American point guards of the world. Meanwhile, in the CBA league, he also shows his ability. His driving and dribbling ability and his wide range of vision have helped him become the brain and the engine of the team. Besides helping teammates, he can score, as evidenced by his 43-point explosion in a single game as well.

Guo will likely be a starter for China’s national basketball team for the next ten years. That’s the top reason Jordan Brand chose Guo. Secondly, he is a social network savant. He has more than two million fans on Weibo (a social network like Twitter). And he is willing to talk with his fans through the internet by using his humor. I mention this because in China, not many players are willing to do so. This is an advantage for both him and Jordan Brand to be able to communicate with their fans and consumers.

Not buying stock yet? Here’s some footage of Guo Ailun working out with Westbrook.

Still not sold? Here’s Guo crossing up Carmelo Anthony in the 2016 USA Basketball Showcase, complete with a Jordan-esque push-off with the right hand, a-la MJ over Bryon Russell in the 1998 NBA Finals versus the Utah Jazz. Remember the name.