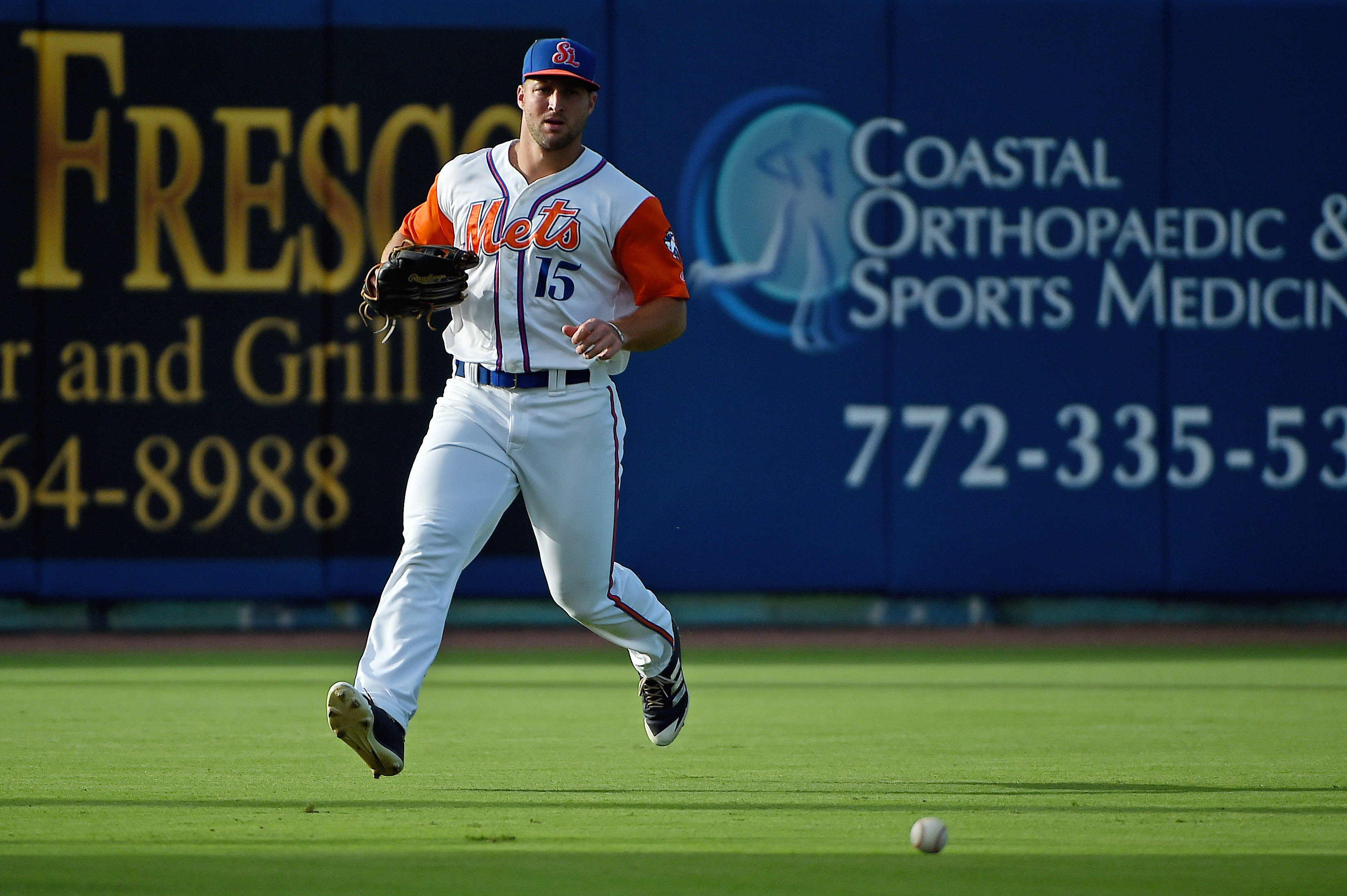 The New York Mets announced their non-roster invitees for spring training yesterday, and the group included one very notable name. Outfielder Tim Tebow, better known for his football playing days, will be one of nine players not on the 40 man roster to be invited to big league camp. The news, which the Mets reported on their own Twitter account, all but ensures there will be a lot of extra eyes at new manager Mickey Callaway’s first training camp. Tebow, 30, batted .226 with eight homers and 52 RBI’s between Low-A Columbia and High-A St. Lucie in 2017.

The Mets also announced that Tebow will be joined by Peter Alonso, P.J. Conlon, Kevin Kaczmarski, Patrick Mazeika, Drew Smith, Corey Taylor, David Thompson, and Adonis Uceta. While Tebow will draw the most attention from fans, there are several other notable names on this list. Alonso had a strong year at first base for AA Binghamton and could make himself a factor for the Mets as soon as the second half while Smith was the prospect they acquired from the Tampa Bay Rays for Lucas Duda.

Some fans will become fixated on the fact that Tebow is going to be a distraction for the Mets, but it really isn’t that big a deal. Tebow has no chance to make the Opening Day roster, and giving him at bats in spring training games won’t take away from the Mets’ chance to evaluate other players. This really isn’t much different from the late 1990’s when Garth Brooks was taking hacks for Bobby Valentine’s Mets in exhibition games.

Pitchers and catchers are scheduled to report to Port St. Lucie by February 12th. The position players, including Tebow, are due in on the 17th with the Mets’ first full squad workout scheduled for February 19th.