The Pelicans Top Memphis 111-104 Behind The Big 3 Of Davis,Cousins & Holiday 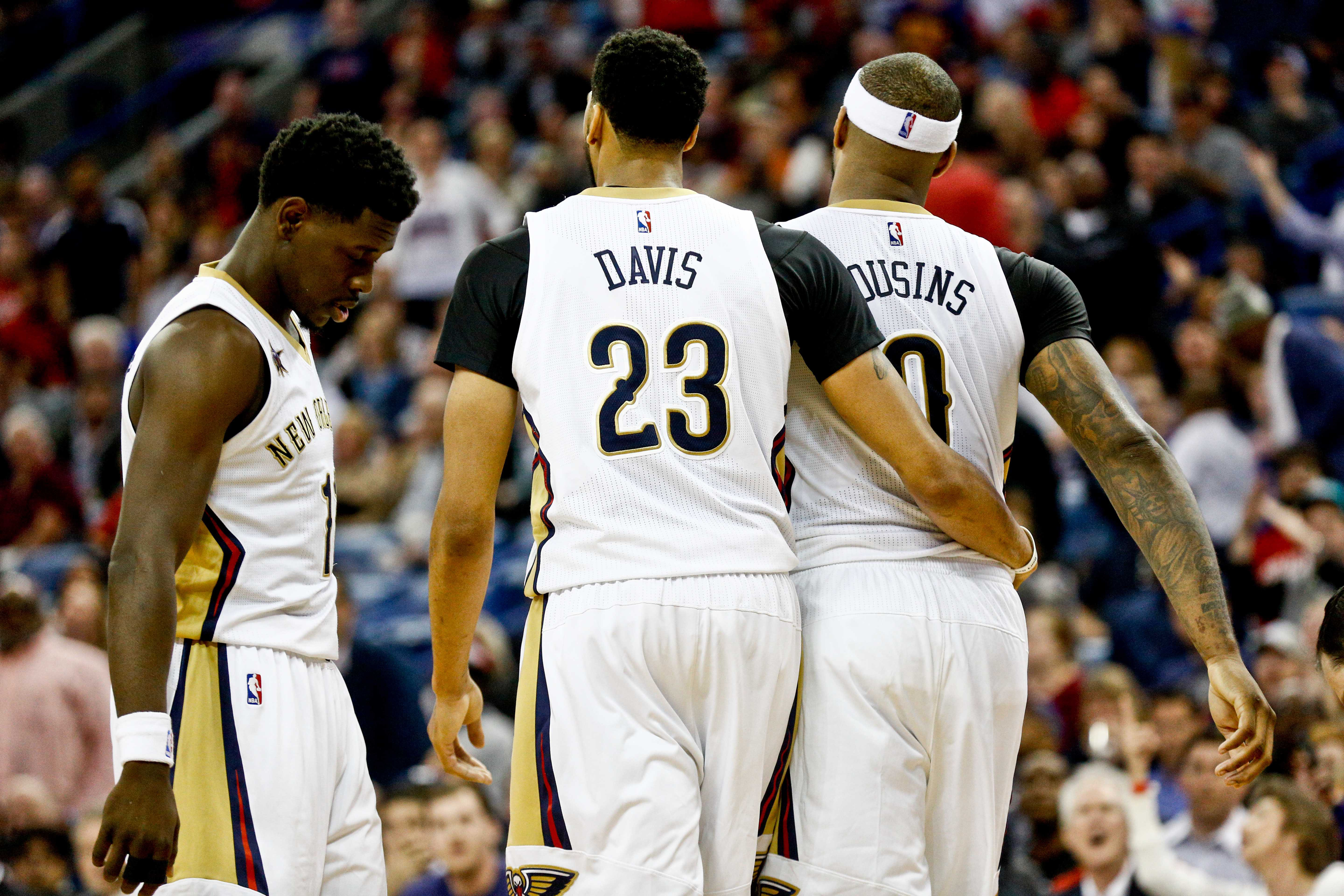 The Pelicans Top Memphis 111-104 Behind The Big 3 Of Davis,Cousins & Holiday

New Orleans,LA- The New Orleans Pelicans took on the Memphis Grizzlies for the third time this season with both previous game won by the Grizzlies. The Pelicans after a let down to a scrappy Atlanta squad seemed focused to right the ship against Memphis. New Orleans came out on a high note scoring 36 shooting 47% in the 1st quarter while holding Memphis to 18. The Pells continued the solid play in the second period by scoring almost 60 points before halftime. Anthony Davis & DeMarcus Cousins both lead New Orleans with 30 points combined at half.

Anthony Davis & DeMarcus Cousins were named to the All-Star team this year as starters, both were looking to avoid another 3rd quarter collapse. The Grizzlies got busy hitting threes & penetrating scoring 37 points, led by rookie guard Wayne Selden 26 pts up to that point.

New Orleans turned it up in the fourth quarter behind The Big Three Of Davis, Cousins & Holiday 60 plus scoring effort for the game. Holiday conducting the offense & defense helped guide the Pells to a win: knocking down critical free throws, pushing the lead to six with less than six seconds remaining in the fourth quarter. The Pelicans top three scored a combined 72 to propel the team to a much-needed win to keep pace in the Western Conference Playoff Race.

The Pelicans get back to the right side of things with the win even keeping the turn-overs down as they improve to 24-21 overall & 12-9 at home. New Orleans faces the Chicago Bulls (18-28) next in The Smoothie King on Monday night, beating Chicago 96-90 last year.