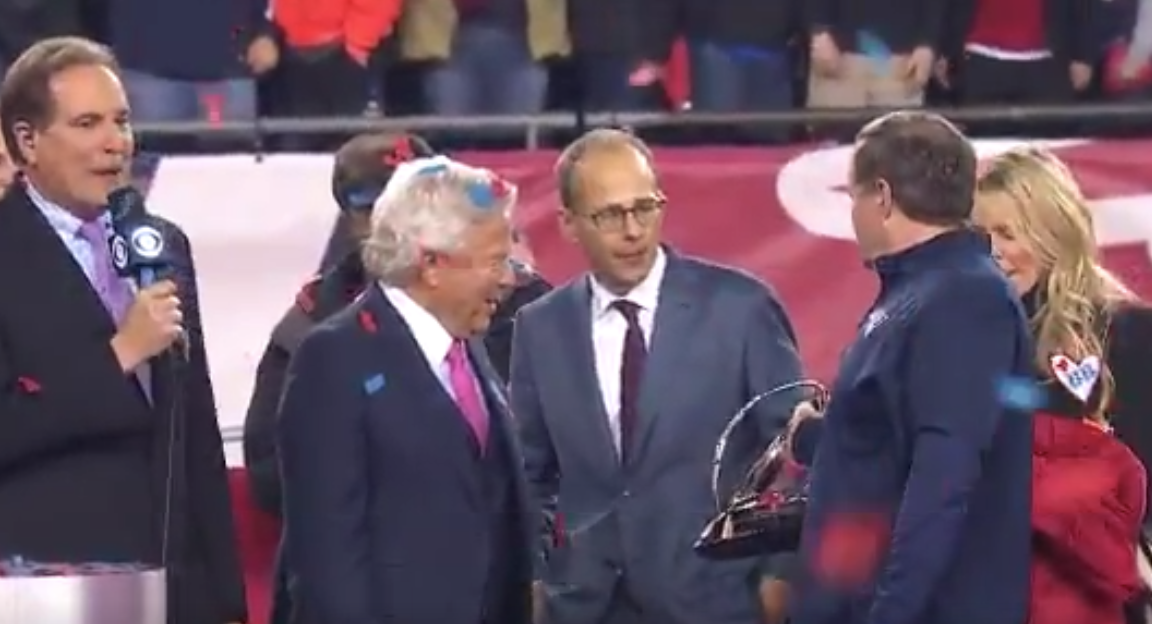 Patriots head coach Bill Belichick didn’t seem to care about the AFC Championship trophy after Sunday’s game was in the books.

Belichick was handed the trophy by Patriots owner Robert Kraft, and even though he was fired up toward the end of the game, he didn’t really appear to be enthusiastic during the trophy presentation. Kraft handed the trophy to him, and Belichick just looked at it and passed it off to a staffer who was standing next to him.

Belichick's just like "put it with the others" 😂 pic.twitter.com/q8vNJxUGIO

It was the eighth AFC Championship trophy Belichick has won during his tenure with the team, so receiving that particular piece of silverware was nothing new for him.