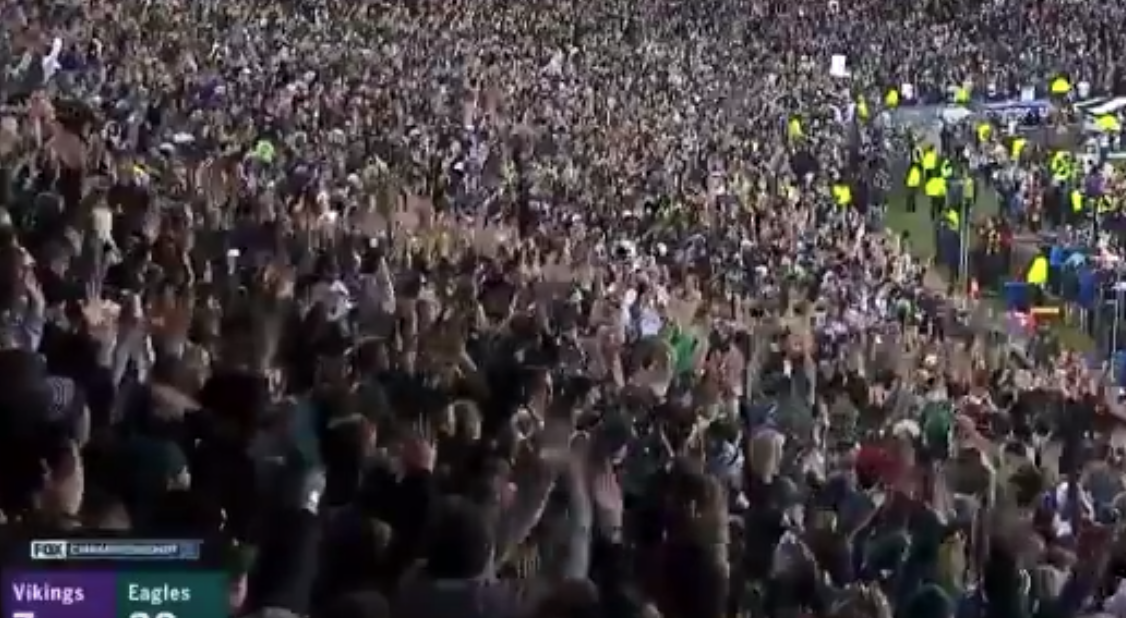 It happened in the fourth quarter of the game, with the Eagles boasting a 38-7 lead at the time. Eagles fans rubbed some salt in the wound by mocking the Vikings’ infamous “Skol” chant. The fans put their hands together over their heads just like Vikings fans have been known to do, but instead of chanting “Skol,” they chanted “Foles.”

Here’s what it looked like from the press box.

The Vikings may have had this coming, as they decided to do the “Skol” chant in one of the most sacred places for Philadelphia sports fans earlier in the day. They gathered near the top of the stairs at the Museum of Art, also known as the iconic “Rocky” steps, and did the “Skol” chant. Eagles fans flipped the script on them, and it was entertaining to watch.

As for the Eagles, the team and its fans sure seem to be embracing the underdog role.