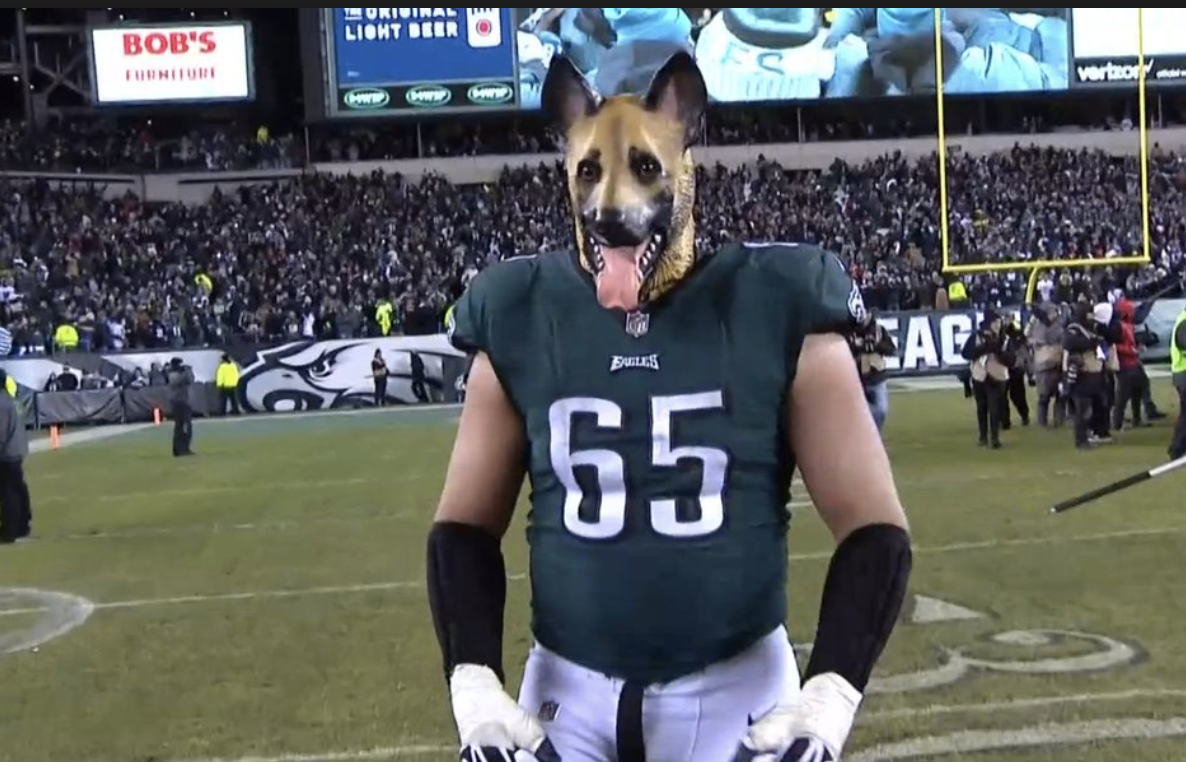 The Eagles destroyed the Vikings in Sunday’s NFC Championship game, but are still underdogs in the eyes of oddsmakers.

Philadelphia was listed as a three-point underdog against Atlanta, and once again in Sunday’s game against Minnesota, which was also favored by a field goal.  The Eagles still have arguably their toughest test ahead of them, though, with a matchup against the Patriots in Super Bowl LII. New England is currently a five-and-a-half-point favorite in the game, and Philadelphia and its fans will have roughly two weeks to wear underdog masks and embrace the spoiler role.

Eagles offensive tackle Lane Johnson, who was the first player to wear the underdog mask — which he did after the team’s win over the Falcons — appears ready to square off against Brady and the Patriots. Johnson told the media he wants to “dethrone” Brady after Sunday’s win.

“Pretty boy Tom Brady, greatest quarterback of all time,” Johnson said, via ESPN’s Tim McManus. “I’d like nothing more than to dethrone that guy.”

He’ll get his chance in two weeks from now, when the Eagles and Patriots square off in Super Bowl LII. The Eagles will be looking to exact revenge, as the Patriots defeated them in Super Bowl XXXIX roughly 13 years ago.