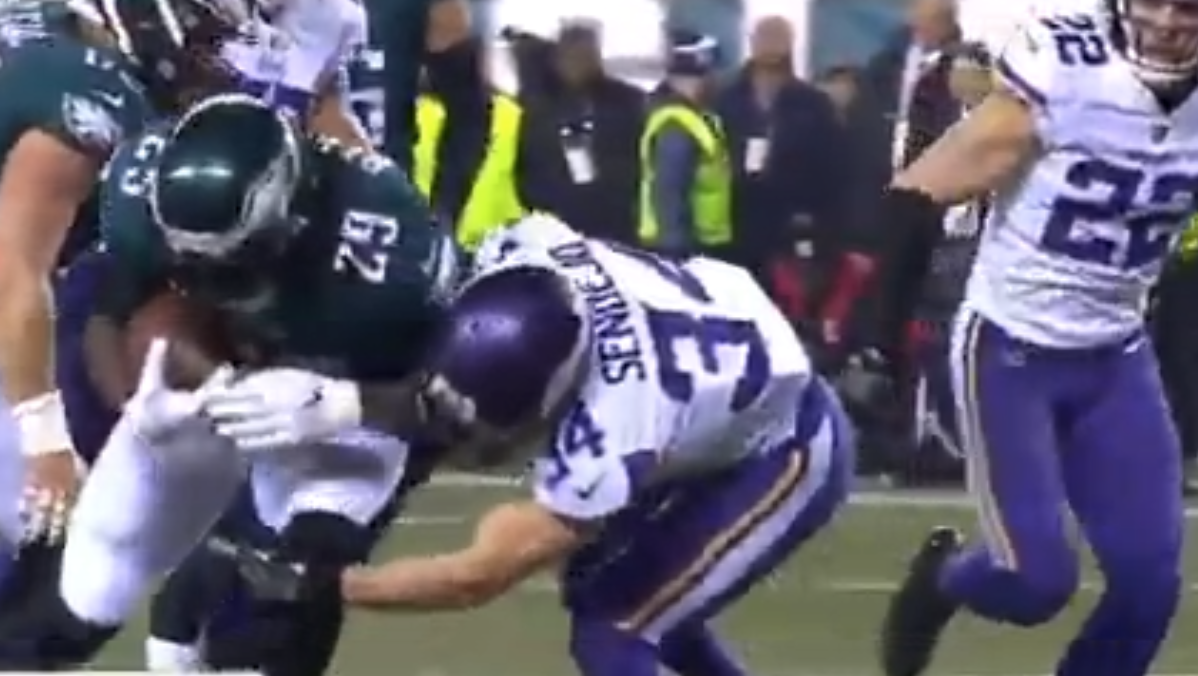 Blount received a handoff early in the second quarter on a first-and-10 situation from the 11-yard line, and he did the rest. The Eagles running back went “Beast Mode” as he burst through a hole and was met by Vikings linebacker Andrew Sendejo. Blount wasn’t fazed, though, as he went right at Sendejo and ran right through him. The end result was an 11-yard touchdown.

Blount runs over people on his way to the endzone https://t.co/AHgnUJ4vo6