Your Morning Dump... where Isaiah Thomas pines for better days in Boston 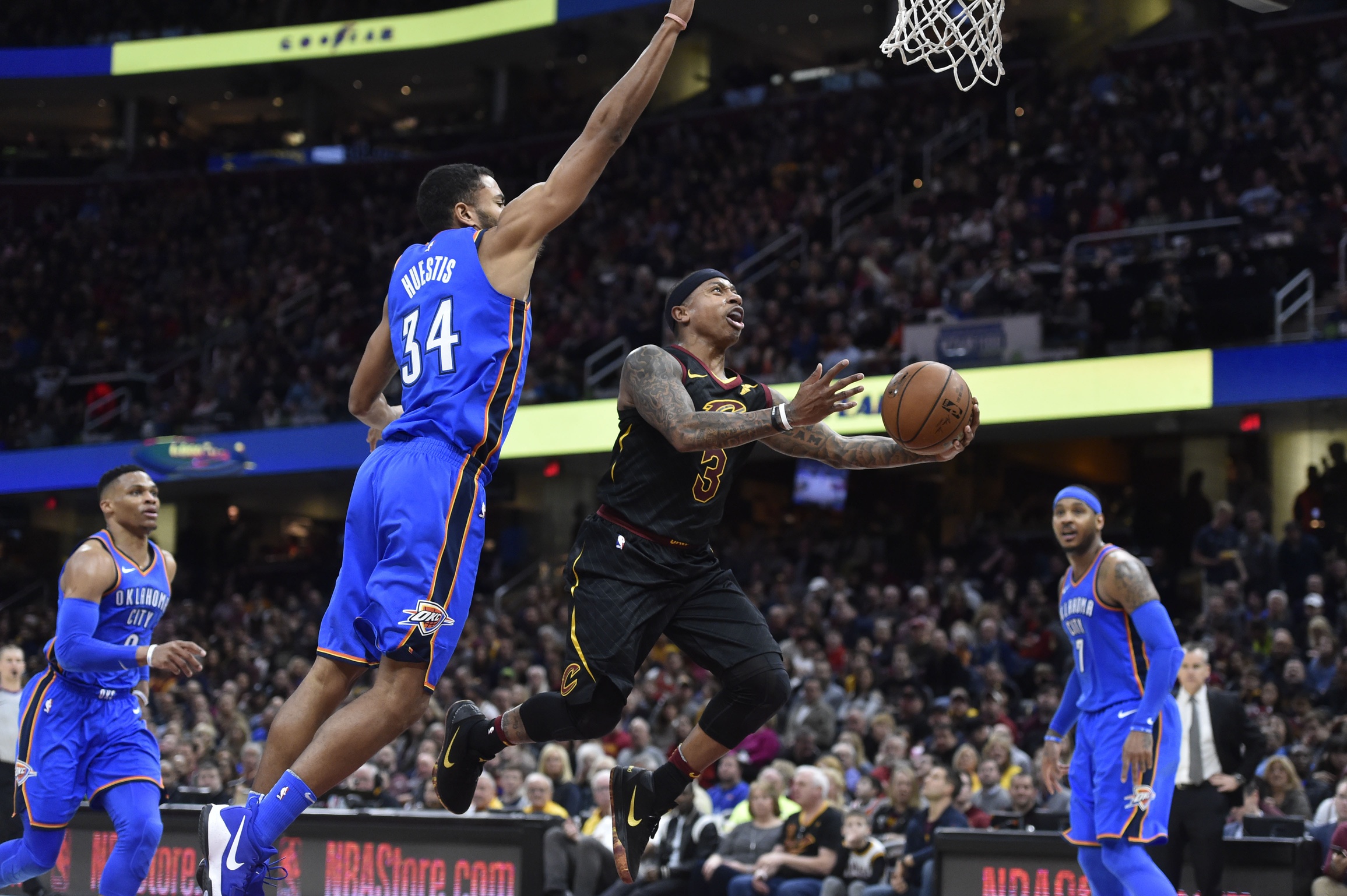 Your Morning Dump... where Isaiah Thomas pines for better days in Boston

“It’s embarrassing,” Isaiah Thomas said. “It’s not acceptable. We can only go up from here, that’s the only positive about that. We’ve got to really look in the mirror, look at ourselves and get some pride.”

Asked to compare the Cavs with his former team, Thomas said the Boston Celtics “were just a better defensive team.”

“I think on that end we do not trust each other, and that has to change.”

ESPN: LeBron: We can ‘easily get bounced early’ if playoffs started today (via MassLive)

We always loved Isaiah for speaking his mind and he’s doing it again now in Cleveland. And it goes to show the difference between “team who’s never been there” and “team biding its time until the playoffs.”

Isaiah’s never been on the latter. All he’s ever known is to bust his ass and play hard. Now he’s in Cleveland and everyone there is old and coasting.

It will be interesting to see how scrappy Isaiah will handle all of this. Will he get so frustrated that he continues to call out teammates with more ferocity moving forward? Will his inability to handle losing in a situation like that cause rifts?

We’ll have to wait and see. And I know the Cavs and Isaiah were yesterday morning’s subject too so I won’t drone on about it, but you can count me among those who think the Cavs WILL find a switch to flip when it matters. They’re still 27-18 and they’ve still got LeBron James.

If anything, Isaiah’s comments confirm it for me. No one there is playing hard right now. The only thing that would bug me from a Cleveland perspective is why LeBron is third in the NBA in minutes per game during all this? Why not limit him a little more?

Anyway, Boston plays harder than Cleveland because they’re on the upswing and trying to prove something to themselves and to the league. Maybe someday Brad Stevens will have to deal with a bunch of 34 year-olds trying to squeeze out the last drops of basketball from their tired legs, but right now he’s had teams full of motivated young players. They’re going to play hard for him most nights.

I’m still afraid of Cleveland. Yes, they seem more vulnerable right now than ever, but I think effort will make them dangerous later on. Let’s just hope Boston’s good habits can carry them past Cleveland’s bad habits in a 7-game series.

He will continue to receive treatments for the shoulder, “but I’m just ready to go back out there and play,” Irving said. “I’ve had a few days to reset and do the things needed to put myself in a great position to go out there and play.”

Irving said earlier that the shoulder had been bothering him for a couple weeks and an overtime loss to New Orleans on Tuesday didn’t help matters.

NBCS Boston: Kyrie practices, expected to be back Sunday

There’s some good news… though I would hope the Celtics can get past Orlando without him if necessary.

I hope the Celtics come out hot this afternoon so we can get the taste of the Philly debacle out of our mouths.

David Blatt is taking shots at his old team! pic.twitter.com/jeFIA33tSJ

Globe: Kyrie Irving says he is not concerned with how All-Star draft plays out  |  Tony Allen and the value of grinding out a career