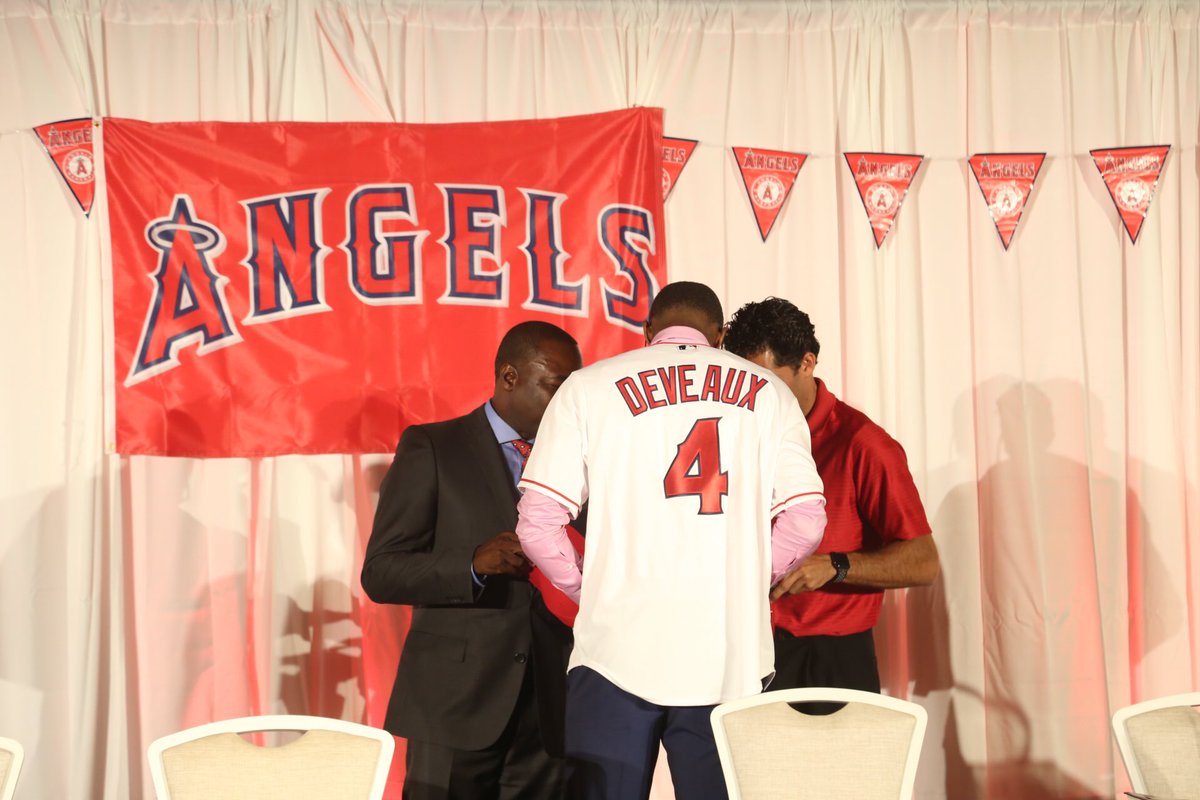 Prospect: Trent Deveaux
Rank: 11
2016: UR
Position(s): OF
Level: Rookie Ball
Age: Entering Age 18 season in 2018.
Height: 6’0” – Weight: 160 lbs
Since we haven’t had the opportunity to watch Deveaux play in person, we are relying on other scouting reports.  He’s been described as the best athlete from the 2017 international class and a 5-tool player.  The most in depth scouting report on Deveaux comes from Ben Badler…
“Deveaux is an outstanding athlete with a strong but lean, projectable build. There’s quick burst in everything he does. He’s an 80 runner who has been clocked as fast as 6.2 seconds in the 60-yard dash. When Deveaux went to the Dominican Republic, he began training full-time in center field, which has been a better fit for his skill set. He glides to balls and covers a lot of ground quickly. With an average arm and an easy throwing stroke that could allow his arm strength to improve, Deveaux has the attributes to develop into an above-average defender at a premium position. Scouts highest on Deveaux said his hitting ability has taken a huge leap forward. Last year, Deveaux had an upright, open stance and a tendency to either slice or roll over too many balls. He closed off his stance, improved his balance and did a better job of staying through the ball and using the middle of the field. He also shows a solid understanding of the strike zone. Deveaux has the frame to add more power later on, though right now he’s mostly a line-drive hitter who can occasionally hit a ball out. A fluent English speaker, Deveaux picked up Spanish during his time in the Dominican Republic, and his aptitude and athleticism have likely contributed already to his ability to make adjustments.”
Essentially, the Angles purchased a lottery ticket with Deveaux.  It’s no secret that the Angels haven’t been able to make any high profile international signings for close to a decade and the reason for that can be traced to Arte Moreno’s decision to fire every director and scout he had in Latin America and start anew.  While there’s little doubt the Angels employees were guilty of these transgressions, they weren’t any more so than any other club.  Moreno simply took a moral stand against such things, which cost the Angels because as we’ve heard before, when it comes to signing international prospects, it’s all about who you know, and after cleaning house, the Angels knew no one.
So it makes sense that upon the Baldoquin restrictions being lifted, the Angels would enter into bidding wars for these international prospects.  In what seems a savvy move, Eppler and co. began with the Bahamas, where no team has any sort of foothold on those prospects.  It’s a market that is just beginning to produce more and more athletes, and the Angels just signed two of the top three prospects coming out of the Bahamas.  While it doesn’t signal any sort of change in the international scouting scene, it could be seen as the start of something.  In a similar fashion, the Angels may hope that signing Shohei Ohtani may lure more Japanese players to choose the Angels in the future, or that by signing Kevin Maitan they could gain some traction in Venezuela.