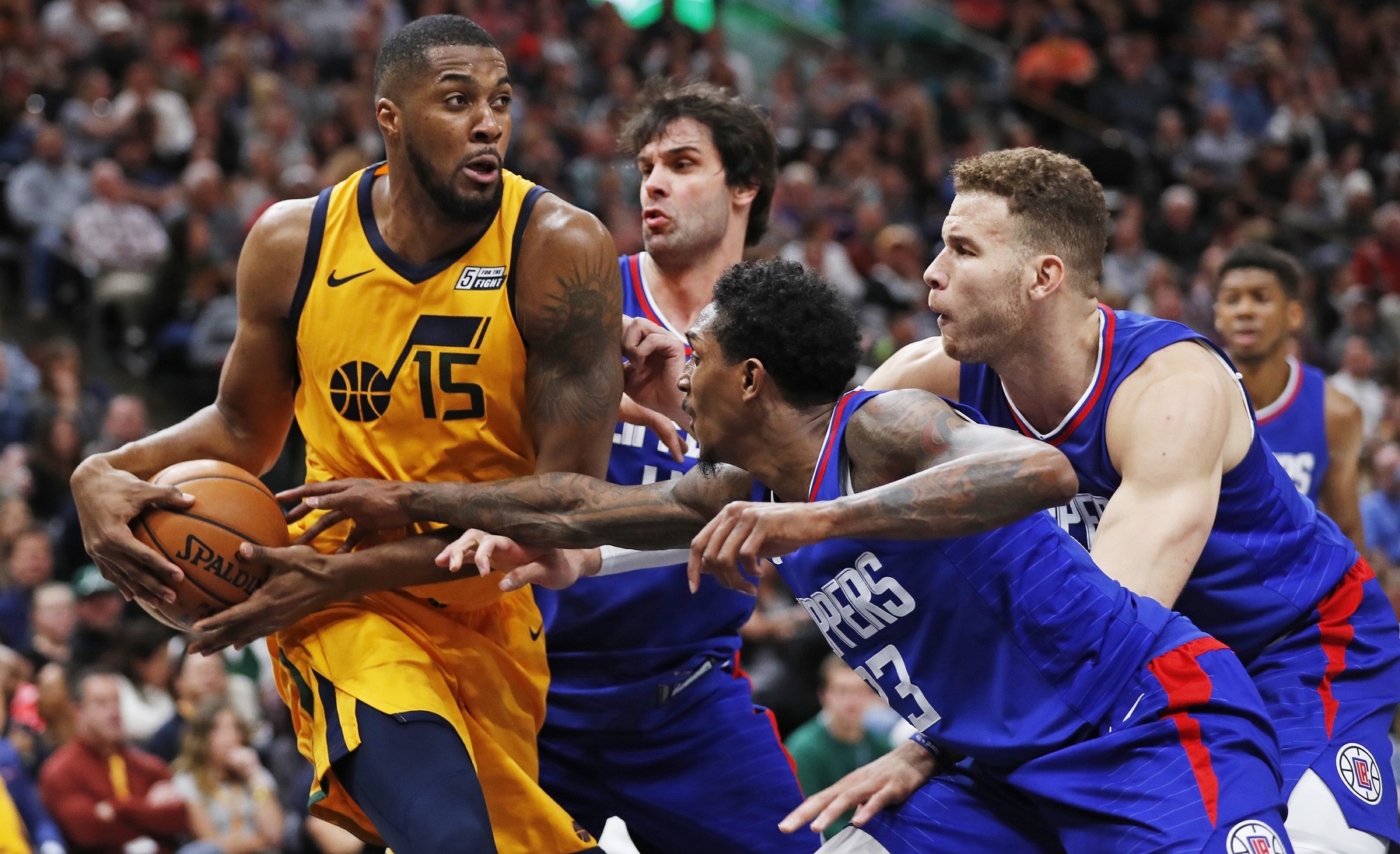 The Clippers entered into Salt Like City hoping for a win, but instead forgot how to play defense. If one were to look at the Clippers’ next 3 games, they would not expect this to be the game that LA loses. The Clippers can’t afford to lose any easy games, as every game matters towards their playoff hopes.

A poor scoring Utah team was able to score 76 points in the first half, on over 50% shooting. The Jazz led by as many as 25 points, without ever losing the lead. The Clippers were able to trim the deficit to only 6 with 1:19 left, but it was too little too late. The team needed perfect execution down the stretch in order to capture the victory, but a team filled with rookies isn’t always going to do that.

Los Angeles did pretty much everything wrong in this game. They allowed a poor offensive team to get a plethora of easy baskets, continuously committed unforced turnovers, and failed to rebound the ball.

| 🎥 | Our @AFCU Instant Rewind is a love letter to when defense ➡️ offense: pic.twitter.com/XjE7RQM2KB

The presence of Deandre Jordan was sorely missed last night. The Clippers were absolutely crushed on the boards 56-34. LA was out-rebounded 25-9 in the first-half alone. The lack of interior presence resulted in numerous easy baskets for Utah. The Jazz had 50 points in the paint, compared to LA’s 38 points.

LA’s only bright spot in the game was Lou Williams. Williams put up a spectacular stat line of: 31 points, 7 assists, and 10 steals.

ICYMI: @TeamLou23 made history last night vs. the Utah Jazz, becoming the first player to record 30+ points and 10+ steals in the same game since Michael Jordan in 1988.

He’s the first person since Michael Jordan to put up 30 points and 10 steals. With games like these, it’s getting pretty hard to deny Lou Williams the All-Star consideration.

Donovan Mitchell and Joe Ingles led the way for the for the Utah Jazz, scoring 23 & 21 points respectively. The Clippers repeatedly disrespected Ingles, allowing him to shoot nearly every shot wide open. The end result was Ingles shooting an impressive 5/10 from deep.

The Final Clip: This may not have been the Clippers’ worst loss of the season, but it was an awful game. Hopefully this game jolts the Clippers for the daunting opponent that lies ahead on Monday.