Are the New York Knicks having an identity crisis? 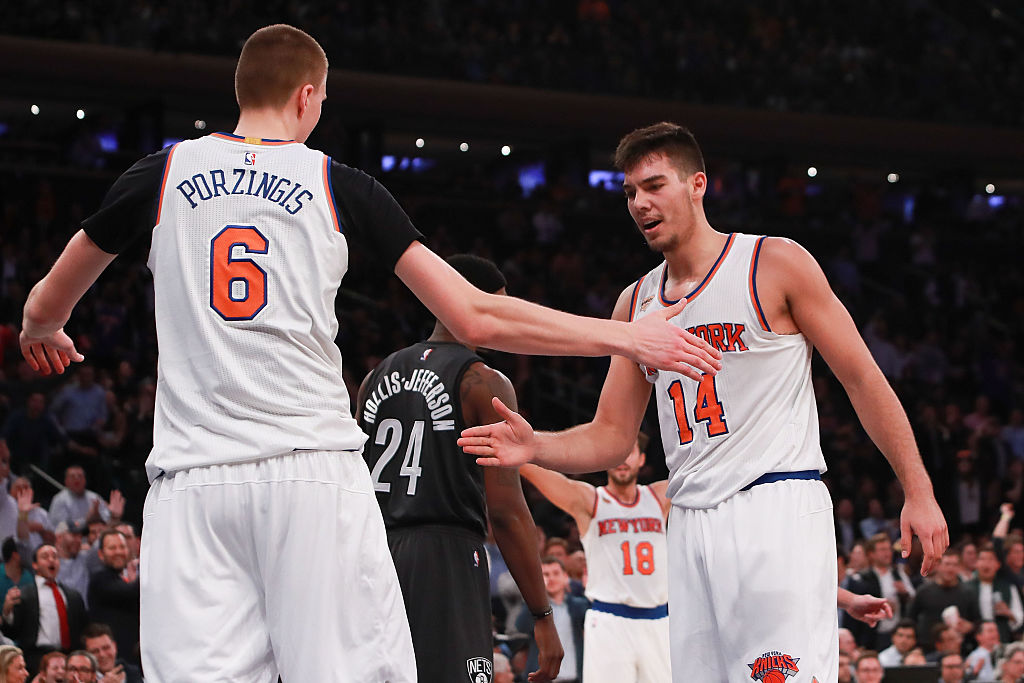 Are the New York Knicks having an identity crisis?

Heading into the season, the Knicks were undoubtedly entering a transitional period. With Carmelo Anthony moving on to Oklahoma City, Kristaps Porzingis was free to assume a new role as headlining attraction of the Madison Square Garden hardwood. Entering his third NBA season, Porzingis was inching closer to becoming a star. Fast-forward to late January, and he’s that much closer. As the big man comes into his own as a leading man, many wonder if he’ll rise up as the savior Anthony failed to be.
Poised to lead a young (but promising) group with the likes of Frank Ntilikina, Tim Hardaway Jr., and Willy Hernangomez drapping him, Porzingis’ Knicks weren’t expected to legitimately compete right away. There was more unknown about this team, but initially, that was okay. The goals surrounding this group included development and patience. As long as the youngsters were wearing their heart on their sleeves, showing a dedication to improving defensively, and playing with hunger each and every night, success would eventually follow and the organization could be content with the progress in the meantime.
Though this was the initial plan, much has changed since the early days of training camp following the trade of Anthony. Coach Jeff Hornacek put his faith in someone he was familiar with, starting double-double machine Enes Kanter at center. Though Kanter’s play has been nothing short of stellar this season, it’s come at the cost of Hernangomez’s development. At 34 years old, Jarrett Jack has emerged as a steadying starting floor general, but his on-the-court presence has led to less exposure and fewer overall opportunities for Ntilikina. One can argue that Courtney Lee is tallying a career-year thus far, and Lance Thomas received most of the spot-starts in Hardaway Jr.’s injured absence.
Coach Hornacek’s decision to put more faith in veteran players has seemingly raised expectations for the Knicks this season. For a good while leading up to the new year, the team held steady with a .500 record and even flirted with a playoff spot. Playing proven veterans should lead to concrete results, rather than simply create a feeling of optimism. As New York sits at 21-26, they’re struggling to keep their head above water. As discomfort and frustration sets in, the Knicks haven’t been able to stop the bleeding. All the while, they’ve watched as young and hungry teams have stampeded all over them.
On Sunday, the Lakers became the latest opponent to do so. The Knicks’ defensive effort was nowhere to be found. Having no Lonzo Ball proved to be problem for Los Angeles. Jordan Clarkson exploded off the bench for 29 points and led five scorers in double-figures. Even Alex Caruso made an impact with his energy and athleticism leading to 9 additional points. From Julius Randle’s physical intimidation down low, to the strong perimeter and long range shooting from Kyle Kuzma and Brook Lopez, the Lakers were firing from all cylinders. Enthusiasm proved to be infectious in this one. The more they celebrated, the less New York put up any resistance at all. They danced and pranced their way to 127-107 victory.
There’s plenty of irony in all of this. While the Knicks won more games early on than expected, it’s safe to say teams like the Grizzlies and Lakers are more on point with where the Knicks planned to be. Instead of keeping development and enthusiasm (i.e., a healthy team culture) in the forefront, this team is more discouraged by its lack of victories. With the trade deadline approaching, the front office will need to decide if this team is “all in” when it comes to competing for a playoff spot. If that’s the case, they’ll need to make a big splash and reel in a number of key acquisitions. If they decide that the gap is (as predicted) too wide to close, they need to become sellers: trade veterans for future assets and embrace the team’s young building blocks. The more they play, the happier they’ll be, and the better they’ll become.