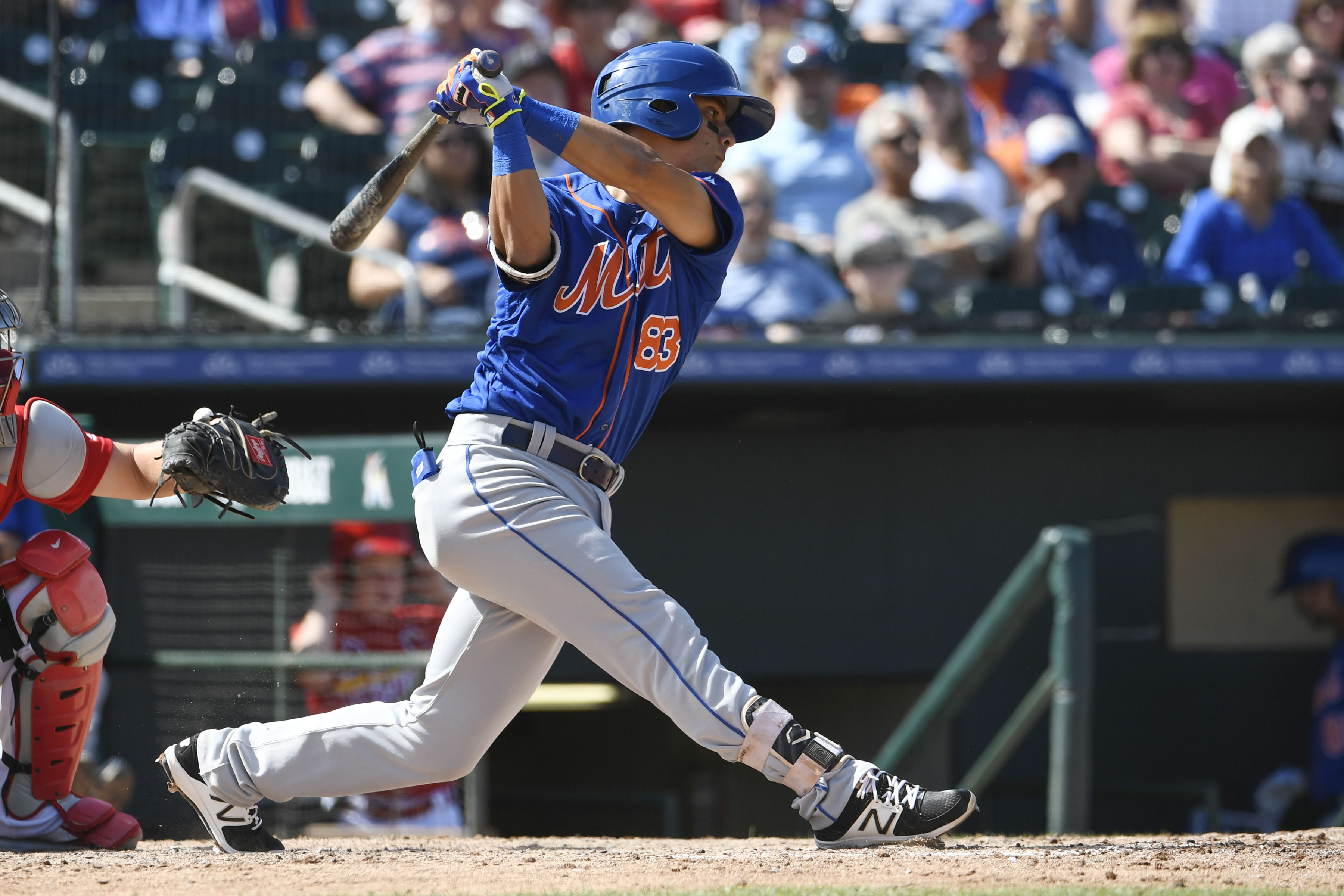 Earlier this winter, New York Mets’ General Manager Sandy Alderson lamented the state of the team’s farm system. Alderson noted that the system has been depleted in recent years due to promotions and trades, leaving the upper levels pretty bare in terms of intriguing talent. This has become a problem for the Mets, who are cutting payroll (which prevents them from going in on top tier free agents) but don’t have the trade chips to improve their roster without adding a ton of money. Baseball America’s Top 100 list reflects this reality as the Mets only have one player on their 2018 list of the top prospects in the game.

The only Met to crack the top 100 was shortstop Andres Gimenez, who checked in at #94. That is a damning indictment of how much the farm system has fallen from just three years ago, when the Mets had a consensus top five minor league talent pool. The Mets’ farm system did graduate a lot of big league players since then, but many of those pieces were acquired by former GM Omar Minaya. Minaya drafted Matt Harvey, Jacob deGrom, and Steven Matz while signing Jeurys Familia and Wilmer Flores, all of whom were core players on the 2015 pennant winners. The Mets also benefited from Minaya’s decision to sign R.A. Dickey to a minor league deal. Dickey went on to win a Cy Young for the Mets in 2012, allowing Alderson to flip him to the Toronto Blue Jays for Noah Syndergaard and Travis d’Arnaud.

Alderson’s record at evaluating young talent has been far spottier than Minaya’s ever was. There have been a few good trades, such as the Dickey trade and turning a rental of Carlos Beltran into Zack Wheeler. The problem is that Alderson’s drafts have been terrible, which has really limited the Mets’ ability to keep feeding young talent into their roster. Alderson has cited trades as a key factor in depleting the team’s minor league depth, but of all the players the Mets traded away to bulk up their roster only one has blossomed into a star. That guy was Michael Fulmer, one of Alderson’s first draft picks who turned into a top of the rotation pitcher for the Detroit Tigers. The Mets ended up getting Yoenis Cespedes in that trade, so its fair to say that deal was a wash.

None of the other players the Mets have traded have really been able to stick on big league rosters, a sign of poor talent evaluation. Apart from Fulmer and Michael Conforto, the Mets’ first round pick in 2014, the Mets haven’t really drafted anyone who has shown serious star potential yet. Alderson has found a few gems in the later rounds, such as Robert Gsellman in the 13th round of the 2011 draft and Seth Lugo in the 34th round that year, but not enough to build up some real depth.

The big issue for Alderson is that he has had a few notable whiffs early in the draft, costing the Mets chances at top tier players. The two most egregious mistakes appear to be Alderson’s first two first round picks. Alderson tabbed Brandon Nimmo with the 13th pick in 2011 draft even though he only played travel baseball in high school in Wyoming. Nimmo has taken a while to develop, finally reaching the big leagues in the middle of 2016, but has yet to profile as more than a fourth outfielder. Alderson passed on both Jose Fernandez and Sonny Gray, both of whom were taken within five picks of Nimmo. Another big mistake came the very next year, when Alderson selected Gavin Cecchini with the 12th pick of the 2012 draft. Cecchini has yet to show the ability to be more than a utility player, and the Mets didn’t even give him regular playing time at the end of last season when they were evaluating young players. The Mets ended up passing on Corey Seager, who the Dodgers picked at 18 and has become one of the top shortstops in the game. Alderson also made a bad miscalculation in 2015, when he gave up the Mets’ first round pick to sign outfielder Michael Cuddyer to a two year contract. Cuddyer lasted only one year with the Mets, batting .259 with 10 homers and 41 RBI’s before retiring.

Those draft mistakes are bad, but they can be offset by making good signings in international free agency. Alderson has signed exactly one international free agent that turned into a top prospect: shortstop Amed Rosario, who made his big league debut last season. Rosario has a chance to be a five tool star, but a team with the Mets’ resources should be able to find more quality young talent than just that. The problem is that the Mets don’t devote nearly enough resources to scouting players in Cuba and Japan, which Newsday’s Marc Carig confirmed in his scathing rebuke of the Wilpons back in December. The Cuban market, in particular, has developed a ton of players that end up being relative bargains on their big league deals, like White Sox’ first baseman Jose Abreu. To be fair to Alderson, Gimenez was an international free agent signing that has turned into a good prospect, but there is still a lot of work to be done on that front.

Alderson’s ability to evaluate talent also came into question at the trade deadline last season, when he traded away multiple veteran players for minor league relief pitchers. Part of the issue was that Alderson opted for payroll relief instead of acquiring the best possible talent, which ties back to poor ownership. The other problem is that by narrowing in one area of need Alderson didn’t land a blue chipper to really boost his farm system. This is particularly disappointing since the Mets were shopping Addison Reed, a high impact reliever who had many suitors in the playoff chase. Reed ended up going to the Red Sox for three minor league relievers who were not among Boston’s top prospects since they took on the remainder of Reed’s salary.

Add all of those factors together and you can see why the Mets only have one top 100 prospect in the Baseball America rankings. Alderson’s inability to build a sustainable farm system may well limit the Mets’ goal of building a sustainable winner, which is problematic when much of the previous core is creeping into arbitration and free agency. This development probably inspired Fred Wilpon to bring back Minaya just before Christmas, which on its face isn’t a terrible idea since Minaya has always shown the ability to find young talent. It does create an awkward dynamic in the front office, which also includes former manager Terry Collins, but the Alderson regime’s inability to truly find elite young talent has brought it onto themselves. 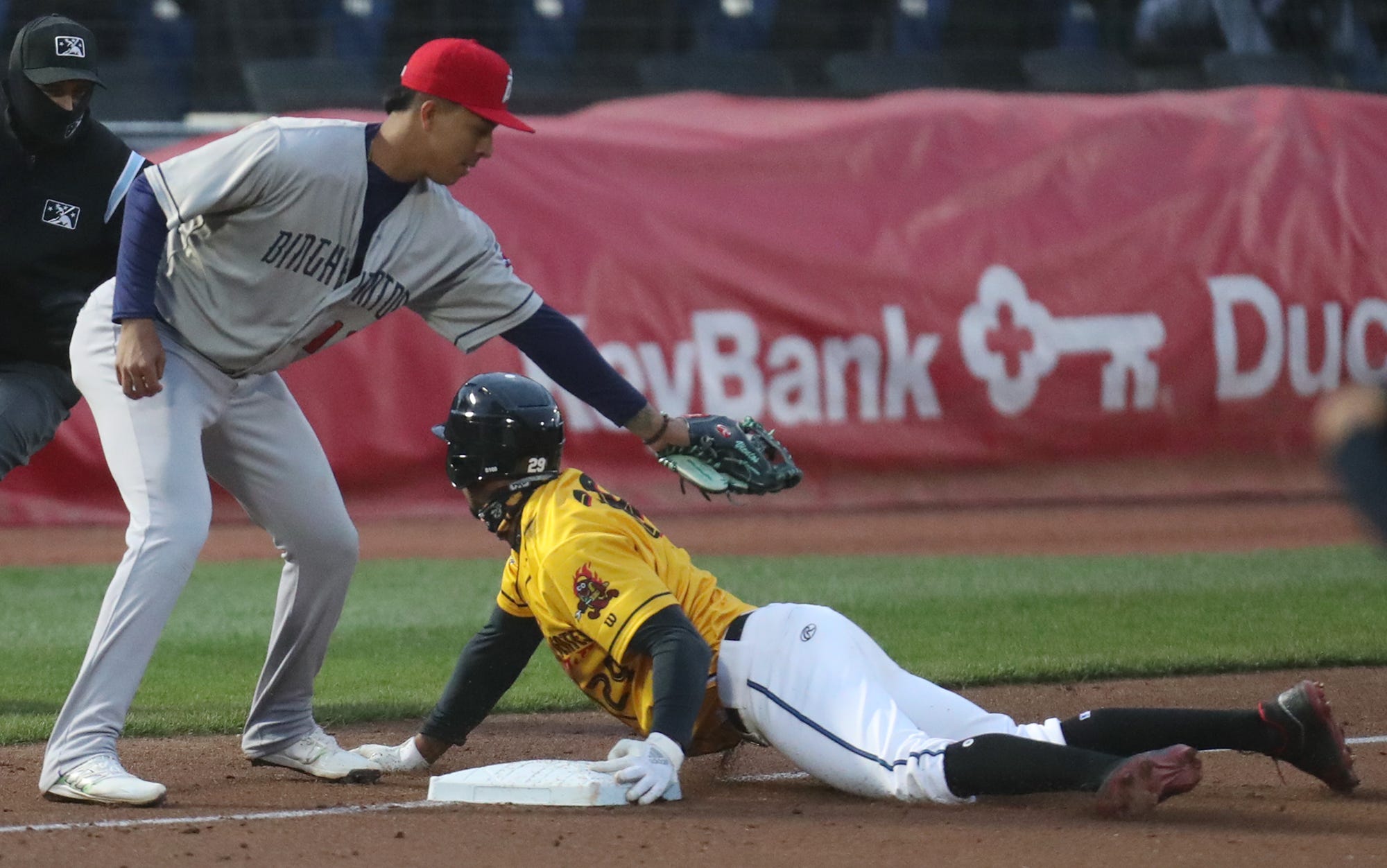