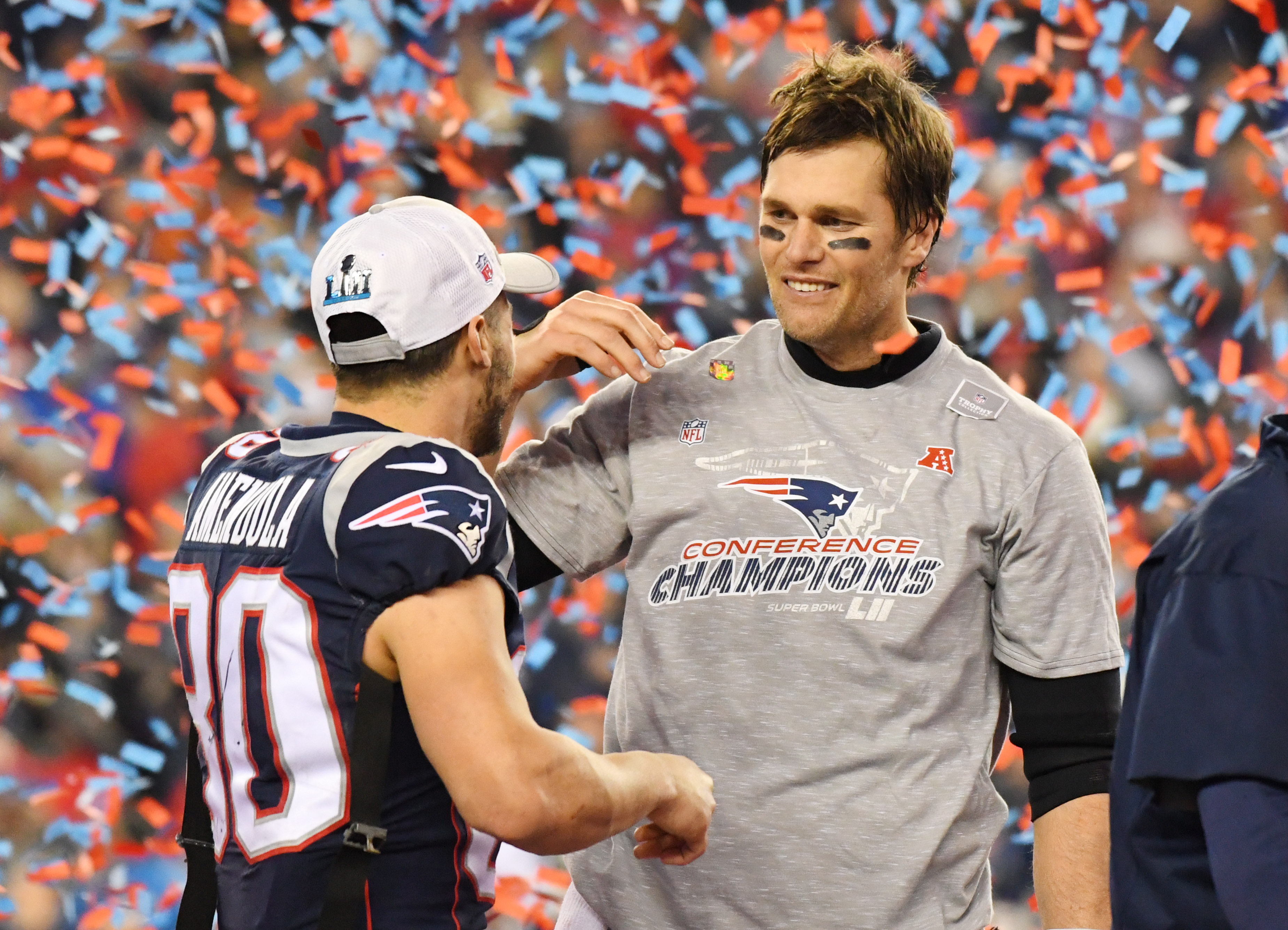 With the Patriots 24-20 victory over the Jaguars, the Patriots are on their way to Super Bowl LII. This Will be the Patriots 10th Super Bowl appearance in franchise history and their third in four years. But this game is more than just a Super Bowl to Quarterback Tom Brady as he will have a chance to win one in a place where he grew up and where some of his family is from.

Brady’s mother (Galynn Brady) grew up in Minnesota and Tom as a kid spent a lot of time there with his grandparents and cousins. On Brady’s weekly interview on 93.7 WEEI in Boston Brady talked about what it meant to be playing in Minnesota.

“Every year we would go back in the summer and spend weeks and we’d go fishing in the summer and ice fishing in the winter,” Brady said. “I milked the cows with my grandpa and just kind of tended the farm. It was a great experience for me born in California, but I have always felt a connection to Minnesota. It will be fun because my uncles still live there, my cousins. We were just back there last year when my grandpa passed away. It’s a great place. It’s really special to go back there. The last time we played Minnesota I had a lot of people come — a lot of family and extended family. There will be a lot of great support here in Minnesota, too.”

The Patriots will have there work cut out for them in this one as the underdog Philidelphia Eagles will be ready for Tom Brady and the Patriots on February 4th. The Eagles blew out the Minnesota Vikings in the NFC Championship game last night 38-7.

This will be a rematch of Super Bowl XXXIX where the Patriots beat the Eagles 24-21 in Jacksonville, Florida. That XXXIX victory capped off a Patriots run on three Super Bowls in four years. The Patriots will have a chance to do that very thing yet again should they win come February 4th.