Your Morning Dump... Where The Celtics Look to End Losing Streak During West Road Trip 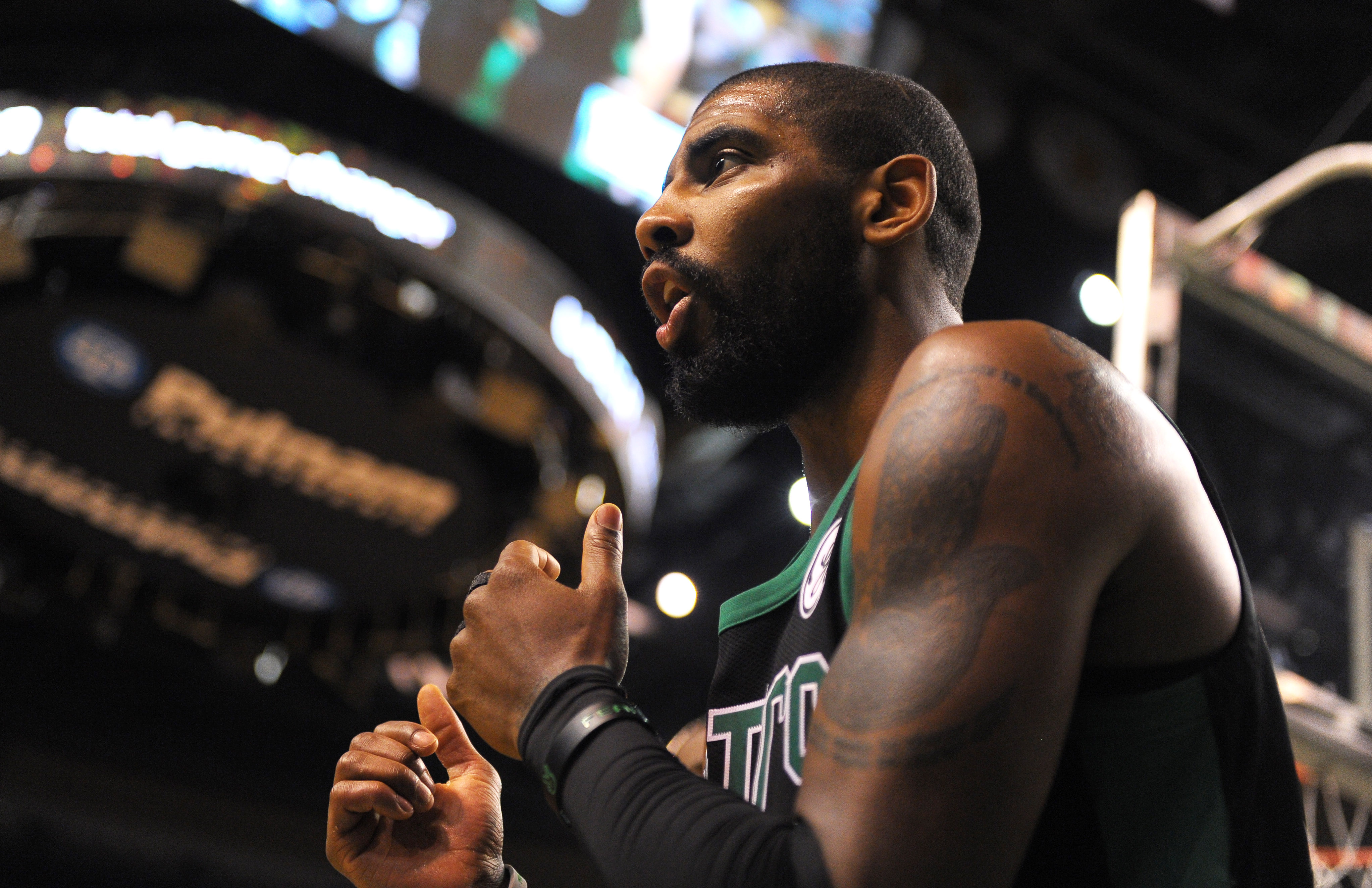 Your Morning Dump... Where The Celtics Look to End Losing Streak During West Road Trip

The Celtics, meanwhile, have sputtered into their first three-game losing streak of this mostly powerful season. It is probably most surprising that it has taken this long for them to lose three games in a row, but the nature of this funk is also somewhat puzzling.

All three losses this week came at home, to teams with a combined 60-73 record. Soon after Sunday’s loss, the Celtics boarded a plane to begin their four-game West Coast road trip. Forward Al Horford, for one, said there is reason for concern.

“In my eyes, I feel like we’re fighting for our lives right now,” he said. “That has to be our mind-set going into Tuesday’s game [against the Lakers].”

It was an unusually strong statement from Horford, especially considering that the Celtics are still atop the Eastern Conference. Point guard Kyrie Irving, who poured in 40 points on Sunday after missing one game with a sore shoulder, views this mild downturn through a bit of a different prism.

The Celtics have dropped three straight following yesterday’s 103-95 loss to the Orlando Magic. After a chaotic December schedule and their trip to London, the team stayed put for three home games this week, but failed to secure a victory.

Despite Kyrie Irving’s 40 points, the Celtics couldn’t match Orlando’s energy. Elfrid Payton scored 22 and Evan Fournier added 19, as the Magic outscored the Celtics 32-12 in the third quarter. Boston staged their usual late game comeback, but they dug themselves in too much of a hole, and Orlando won its 14th game of the season.

In all three losses, the Celtics failed to overcome early deficits. They’ve had this issue throughout the season, but mustered up enough fourth quarter heroics to turn these games into wins. Boston has maintained an unusually high win percentage in close games, and eventually, we knew they’d regress to the mean.

If there’s a player-type who can exploit the Celtics, its a scoring big-man, so losses against Anthony Davis and Joel Embiid seem more excusable. But against Orlando, one of the league’s worst teams, there’s no reason to lose at home.

While Al Horford took a concerned tone when discussing the state of the team, Kyrie has a more positive outlook:

“You gotta hit some adversity. We have to hit something. Like, we need it as a team,” said Irving. “There’s a lot more adversity down the road, and we’ve got to be able to weather the storm no matter what.

“That’s part of the game, and learning one another and being able to figure out how do you respond from that. Us as a group, as we’ve come in the last four months or five months, it’s new. We need to hit something like this in order for us to grow. It’s part of the game. It’s part of being on a team, part of being a professional on any team, in any environment. You gotta have stuff like this where you gotta figure it out.”

The Celtics faced adversity after Hayward got injured on opening night. Since then, it’s mostly been smooth sailing. Nobody expected them to win 16 straight games and maintain a 60-win pace. They were so successful responding to the initial adversity, and as long as remaining guys stayed healthy, there was seemingly nothing that could bring this team down.

This losing streak shouldn’t be too concerning. Every team has ebbs and flows throughout the 82 game season, and the Celtics are no exception. Their performance has vaulted them into elite status, but they’re still the league’s third youngest team, and despite their early-season success, this rough patch was inevitable.

Brad Stevens has repeatedly stated that this team isn’t as good as their record shows, that statistically, they don’t match their record. The defense remains rock solid, but we’re still waiting on the offense to find its stride.

The Celtics head west to face the Lakers on Tuesday, followed by the Clippers the next night, and a national TV matchup against Golden State on Saturday. The home stand clearly didn’t help, maybe the road trip will help them regroup.

Page 2: Where the Celtics Could Use Another Body

Inasmuch as Jaylen Brown and Jayson Tatum supplemented the scoring of Kyrie Irving through the first 35 games, each is mired in a slump. Tatum, whose 3-point percentage soared to the 50 percent range in December, is now 9 for 32 in his past 10 games.

Brown has had a difficult January, shooting 41.5 percent from the field, 26.4 percent from the 3-point line and averaging 13.5 points. Without that offensive support for Kyrie Irving, the Celtics are languishing through scoring skids, such as the third quarter Sunday.

And when they go with their bench, it’s been disastrous in certain stretches. The Celtics’ reserves were outscored, 38-8, by the league’s worst team Sunday. Marcus Smart committed four turnovers in a five-minute stretch of the third quarter. Terry Rozier finished 1-for-9 shooting and missed all five 3-point attempts.

The Celtics have depended heavily on Smart and Rozier for bench scoring this season, but both have been wildly inconsistent. It’s not all their fault. Smart has been erratic offensively throughout his career and Rozier is adjusting to an expanded role in his third season and isn’t an accomplished scorer.

That’s the issue when a team depends so much on younger players. The Celtics don’t have any grizzled veterans on their bench who can score and that has become an issue for a team that’s been offensively inconsistent all season.

Boston Globe: Time for Celtics to make a Trade

The trade deadline is under a month away, the Celtics trade news should start heating up over the next few weeks. They won’t dominate the headlines like previous years, but everyone wants to know how they’ll use the $8.3 million disabled player exception from the Hayward injury.

Every year, a handful of veteran players get bought out by non-playoff teams. They’ll then sign for the remainder of the season with a contender, almost always for the league minimum. The Celtics, armed with the $8.3 million exception, can outbid every team. They’ll be in prime position to sign the top available player.

The buyout candidates are usually tough to gauge. We’ll get a clearer picture after the trade deadline, but right now, Greg Monroe and Nerlens Noel are early targets for the Celtics.

There’s a chance Danny Ainge won’t use the exception. He said in previous interviews that they’ll only use it if they need to. It really makes no sense why they wouldn’t, but if Danny doesn’t think it’s necessary to give a guy $8 million for two months, he won’t offer the contract.

With all the player movement this offseason, people around the league aren’t expecting fireworks during this year’s trade deadline. DeAndre Jordan and Kemba Walker will be the biggest names. It’s not looking like the Celtics will make a big trade, but we never know with this front office.

Looks like Gordon Hayward is back to shooting on two feet 👀

I’ve been telling myself he’s not gonna return this season, but these videos aren’t helping…