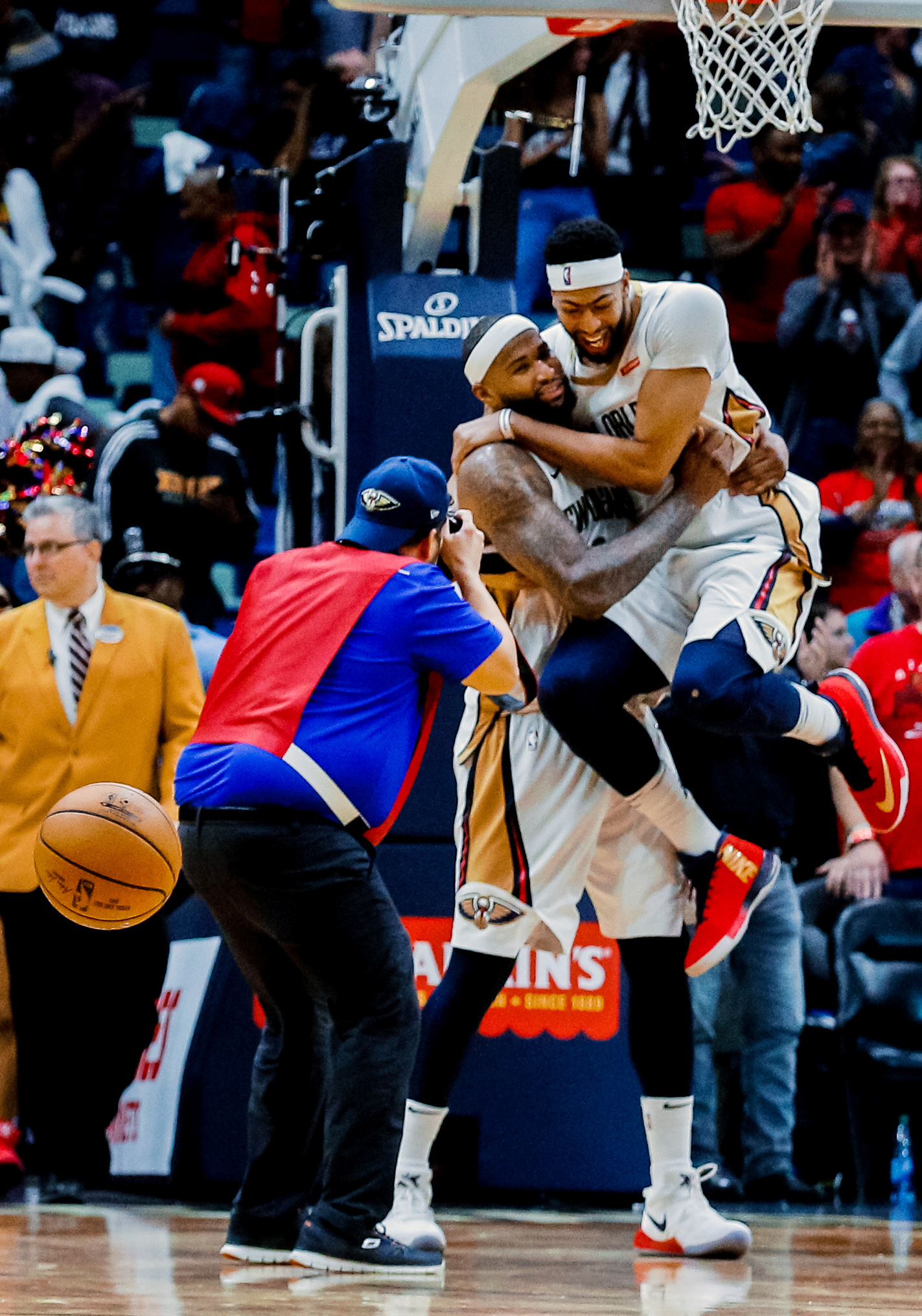 New Orleans,LA- The New Orleans Pelicans took on a young and dangerous Chicago Bulls team Monday night in the Smoothie King Center. The Pelicans came out and won the first half in a tough effort before falling going down by 18 in the second portion of the game. New Orleans becoming known for its third quarter collapses battled hard in the fourth, to make a serious of stops to force the game into overtime. The Bulls for much of the game were very scrappy as 6 of their players were in double figures.

The Pells Big Two of Anthony Davis & DeMarcus Cousins were beyond excellent as they carried this team on their shoulders. Davis fouled out in the first of the two overtime periods with 34 points 9 rebounds playing 43 minutes. Then it was time for Boogie Cousins to captain the ship & he did, finishing the game in historic fashion with a 44 pts 24 rebs 10 asts triple double game. Cousins triple double is the second forty point twenty rebound & ten assist game in fifty years since Wilt Chamberlain did it in 1958. New Orleans earned an excellent win in double overtime 132-128 which propelled them four games over 500 the first time in three years since Al Gentry took over as coach.

The Pells shot 42% from field & 36% from beyond the three. New Orleans by many accounts weren’t perfect in this win as they missed critical free throws, fouled a jump shooter behind the 3 point line & allowed themselves to fall back by 18 points. BUT give New Orleans credit for having heart as they battled back & took the game away from the Bulls. Chicago made too many errors (24) of them that cost them the game, among other miscues.

The Pelicans are now 25-21 standing sixth place in the Western Conference race & third place in the Southwest Division. The team faces the Charlotte Hornets (19-26) away on Wednesday night, looking to climb higher against a Hornet club in disarray.