Clippers Fail to Rebound Literally and Metaphorically Against Wolves 126-118 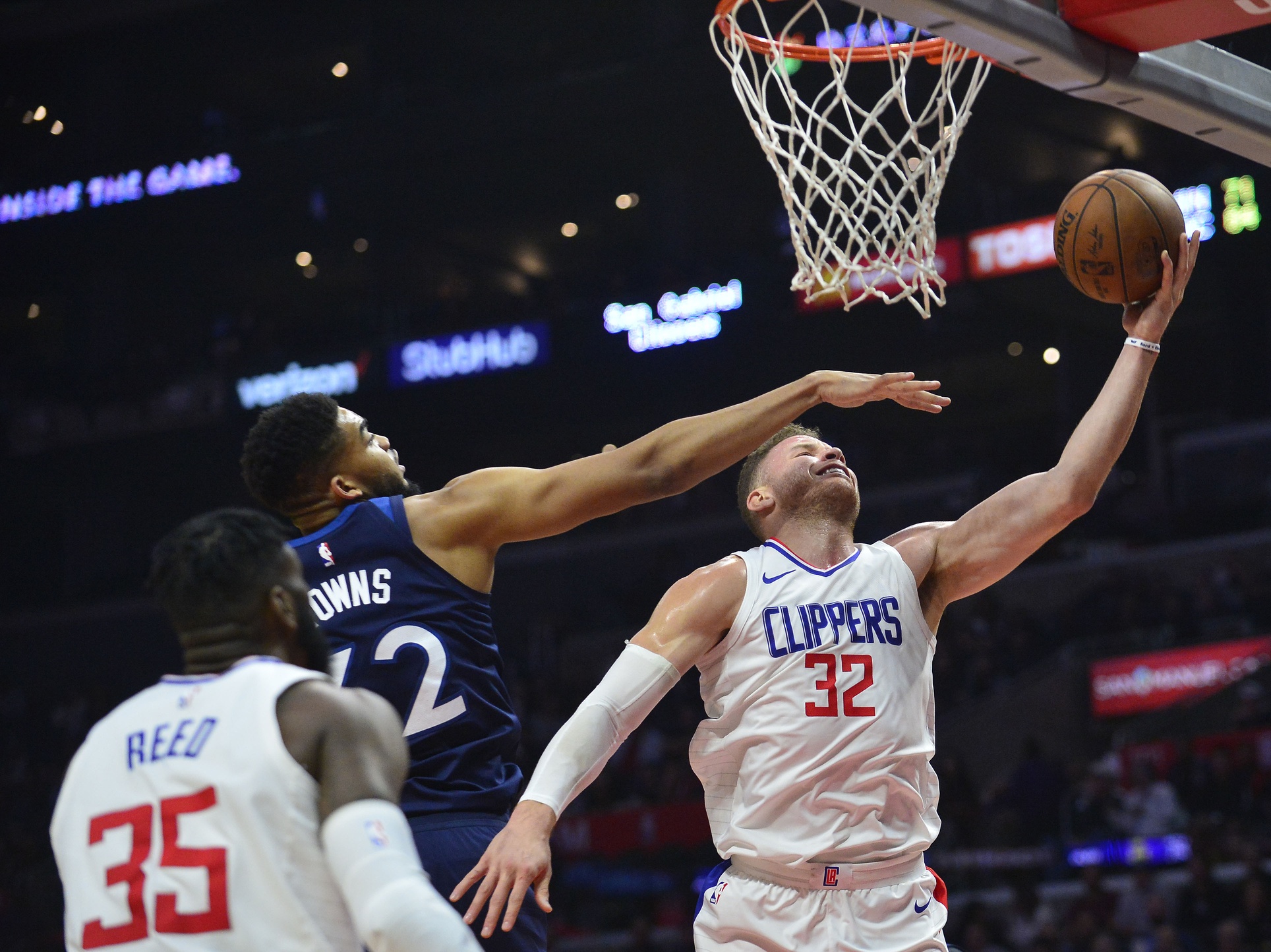 Clippers Fail to Rebound Literally and Metaphorically Against Wolves 126-118

The Clippers played their greatest offensive game of the season against the Wolves, but ultimately came up short in a rough loss.

Astonishingly, the Clippers lost the game despite shooting 56% from the field, netting 31 assists, and scoring 72 points in the paint. The entire game was tense, as there were 22 lead changes and 12 ties.

Blake Griffin led the way for the Clippers with a triple double: 32 points, 12 assists, and 12 rebounds. On the opposite side, Anthony Wiggins was absolutely unstoppable for the Timberwolves. Wiggins had 40 points on a blistering 16/28 shooting.

Andrew takes the secret tunnel all the way to the rim! pic.twitter.com/mK7sSf6LAR

Many fans were questioning both the free throw disparity, and the 4 technical fouls the Clippers received at the end of the game.

In the final minutes of the game, the following Clippers were called for technicals: Blake Griffin, Sam Cassell, Doc Rivers, and Mike Woodson. Doc Rivers elaborated on what was said that resulted in the techs.

Doc Rivers addresses the 4 technical fouls at the end of the game. #Clippers #Wolves pic.twitter.com/rofXOmnT4K

While the free throw disparity didn’t help the Clippers, the team lost because of their rebounding troubles.

Those rebounds also resulted in a ton of 2nd chance points for the Wolves; Minnesota won the 2nd chance points battle 21-6. The Clippers were very short-handed tonight, and there was no way they were going to win this game without it being close. The game would ultimately be decided by key missed rebounds, and turnovers.

The Final Clip: This was a very rough loss for the Clippers. The team played great basketball for 99% of the game, but collapsed in the final minute of the game. With all of the injuries continuing to pile up, the margin for error just keeps getting smaller and smaller. That margin will be tested on Wednesday against the Eastern Conference’s best team, the Boston Celtics.