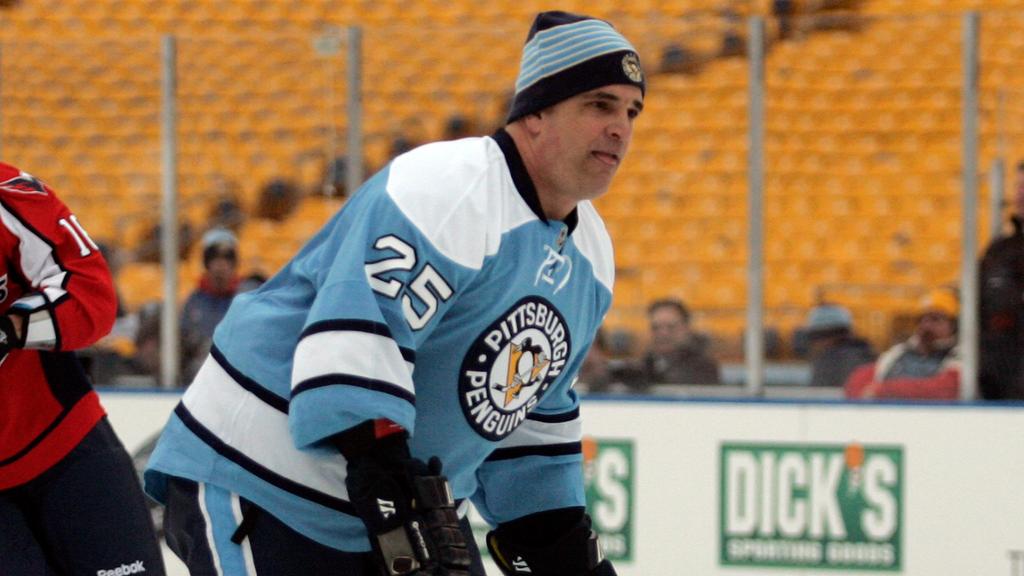 Seven years ago, my first live coverage assignment was at the four-day Molson Canadian World Hockey Summit in Toronto. It was an end-of-summer symposium which generated ideas on how to improve hockey at all levels. Major hockey influencers such as Gary Bettman, Bill Daly, Steve Yzerman and Rene Fasel attended to offer their insights.

On the second day, the panel discussion topic was global junior hockey programs. One of the speakers was Jim Johannson, assistant executive director of USA Hockey, who passed away suddenly on Sunday at 53. He described the system the Americans put in place to promote elite hockey development through high school, college, a three-tiered junior system and the National Team Development Program.

I remember being struck by Johannson’s knowledge and confidence in the structure that USA Hockey had implemented and wanted to ask him some follow-up questions. That day, after the panel ended, in the bowels of the Air Canada Centre, Johannson patiently answered my banal, wordy questions and again, his confidence that hockey programs across the U.S. were on the right track, shone through.

Judging by the anecdotes about Johannson and the outpouring of condolences over the past two days, he treated everyone – from hockey executives and players to rookie reporters – with respect and courtesy.

The arc of Kevin Stevens’ career and life is familiar to most everyone who has followed the Penguins for the past 30 years. And depending on your viewpoint, Stevens is either a cautionary tragedy or a classic American redemption story.

Hockey Night in Canada aired a half-hour feature, “Kevin Stevens: Shattered“, two Saturdays ago that revealed a lot about the depth of depravity Stevens sunk into, but also a lot about some second chances that have enabled him to still remain alive.

“Just a great guy. Best guy in the world.” – Mario Lemieux
“Life of the dressing room. The guys just loved being around him.” – Mark Recchi
“He had the total package. Beautiful wife, a great family.” – Rick Tocchet

In addition to being the most loved teammate, he was arguably the most dominant left wing in the NHL in the early 1990s and certainly in Penguins’ history. He was the first Pittsburgh left wing to score 20+ goals in four straight seasons since Lowell MacDonald and there would be no Penguins left wing like Stevens until Chris Kunitz. The power, size and scoring touch of Stevens joined with Lemieux and Tocchet to form hockey’s most unstoppable line.

Yet it was a decision to use a line of cocaine in a New York City bar near the end of the 1992-93 season that triggered, in Stevens’ own words, “24 years of chaos.” Two months later, he shattered his face in the franchise-changing playoff elimination loss to the Islanders and suddenly, long-term use of prescription painkillers escalated his dependence on drugs.

Stevens did come back to play two more solid seasons for the Penguins but his drug addiction was beginning to affect his career and life. “You look at my career: I had 30, 40, 40, 50, 50 (goals), then addiction … You’re going to lose everything until you stop. It just takes and takes and takes.”

In 2000, he was arrested for soliciting a prostitute plus possession of drug paraphernalia. Many hoped this terrible situation would be the punch to the face that Stevens needed to jolt him into choosing a straight life. He returned to finish his career with the Penguins and Lemieux got him a scouting position with the team.

However, the subsequent part of Stevens’ life is always hard to watch. Instead of gratefully treasuring his second chance at a career and life, Stevens continued to lose his battle with addiction.

The Penguins intervened in 2010 and sent him to a rehabilitation clinic in Florida. He relapsed and his marriage ended. In late 2014 he broke his neck in a car accident which required heavy doses of painkillers. One year later, the FBI caught him in a Massachusetts sting for possessing and conspiring to sell the prescription painkiller, Oxycodone. Stevens faced up to one year in prison.

Fortunately for Stevens, he was once again given another chance. The judge was merciful and sentenced him to three years probation and a $10,000 fine with orders to continue counselling and treatment and to speak to the community about the dangers of drug addiction.

“I know a lot of friends who have passed and died. [They thought] nothing was going to happen to them; these guys were strong. And then one day it takes your life and that’s what addiction does. It’s very, very, very, very serious right now and it’s very scary to a guy like me.”

Addiction is like a leech, constantly draining one’s life away and Stevens is certainly a representative, cautionary tale. While watching and listening to him talk, regret clearly radiates from his eyes and voice. And inevitably, there is a sense of sadness all Penguins fans feel for what might have been.

Because addiction is not an easy one-time fight. It’s inside you and when you think you’ve defeated it, it still festers and attacks in your darkest, loneliest moments. There are often small victories and many relapses. It takes lots of professional encouragement and support from friends. Fortunately for Stevens, Lemieux once again reached out to him and brought him back into the fold this season with another scouting position.

While his ability to scout for the Penguins will help the team and him succeed professionally, his success off the ice at helping others also struggling with addiction will be immensely more meaningful.