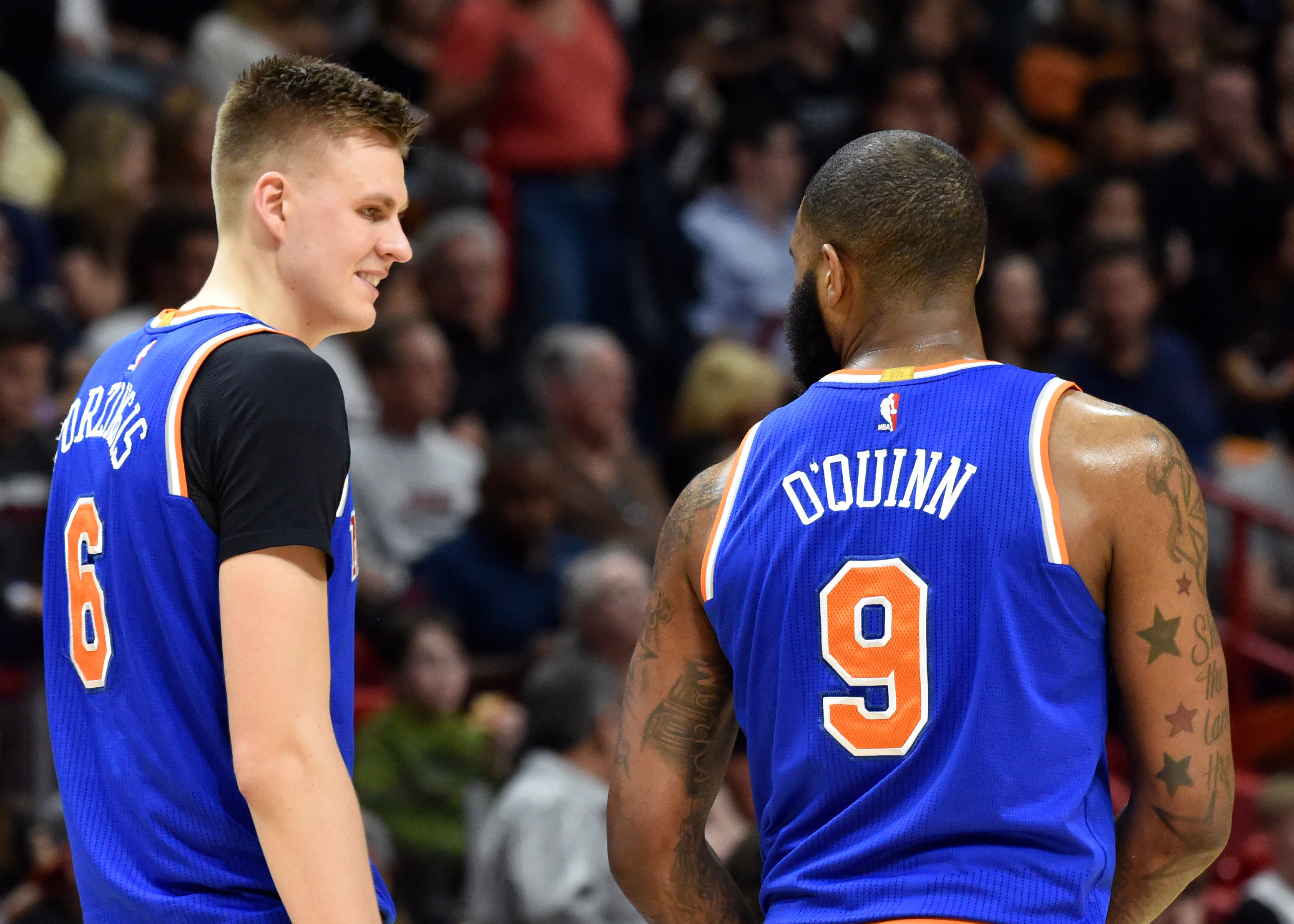 The Knicks’ daunting road trip will next take them to Oracle Arena to face off with the defending champion Golden State Warriors. If such a matchup wasn’t intimidating enough, New York will now need to go to battle without budding star Kristaps Porzingis.

The good news is Porzingis isn’t expected to be sidelined for too long.

KP6 is out with knee soreness from twisting it at practice Monday. Hornacek said he’ll be back next game. Sorry Draymond.

If there’s any silver lining to the aforementioned absences, it’s that both Willy Hernangomez and Joakim Noah should be expected to get some necessary (though recently uncommon) burn in this game. In order to develop and build upon his promising rookie season last year, Hernangomez needs to play. As far as Noah is concerned, he has shown flashes of those sound defensive fundamentals still being intact despite limited action this season.

Though both players are poised to see the court more against the Warriors, one should expect defensive specialist Lance Thomas (who has started 21 games already, filling in for Tim Hardaway Jr. and others) to be elevated into the first unit once again.