Your Morning Dump... Where I guess we'll talk about Gordon Hayward 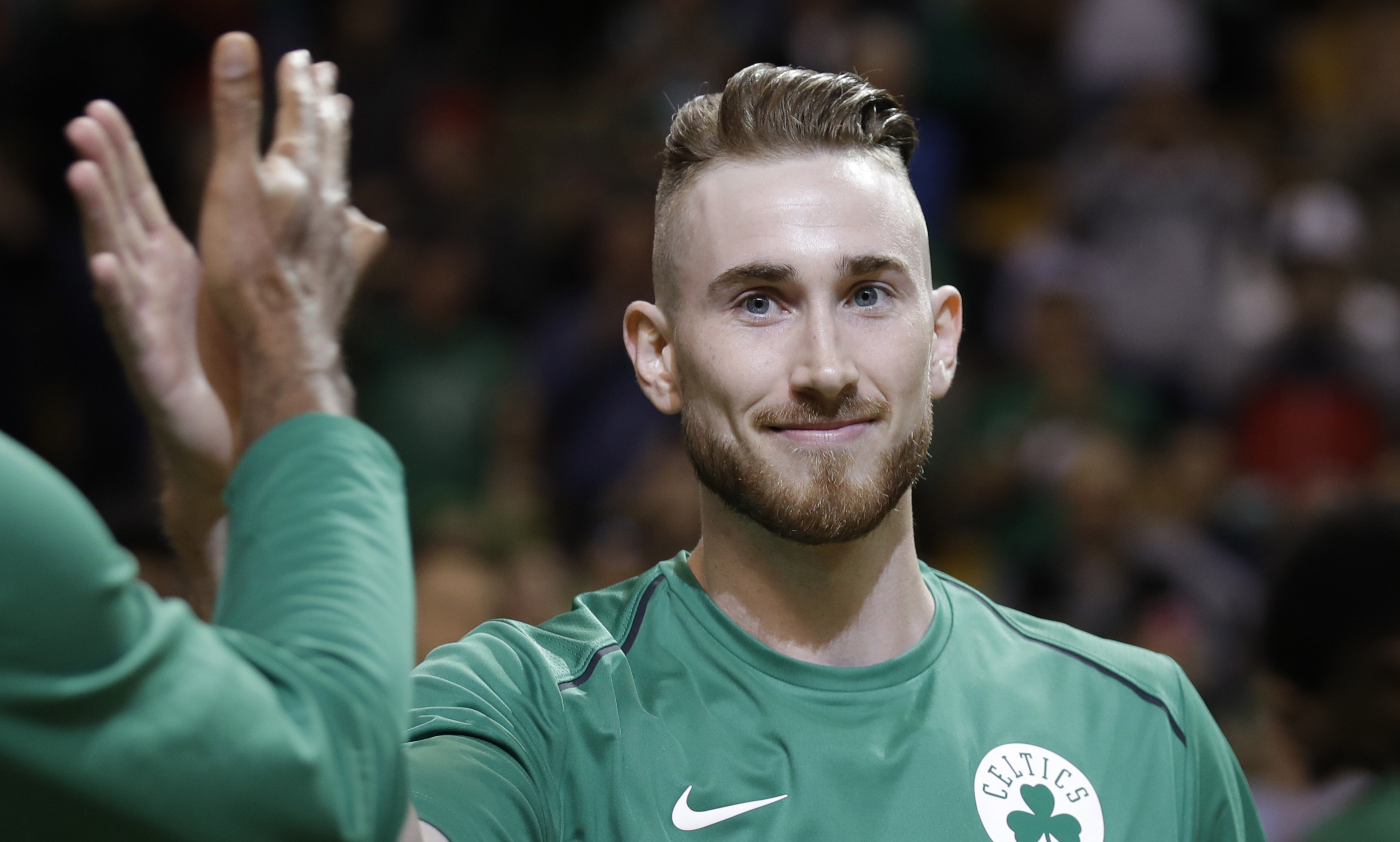 Your Morning Dump... Where I guess we'll talk about Gordon Hayward

“I think what we could really use is like a 6(-foot)-8 wing player that can shoot,” said the Celts’ president of basketball operations. “A guy who can play off the ball and create offense on the ball, and also play multiple positions defensively.”

Told that it sounded as if he was shining the Bat Signal for Gordon Hayward into the Boston sky, Ainge laughed hard.

“I mean, quite honestly, as I’ve looked at our roster, I’ve been saying that all year long, but, yeah, we could use one more creator,” Ainge said. “And the fact that Gordon can create offense and handle the ball and take the burden off of Kyrie (Irving) — and also play off the ball and space the floor — I’ve thought that many times as I’ve looked at our team and what do we need and what are we lacking? But that definitely is No. 1.”

The Celtics enter this trade season in a position they haven’t really occupied since 2010. They’re not really buyers, and they’re not really sellers either. Sure, you’ll always have people trying to float crazy ideas like “Tatum and Brown and the Lakers pick and Al Horford for Anthony Davis,” with predictably lame arguments in support of such things.

And we’ve yet to see this year’s version of “I can’t believe Ainge won’t trade Rozier for Serge Ibaka,” but I’ve no doubt it’s coming.

Oh, and maybe Gordon will be back yet this season?

I mean, we know that he can shoot the ball, and we know he’s moving around without a brace, and just yesterday we found out that he’s shooting the ball without a brace!

So, I mean, come on how much farther does he have to go? I mean, standing and shooting are like what? 95% of the stuff you have to do to be an NBA player, right?

Page 2: Where I guess we have to talk about Hayward’s team too:

On the other hand, there is Hayward’s team. The Celtics came out to the west coast seeking warmer weather and their groove. They haven’t won in the United States since Jan. 6, when Jayson Tatum hit a clutch 3-pointer to get them past the Nets. After that they beat the 76ers in London, then returned home to lose to New Orleans, Philadelphia and Orlando.

“I just think we’ve been in a little bit of a funk,” said Ainge. “I don’t know if there’s one thing you could point to. I mean, we’ve had a tough time making some shots. We haven’t played our defense. We’ve had too many turnovers. And those aren’t happening every game; it’s just that one or two of those things seems to be happening every game.

(more from that Herald article)

And there’s exactly the kind of perspective you like to see from your general manager. If you have players or coaches that are taking a relatively ‘meh, just one of those things’ approach to a losing streak that has seen some thoroughly ugly basketball, that isn’t good.

On the other hand, you don’t really want a GM that’s hitting the panic button after a three game losing streak.

“But I still believe in this group of kids and this team, I like our leadership on the team, and I’m not too worried about it.

“It’s not fun to watch the last few games, but I’ve been in the league a long time, and it’s rare that you don’t have these spells.”

Yep. A GM that recognizes ‘these spells.’

Sure beats the alternative, doesn’t it?

Speaking of the alternative….

Within factions of the locker room, there has been blame for the Cavaliers’ struggles directed at everyone from Love to Isaiah Thomas, to Lue and the front office, led by Altman, and owner Dan Gilbert, league sources said.

There are no problems in Cleveland. In fact, you’re the one with the problem.

No, I’m not mad. I’m laughing. But not as hard as I’ll be laughing when LeBron is back in the Finals! Ha ha!!

Jason Kidd: "I enjoyed my time in Milwaukee. There's no regrets. We took an organization that was in a bad place and shined a light on it. They're still young in running their race. Giannis is young in running his new race, as one of the best players in the world."

Kidd says Antetokounmpo replied, "'What can I do? I'll call the owners, I'll call my agent."

Kidd said he told him, "There's nothing you can do. All you can do is tell the truth. That's it."

Jason Kidd is not done in the NBA. He’s a terrible coach, a narcissist, and someone who has, to the best of his own recollection, never made a mistake.

But none of those things are going to keep you from landing a gig as an NBA coach.

His replacement? I’m not optimistic.

First of all: This is a plum job. The Bucks have a loaded and young roster, and let’s face it, this season is already wasted.

The smart move is to play out the string and replace Kidd in the off-season. That way you don’t have a chaotic situation like what unfolded yesterday, with Giannis threatening to call the owners, etc.

In the long-term it doesn’t make any difference if you fire Kidd now or at the end of the season–especially since the team isn’t in a hurry to name a permanent replacement and seems unlikely to do so before the season ends anyway.

So you’ve got a team that knows they have a plum coaching job, and they’re not very bright, collectively. I’m expecting them to hire a retread, possibly out of the broadcast booth, and that they’ll give preference to name-brand guys like JVG, Karl, or Mark Jackson.

NBC Sports: Dose of West Coast could be what C’s need